The fourth is the Mulga Rock Uranium project. A concerning development of a merger between WA uranium hopeful Vimy Resources and Deep Yellow is under way.

The Mulga Rock uranium project east of Kalgoorlie is now under the leadership of a team with a track record of over-promising, under-performing and literally blowing up cultural sites. Deep Yellow's Chairperson Chris Salisbury was the Iron Ore boss at Rio Tinto during the Juukan Gorge destruction. Deep Yellow's Managing Director John Borshoff was the Director of uranium company Paladin. During his leadership there were ongoing reports of industrial disputes worker fatalities and environmental concerns. 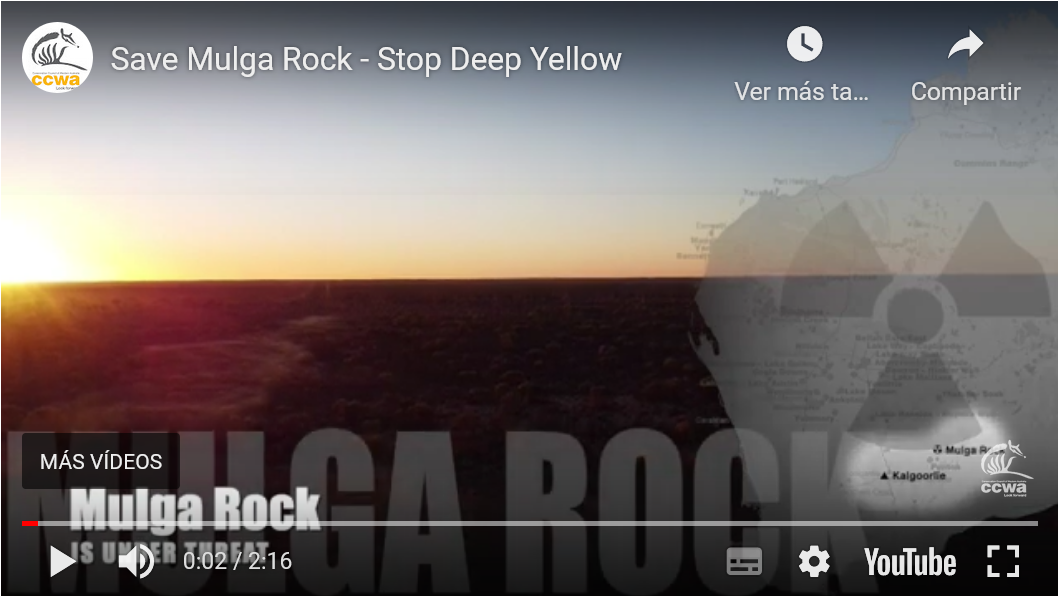 Mulga Rock is on Upurli Upurli Nguratja country in the Yellow Sandplain Priority Ecological community in the Great Victoria Desert (GVD) and home to the endangered Sandhill Dunnart – one of three remaining areas where the species is found in Australia. There are strong connections to the area and a strong history of impact and resistance to the nuclear industry.

“We don’t want uranium mining. We’ve written to government to let them know we the Traditional Owners have not been consulted. The current clearing at the site is disrespectful and shows a total lack of social value, moral and ethical leadership.” - Debbie Carmody – Upurli Upurli Nguratja

The Friends of the Earth Melbourne's Nuclear Free Collective will be organising a Mulga Rock info & banner making night mid July. Please follow our social media channels or check into this page soon for updated details.