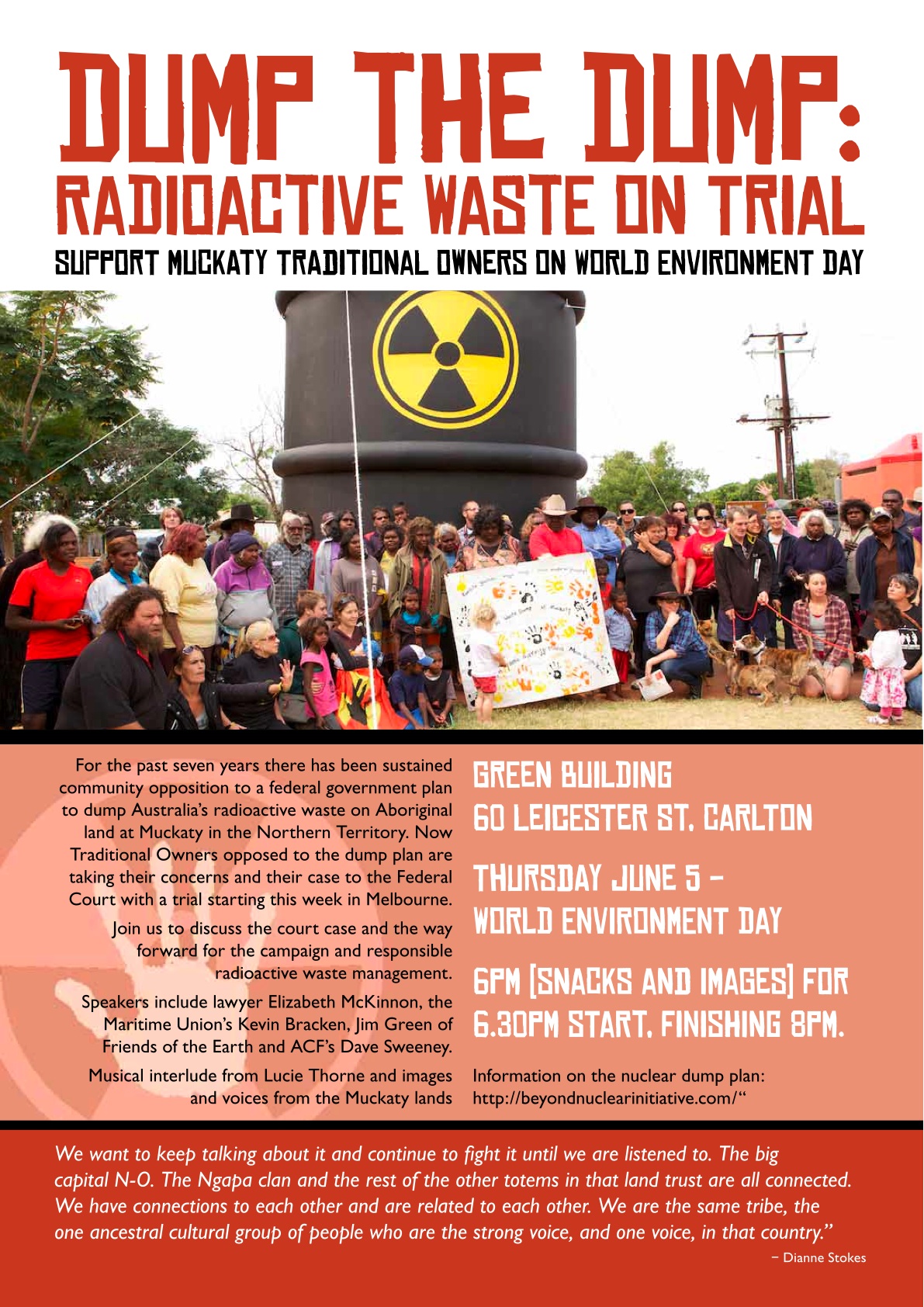 For the past seven years there has been sustained community opposition to a federal government plan to dump Australia's radioactive waste on Aboriginal land at Muckaty in the Northern Territory.

Now Traditional Owners opposed to the dump plan are taking their case to the Federal Court with a trial starting on June 2 in Melbourne.

Join us to discuss the court case and the way forward for the campaign and responsible radioactive waste management.

Musical interlude from Lucie Thorne and images and voices from the Muckaty lands.

Check here for updates on the Court case.

Court proceedings begin on Monday 2nd June until Friday 6th June in Melbourne, before continuing in Tennant Creek and Darwin for the entire month. To support the Muckaty Traditional Owners in the Federal Court in Melbourne:

Supporters are welcome in the open courtroom all week

"We want to keep talking about it and continue to fight it until we are listened to. The big capital N-O. The Ngapa clan and the rest of the other totems in that land trust are all connected. We have connections to each other and are related to each other. We are the same tribe, the one ancestral cultural group of people who are the strong voice, and one voice, in that country."