The River Country Campaign was alarmed last week to discover that Greg Hunt, Australia’s ‘Minister for the Environment’, had approved a controversial logging trial in a NSW Red Gum National Park and Ramsar-listed wetland.

In 2010 new Red Gum National Parks were declared and just six years later, Australia’s Minister for the Environment wants to bring back logging machinery into a Park, which is only just starting to recover from century long logging practices. 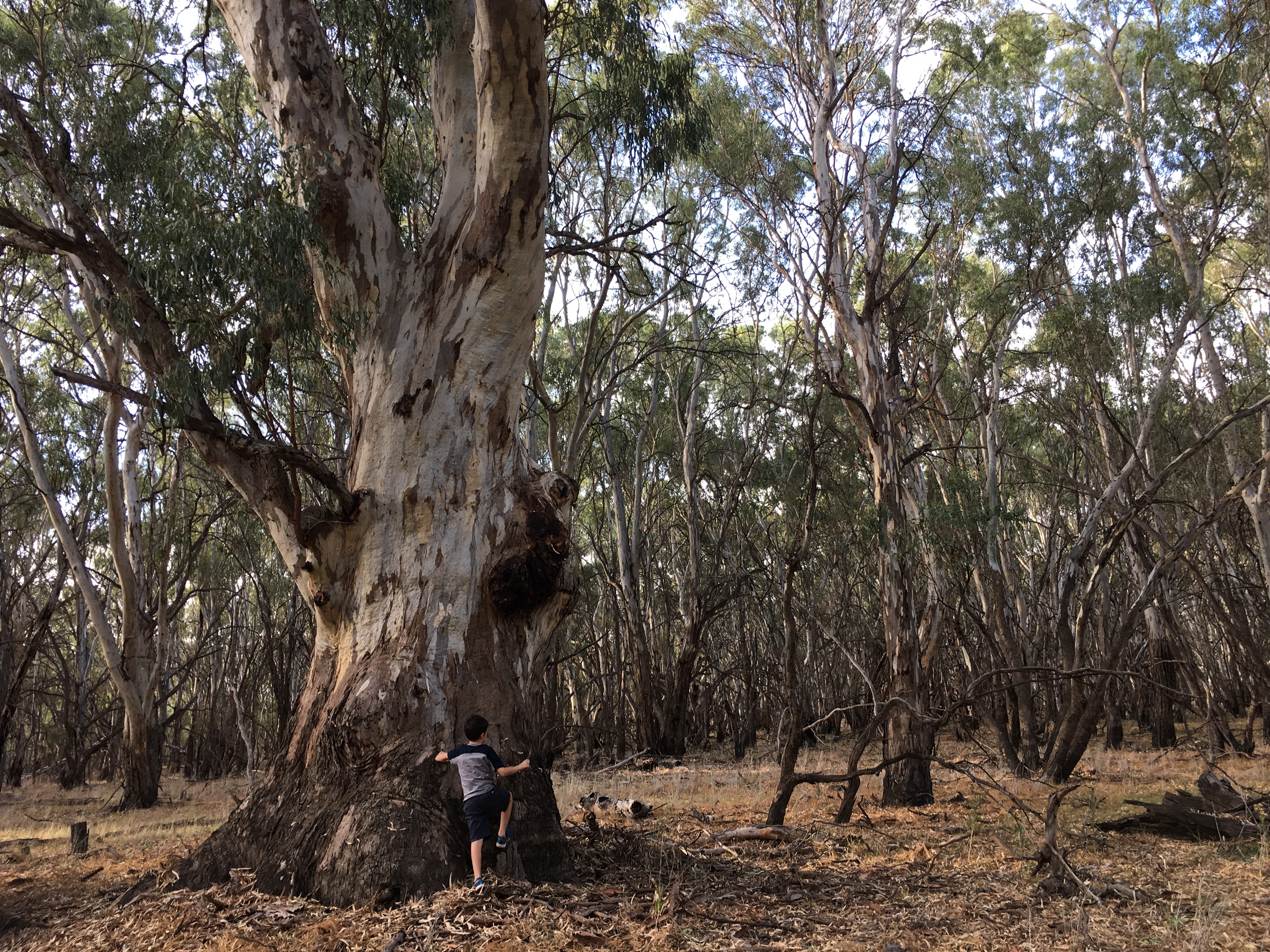 The Barmah-Millewa forest is situated near Echuca, on both sides of the NSW/Victorian border and is the largest River Red Gum forest on earth. It is a unique wetland forest ecosystem that is home to many threatened and endangered species. It is also an irreplaceable cultural landscape for Yorta Yorta Traditional Owners. The forest is an internationally significant Ramsar-listed wetland.

Since European occupation, this forest has been fragmented and degraded. Logging and cattle grazing have destroyed the ecological balance of the forest, introduced weeds and damaged soils. Drought and over-allocation of water has irreparably changed the natural flooding regimes that nourished its plants and animals. Climate change has added further urgency to the problem.

These issues compounded, inspired community groups, environment groups and Traditional Owners to campaign for over 15 years for the protection of the forest. In 2010 the Barmah National Park was declared in Victoria to be joint-managed with Yorta Yorta people. The Murray Valley National Park was created in NSW to protect the Barmah-Millewa forest across the border.

In 2012, the Victorian and NSW Governments conspired to bring back logging into the protected Parks through a joint ‘ecological thinning’ trial. In 2014 the Victorian Government pulled out of the trial after Friends of the Earth and Yorta Yorta Traditional Owners campaigned against the proposal. However the NSW Government has pushed ahead, and last week received Federal approval for logging trials inside the Murray Valley National Park.

Once again, we have to fight for the integrity of our National Parks and keep our Government from letting loggers back in. The fact that a ‘scientific’ trial to log this unique, protected forest can pass the test of the Environmental Protection and Biodiversity Conservation (EPBC) Act goes to show how flawed and weak our national environmental protection laws really are.

These logging trials are a costly and risky experiment. There is no evidence that selective logging of Red Gum forests will improve ecological health. Even the NSW Government’s own Public Environmental Report states that the trial “currently has no proven environmental benefits” and that “while the trial may impact on the ecological character of a Ramsar wetland, it is not known whether this impact will, in the long-term, be a negative impact or a positive impact.” All the science tells us that adequate environmental flows, not logging, are the key to sustaining these iconic ecosystems.

The Public Environment Report that Greg Hunt approved uses examples of other Red Gum forests that are still being commercially logged as a justification for allowing loggers back into the Parks.

The trial would mean felling red gum trees with heavy logging machinery in around 400 hectares of the Park, building roads and using herbicide in this sensitive environment. This perverse 'scientific logging' trial could be used as a model to push for destructive intervention in other National Parks across Australia and the globe.

The proposal states ‘Trees not marked for retention will be machine felled using commercial tree harvesting machinery typical of a forest harvesting operation. Following felling, each stump will be painted with glyphosate biactive within five minutes to restrict coppicing. The felling method will aim to minimise damage to retained trees.’

This ‘scientific trial’ is a totally unfounded, dangerous and destructive attempt to appease pro-logging lobby groups in the region, who want to access the Park once again. By allowing this proposal to go ahead, Minister Hunt has shown his true colors in disregarding the value of our National Reserve System.

Australians care about our National Parks. These iconic River Red Gum forests are part of our national heritage. They need proper protection, adequate environmental flows and Indigenous co-management to thrive into the future. Minister Hunt’s approval is a step backwards.