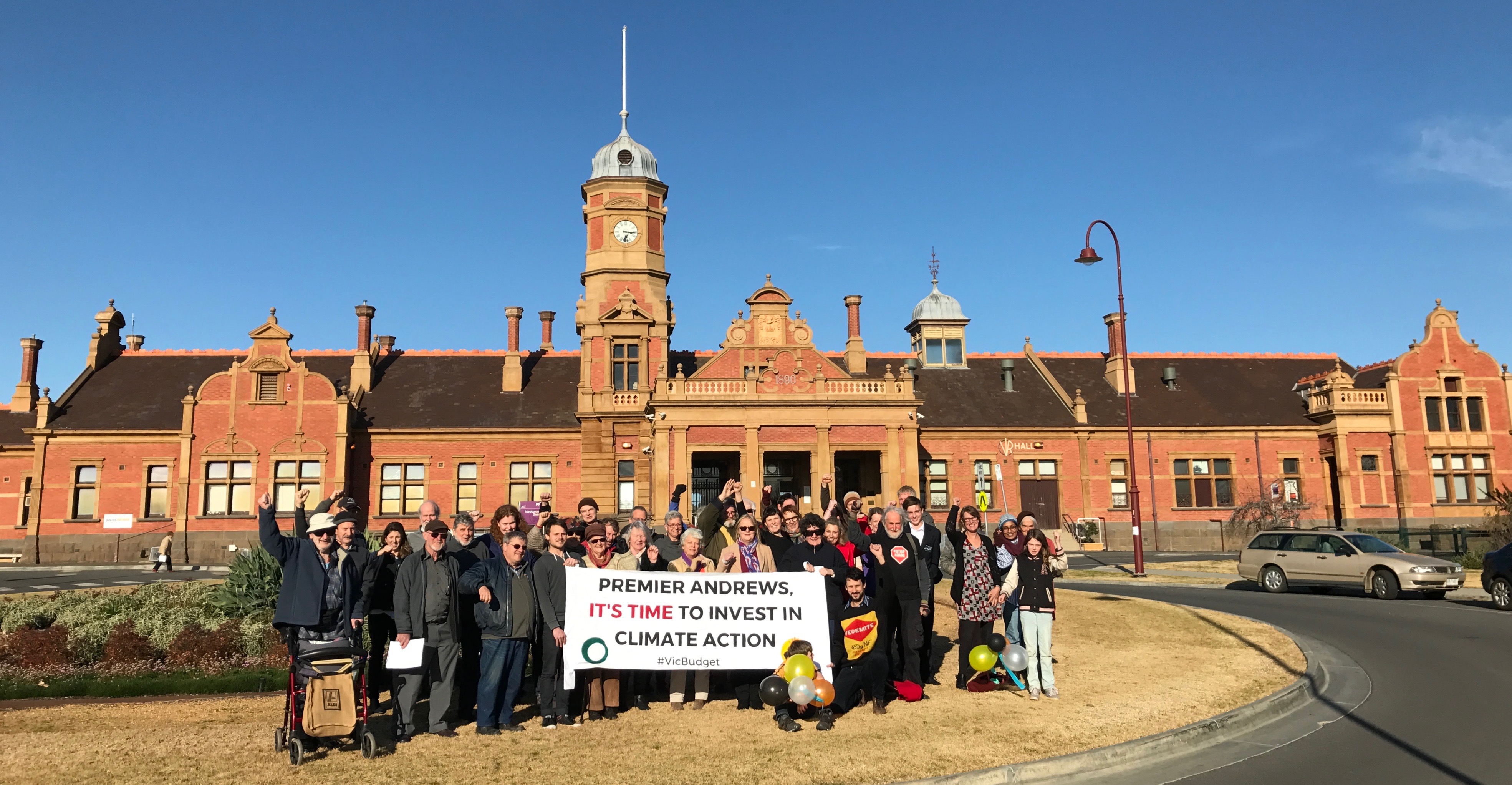 Friends of the Earth have welcomed an Andrews government announcement of a $4.7 million grant scheme to kick-start community projects that tackle climate change saying it will bring jobs and investment to regional Victoria.

Minister for Energy, Environment, and Climate Change Lily D'Ambrosio announced the grant scheme at a sold out community event in Maryborough organised by Friends of the Earth with the support of the Goldfields Sustainability Group, Transition Creswick, and Maryborough Community House.

"Community members in regional Victoria are on the frontline of climate change impacts and will tell you that climate change is changing the seasons," said Leigh Ewbank, Friends of the Earth's Act on Climate coordinator.

"For some communities this means increased water scarcity and drought, and others it means heightened risk of heatwave and bushfire."

"What unites all regional communities is the urgent need for governments to invest in climate change action. The Andrews government's $4.7 million grant scheme will kickstart community-led solutions."

Friends of the Earth say the grant scheme will demonstrate that investing in climate change solutions will bring jobs and investment to regional communities, as well as provide a stepping stone towards the Labor government delivering Victoria's first ever climate change focussed budget.

"The Turnbull government's failure to act on climate leaves regional communities exposed to climate impacts such as bushfires and droughts," said Leigh Ewbank.

The Andrews government has shown a preparedness to make significant investments in key social justice issues with a $2 billion allocated towards family violence--the state's number one law-and-order issue.

Friends of the Earth say the Andrews government can bolster its environment and social justice credentials with a budget that invests in programs to prevent climate change from getting worse and protects communities from the impacts that are now locked in.

"We need to see increased investment in programs that rein in emissions and prepare communities for climate impacts that are now locked in," added Ewbank.

Climate change was a hot topic for the community in the lead up to the event with Maryborough and district experiencing its driest June on record.

"Drier winters in Victoria, such as what Maryborough just experienced in June, are inline with the projected impacts of climate change."

"The trend is towards drier winters," warned Dr Whetton. "And we can expect to see more of them without efforts to reign in greenhouse gas emissions."

"Many farmers will have a tougher time in drier conditions resulting from climate change."