Get involved with Act on Climate 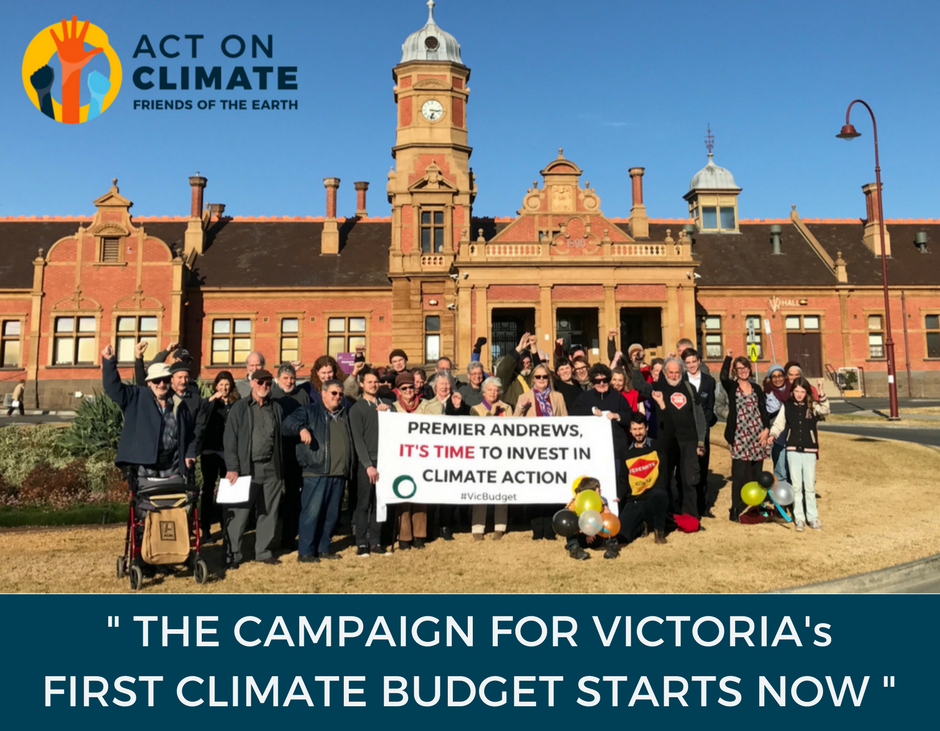 Despite alarming melting of the polar icecaps and unprecedented bleaching of the Great Barrier Reef, the Turnbull government refuses to take action on climate change. The Coalition's failure leaves communities exposed to impacts such as increasing heatwaves, bushfires, droughts, and storms.

We need to ramp up action on climate change now more than ever.

The Federal Coalition's refusal to act means we need more political leadership from the state government.

That's why FoE's Act on Climate campaign is calling on Premier Daniel Andrews to deliver Victoria's first ever climate budget. It's time for the Andrews government to invest in climate action!

How you can get involved: