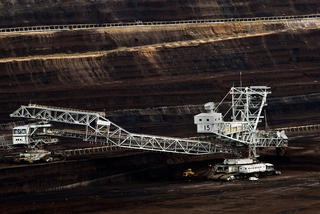 National environment group Friends of the Earth has welcomed the news that the Victorian Government will carry out an independent review of previous government support of coal development programs.

It has been announced that one of the three Advanced Lignite Demonstration Program (or ALDP) projects supported by the previous Coalition government has been withdrawn, less than 12 months after funding was awarded. It had been unable to find a market for its product.

“Various forms of untested technology have received massive support from state and federal governments over the years, in the hope it will help extend the life of the coal sector and find new uses for coal” said Friends of the Earth co-ordinator Cam Walker. “This is good public money being thrown at a dangerous product which is well past it's use by date.”

“This review is a chance for the government to show it is taking the threat of climate change seriously. It is taking a leading role in encouraging rapid uptake of renewable energy in our state. The other side of the energy coin is the need to reduce our state's reliance on coal for baseload electricity. There can be no further development of coal for any purpose here in Victoria if we are to do our part in reigning in greenhouse pollution. Research shows that globally, 82% of known coal reserves must be left underground if we are to have a chance of avoiding going past the 2C temperature warming threshold”.

“Our work with regional communities shows that new coal has no social license. Communities like Mirboo North are actively resisting new coal exploration licenses. Once climate science is factored in, it is clear there is no room for any further development of coal in our state from existing or new coal mines.”

“We hope that the government's review and consequent coal policy (to be released in 2016) is a turning point for Victoria.”