Act on Climate will be bringing you the updates from local climate action groups.

It's crucial to hear from communities on the front lines of climate change, including here in Australia where we're already seeing the effects of sea levels rising, extreme weather events worsening, and summers getting hotter. The ongoing fires along the east coast serve to tragically demonstrate the severe impacts we're facing.

It's also important to hear from local communities because of the amazing spirit they bring to fighting for climate justice and the awesome successes they achieve! 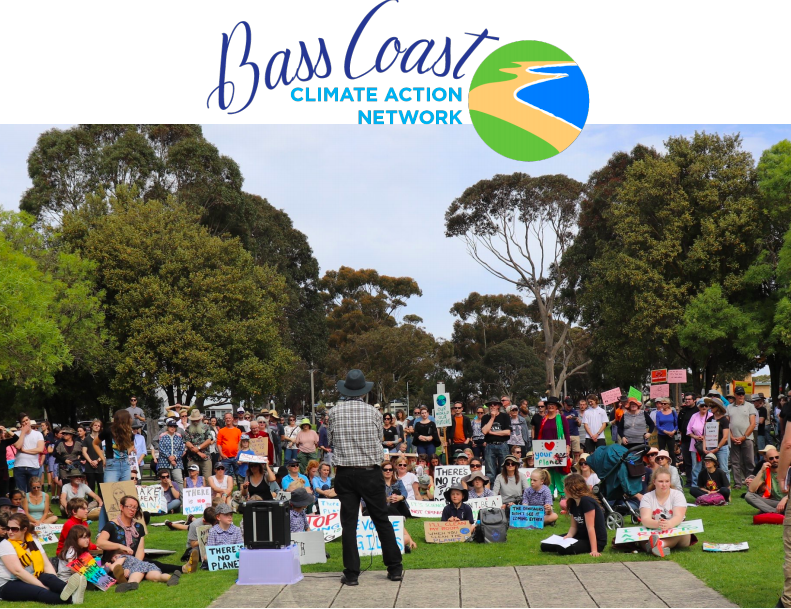 September 20 saw the world walk out of school and work to send a clear message about climate action. Hundreds of locals attended rallies in Wonthaggi, Phillip Island, Fish Creek, and Melbourne.

The events all began with a quick speech or two from the likes of Councillors, student activists and parents. The crowds then picked up their creative signs and took to the streets.

We can’t report the number of attendees at the local strikes as there were too many to count. It was truly heartwarming to see the number of people taking a stand for climate action. The volunteers, including the organisers at School Strike 4 Climate, deserve many thanks. We have collated some of our favourite photos taken from the local events. 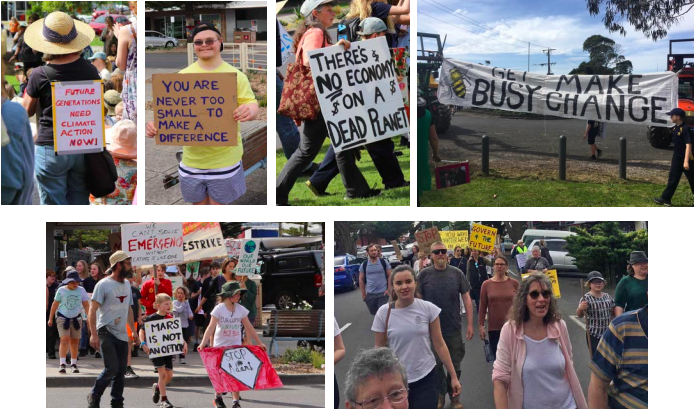 Since the declaration, Larke has written an opinion piece in the local paper, describing the declaration as a “pretext for authoritarianism”. He then submitted a rescind motion at the next council meeting and when Mayor Tessari gave him the floor, he immediately stated “I withdraw my motion to rescind.” Met with an audience of Climate Action Network supporters, along with the other councillors, Larke’s motion was over before it began. Cr Larke has now submitted a second rescind motion, for the next meeting on Wednesday October 16, in Grantville.

BCCAN supporters will be in attendance yet again. 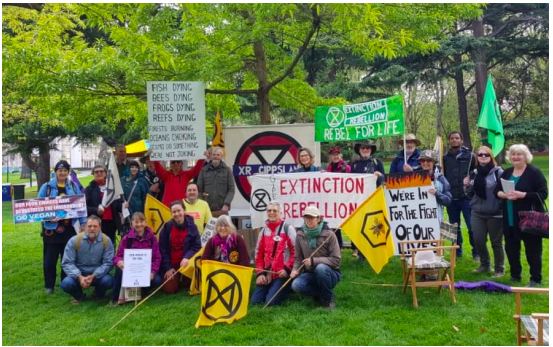 Activist group Extinction Rebellion (XR) staged a week of mass civil disobedience in cities all over the world. Gippsland has its own XR branch and members were advocating for three objectives:

The Nine report went as follows:

“We have to stand-up. We have to take a stand. I've attempted all sorts of other ways to get things happening and it's just not working," (Neil) told 9News.

Police yesterday charged him with three counts relating to obstructing an emergency worker and he was released on bail today after his bail application went unopposed."

Mr Rankine spoke to 9News outside court after being released on bail.

The Bass Coast Shire takes in parts of Victoria's coastline south-east of Melbourne, including the beachside town of Inverloch.

It was recently reported in The Age that Inverloch locals had lost a remarkable 50 metres of beach in just seven years.

While erosion is part of the natural cycle of shifting sand at the mouth of the Anderson Inlet, the Bass Coast shire is in no doubt the extent of change is due in part to climate change and rising seas.

"The impact in our municipality is horrific in some areas. The surf club is in danger."

The Gippsland XR group participated in a range of actions throughout the week, and drew lots of attention to our local issues. If you would like more info about Southern Gippsland XR there is a meeting at the Leongatha community house at 7pm on the 7th of November, everyone is welcome, and keep an eye on their Facebook group. 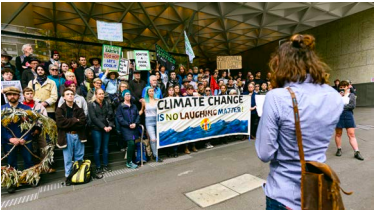 Friends of the Earth, along with BCCAN members and XR activists, showed up to Energy Australia’s doorstep on a Monday morning to explain the damage they are doing to our coastlines.

Energy Australia own the Yallourn coal mine, among others, and have no transition plan for their workers.

It is the responsibility of every one of us, and more theirs because of the amount of potent greenhouse gases they are emitting. At what cost?

Inverloch surf beach has been experiencing its own ‘canary in the coal mine’ event for several years - about 43 metres of beach has been eroded and the rate of erosion has accelerated particularly in the last 12 months. It has become the focus of a lot of attention now that the multi-million dollar surf lifesaving clubhouse, and the Bunurong Road are in danger of being undermined.

More than $125,000 of local and state government money has been spent building wet sand fences on the beach, and trucking tonnes of sand to secure the face of the dunes. The fences failed & are being re-engineered, and the first loads of sand were washed away.

So what’s the plan? Rock walls? Trucks permanently on standby? Who’s paying? And when houses are in danger…

This is just one story of one beach in the Bass Coast Shire. There are others at Jam Jerrup, Cowes and Silverleaves… the rail trail at Kilcunda… Multiply this by hundreds of stories around Australia….

We’ve known about climate change for years… the wilful ignorance and lack of action to reduce emissions amounts to reckless negligence at least. Add to that, the fact that the technology exists to address this crisis, this generation will rightly be condemned by future generations.

The crowd then began chants and turned towards the building. Police were in attendance but no arrests were made. Melbourne TV news services reported on the action positively in their evening bulletins. 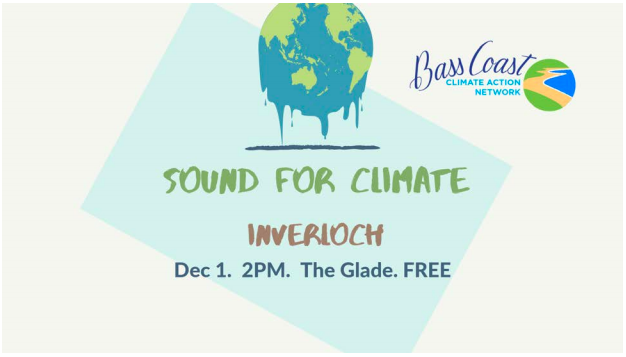 BCCAN, with the support of Friends Of The Earth and the South Gippsland Conservation Society, are gearing up to put on a show. Young musicians including Maddy May and Jimmy Harwood are set to play, as well as guest speakers from organisations such as Intrepid Landcare and Friends Of The Earth.

Sound For Climate will run from 2pm until sunset on December 1, when attendees will form a human sign to cap off the show. The event is a family friendly festival with free entry. All we ask is for people to enjoy themselves and walk away with some positive ideas on climate action. There will be local PLASTIC FREE food trucks, as well as plants for sale to raise funds on the day. To access the Facebook event, visit the BCCAN Facebook page or click here for the Facebook event.

We are currently looking for some volunteers to assist on the day of the event, please get in contact with Mat Morgan at [email protected] if you’re available and would like to help out.

Dates for your diary

Don't forget to keep up to date with the Bass Coast Climate Action Network by following their Facebook page. To sign up to their monthly email newsletter, message them via Facebook.