Have you signed up for for Walk This Way yet? You can RIGHT NOW at walkthisway.org.au and start collecting sponsors for this amazing event coming up in just over a month! 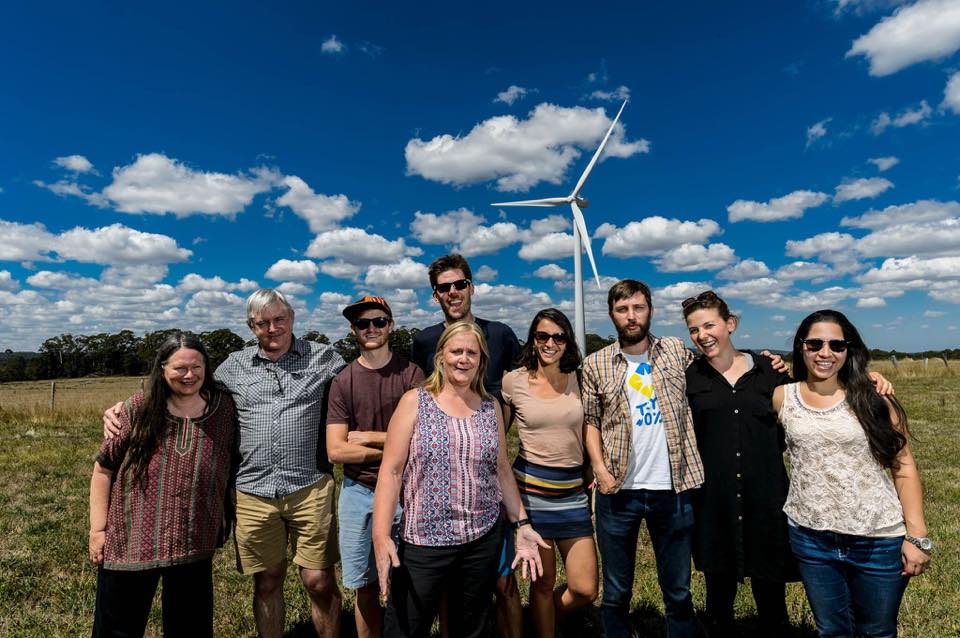 After years of community campaigning, the Andrews government has announced it will write the Victorian Renewable Energy Targets of 25% by 2020 and 40% by 2025 into law.

This is a historic moment for Victoria's renewable energy future. The plan will create up to 10,000 jobs, attract as much as $9 billion in investment, and cut emissions in the electricity sector by 12%.

To kick off the legislative push, the Andrews government also announced the state's first auction for 650 megawatts of renewable energy.  That's enough clean energy to power every home in the state's four biggest regional cities: Ballarat, Bendigo, Geelong and the Latrobe Valley.

And it’s only the beginning. Already businesses like wind tower manufacturer Keppel Prince have welcomed the news, saying it will give Portland wind workers eight years of work, and councils like the Gannawarra Shire are gearing up for a raft of new solar projects in Northern Victoria.

This is exactly why Friends of the Earth Yes 2 Renewables collective have campaigned for an ambitious Victorian Renewable Energy Target – to create jobs and secure real climate action in our state.

But we're not out of the woods yet. The rudderless Turnbull government is attacking Victoria's renewable energy ambition in the media, and the Guy opposition has pledged to scrap the VRET if elected.

It’s vital we lock in the key votes in the upper house so Victoria can get started on the renewable energy jobs boom. That’s why we need your help.

You can help get the VRET over the line by taking a selfie with the message ‘Vote YES 2 Renewables #VRET’. Share your photos on Twitter and Facebook letting your local MP know why you love renewables and tag @Yes2Renewables.

Get family and friends involved, showing MPs how much the community loves renewable energy will help win the key votes to make sure the VRET succeeds in parliament.

People power has got us this far and now we’re in the home stretch. If you’ve got your own ideas or fancy a chat, feel free to get in touch. 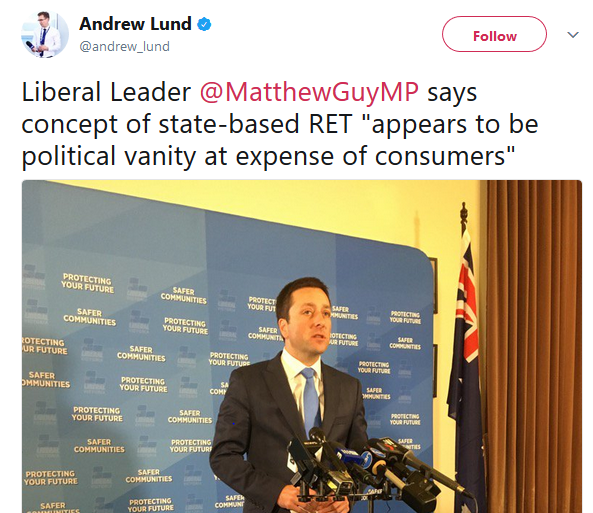 Climate science makes it abundantly clear that we need to transition as rapidly as possible away from our current reliance on fossil fuels to 100% renewables if we are to have a hope of avoiding the worst of the impacts of climate change. We must also keep the vast majority of known fossil fuel reserves in the ground.

While the Andrews government is showing leadership on the issue, the Victorian and federal Coalitions have retreated to a hostile, anti environment bunker. Federal energy policy continues to be in disarray and the Victorian opposition leader Matthew Guy has attacked the recent renewable energy target (VRET) announcement.

What is the Coalition’s energy policy? So far they have promised to kill off the VRET and ‘keep coal fired power stations open’. In the 21st century, this is a recipe for climate disaster.

Please check here for background info on the Coalition’s policy and ideas on holding them to account for their backward looking approach to energy and climate.

A wind farm and solar park at Point Henry?

The Point Henry aluminium smelter was located near Geelong and operated for many decades prior to its closure in 2014.

Since then, both Alcoa (who operated the smelter) and the state government have been considering what to do with the site.

Friends of the Earth believes that the old smelter site would make an ideal location for a renewable energy park. In 2016 FoE started to meet with interested locals and organisations to discuss whether a renewable energy park could be a viable possibility for the site. Working in a consortium with a commercial solar installer and a wind developer, we are starting to build support for the idea in the Geelong community.

Find out about this proposal here. 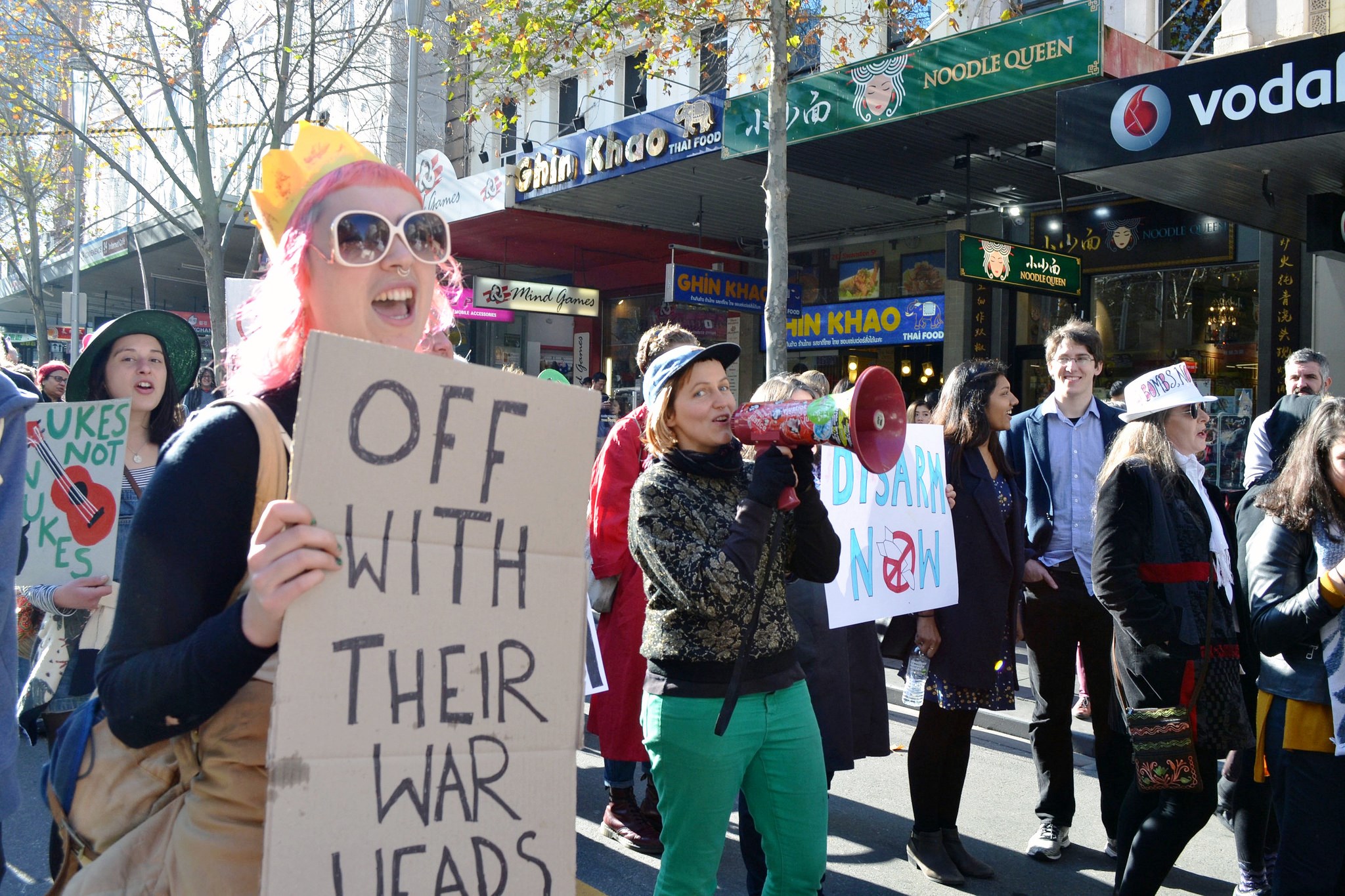 Big thanks to Ayame, AC and Jemila for making this such a successful event!

Check out this moving short film!

'We Say NO' is a short film bringing together voices from South Australia and beyond presenting clear and united opposition to the Federal government’s proposal for a nuclear waste dump in SA. Please watch and share widely!Ban the Bomb!

On June 17, FoE campaigners around the country supported the National Day of Action for a ban on nuclear weapons, organised by the International Campaign to Abolish Nuclear Weapons. Events were held in Sydney, Melbourne, Brisbane, Darwin, Hobart, Perth and Canberra and coincided with events all around the world including the Women's March to Ban the Bomb in New York. The United Nations recently negotiated a treaty to ban nuclear weapons, so now the pressure is on to force nuclear weapons states and their allies (including the Australian government ‒ which boycotted the treaty negotiations ‒ to get serious about nuclear disarmament). Check out ICANW's Facebook here. 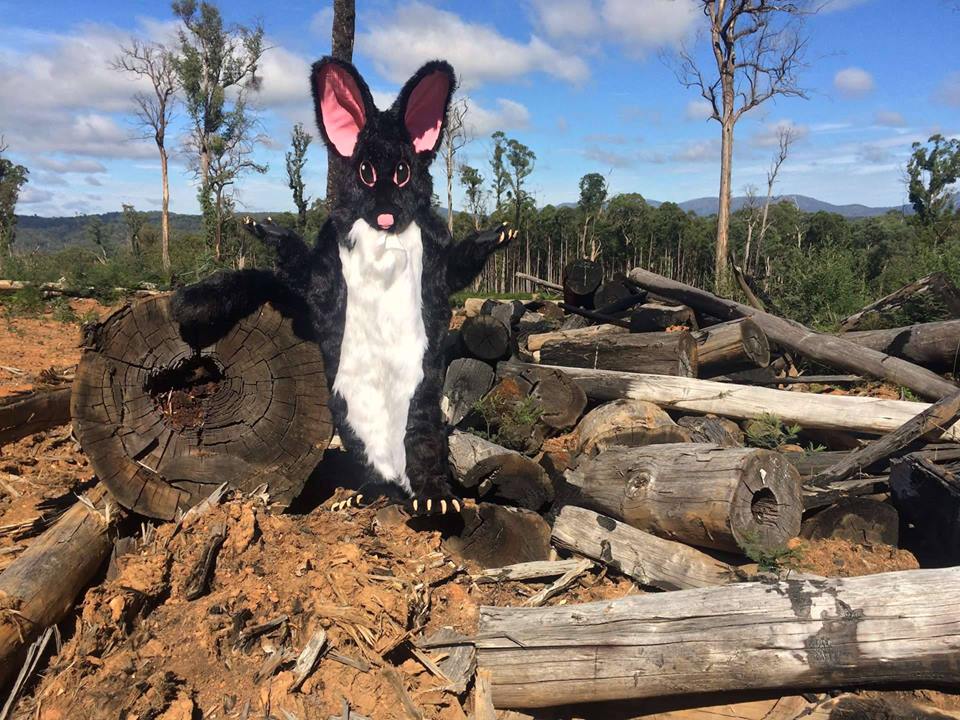 The Greater Glider and Victoria’s animal emblem the Leadbeater’s possum are at risk of extinction but their forest habitat is being logged.

We’ll be delivering something really big to show the government that their logging regime is out of control and destroying habitat for forest wildlife that is protected under Victorian law.

Bring placards, banners, signs and costumes, or grab some colourful props that we’ll supply to help make our message huge!

Friends of the Earth Affiliate Market Forces together with #StopAdani Melbourne are hosting a free public screening of the inspiring documentary Guarding the Galilee at the iconic big screen at Federation Square.

Guarding the Galilee gives voice to the people on the front lines of the battle to stop the Adani Carmichael coal mine.

Narrated and presented by Michael Caton, the film features reef operators, graziers, dive instructors, environmentalists and many more concerned about the impacts of the mine. The award-winning documentary team captures the raw beauty of Central Queensland, where Adani’s mine threatens essential water resources.

Come along as the #StopAdani campaign comes to the heart of Melbourne! 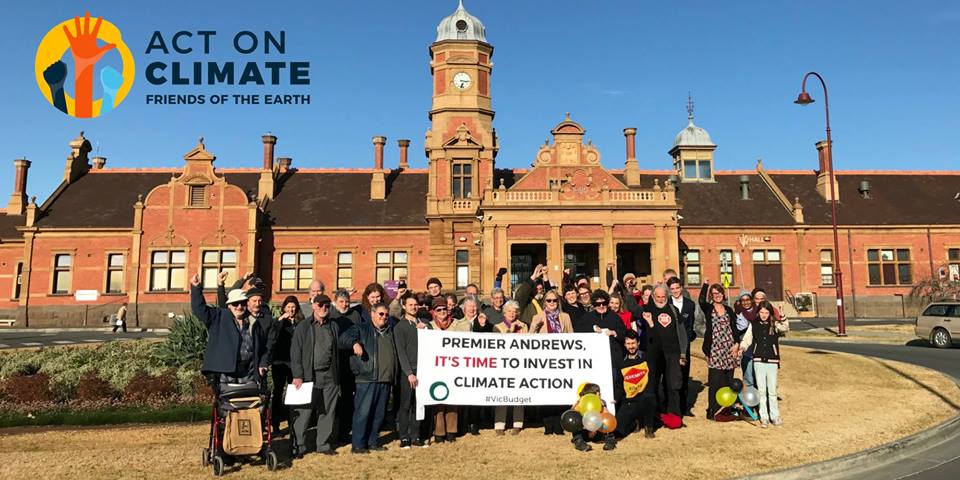 Do you want to see Victoria lead the country on climate change action?... Then get involved in the Act on Climate campaign!

The federal government has failed the country on climate change. Since taking office in 2013, the Abbott/Turnbull Coalition has scrapped national climate change policies, attacked renewable energy, and come to the aid of coal and gas interests.

Policy failure at the federal level has left Victorian communities exposed to climate change impacts - from increasing heatwaves and storms in the city, to droughts and bushfires in rural and regional areas.

This is why the Victoria must lead.

Find out how you can get involved in the climate budget campaign. No prior experience necessary. Just a passion for community and climate action! 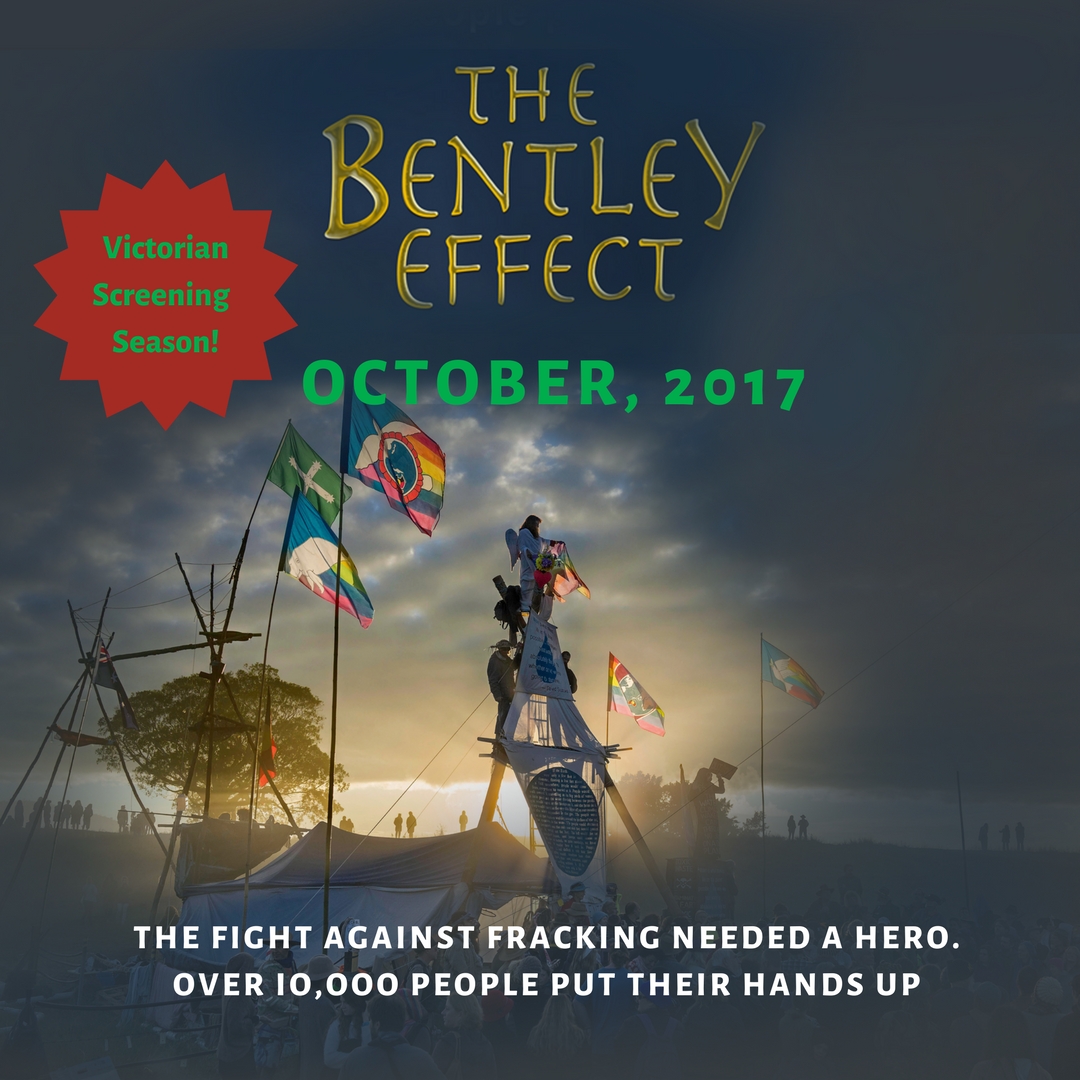 After the success of our screening of the Bentley Effect back in April - we are excited to announce another screening in Brunswick this October!

The Bentley Effect, and the legendary Bentley Blockade is a timely story of a community's heroic stand, and shows how strategic direct action and peaceful protest from a committed community can overcome industrial might and political short-sightedness.

The screening will be followed by panel discussions and Q&A with activists and gas campaigners from across the country. We'll hear about the campaign to ban gas in the Northern Rivers, the success of the #VicGasBan win and talk about what’s next in the fight to stop fracking.

Check out the Facebook Event or get your tickets for Brunswick here. 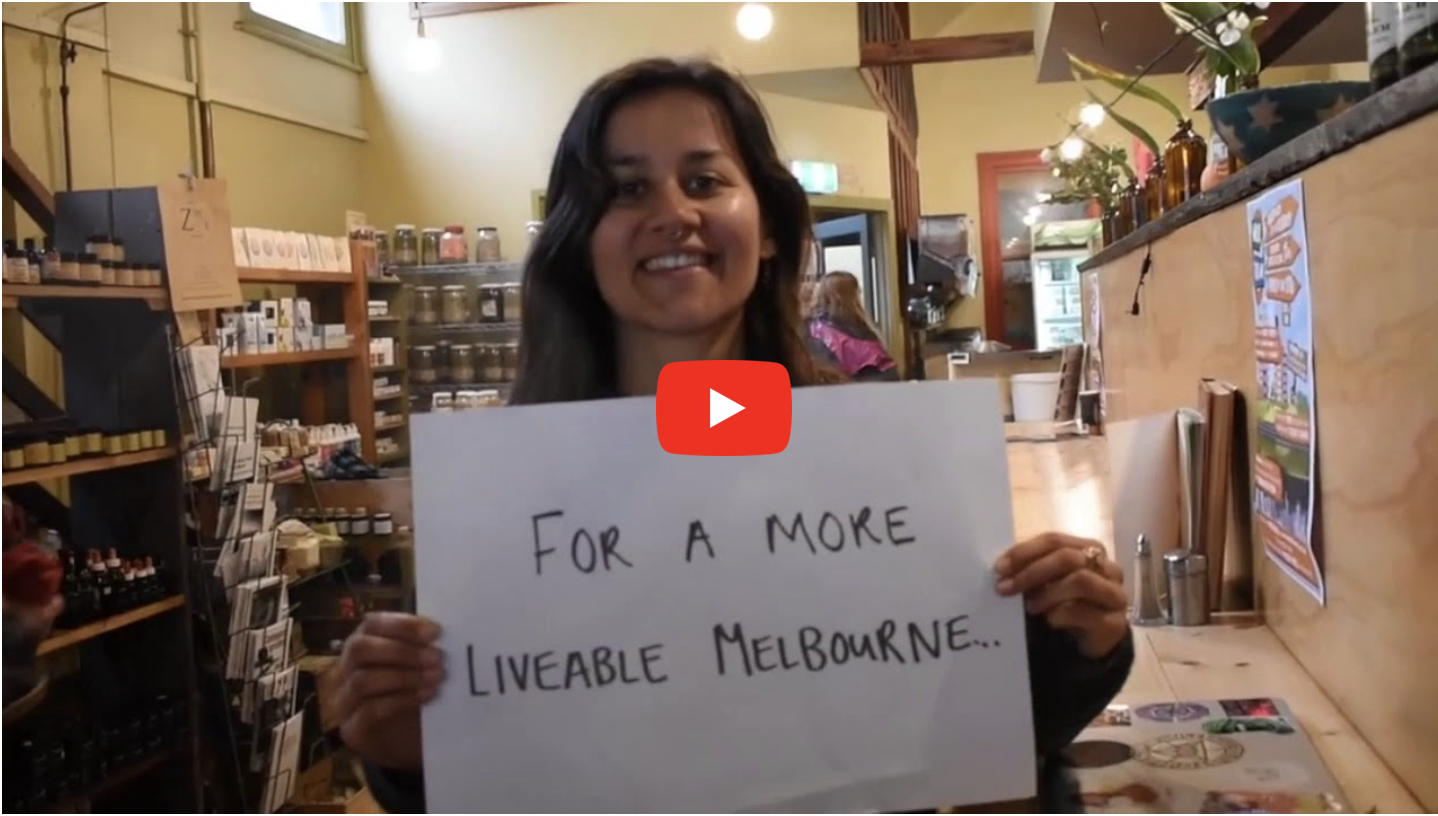 
Melbourne has been voted the world's most liveable city for the past seven years! For us, a liveable Melbourne is one that will have resilience to the impact of climate change locked in. A liveable Melbourne will also have less traffic, reliable public transport, great pedestrian access and planning, and more parkland.
Friends of the Earth Melbourne is kick-starting the launch of our new Sustainable Cities campaign with a sponsored walk across our city - highlighting the key areas of community action in the face of climate change.

On Saturday October 7th, we will walk 15 kilometres of Melbourne’s Capital City Trail.

Beginning on the banks of the Yarra in Melbourne’s CBD and journeying through the urban spaces, parklands and communities we call call home, we will finish up at the heart of Melbourne’s activist community here at Friends of the Earth for a Sustainable Cities campaign launch party!

Together, Melbourne communities have the power to tackle the big challenges of climate change and we're asking everyone to get involved and #WalkThisWay with us this October.