On August 6, FoE Melbourne's Nuclear Free Collective organised a commemoration of the atomic bombing of Japanese cities Hiroshima and Nagasaki in August 1945. The event featured a live skype discussion with hibakusha (atomic bomb victim) Mr Norie; talks by Adnyamathanha Traditional Owner Dr Jillian Marsh and Tim Wright from the International Campaign to Abolish Nuclear Weapons; a peace crane-making workshop by our new friends from Geelong; and Jessie Boylan's short film 'Maralinga Pieces' (http://jessieboylan.com/maralinga-pieces). About 60 people attended. Big thanks to Ayame, AC and Jemila for making this such a successful event ... and to the food crew and thanks to everyone who joined us on August 6! 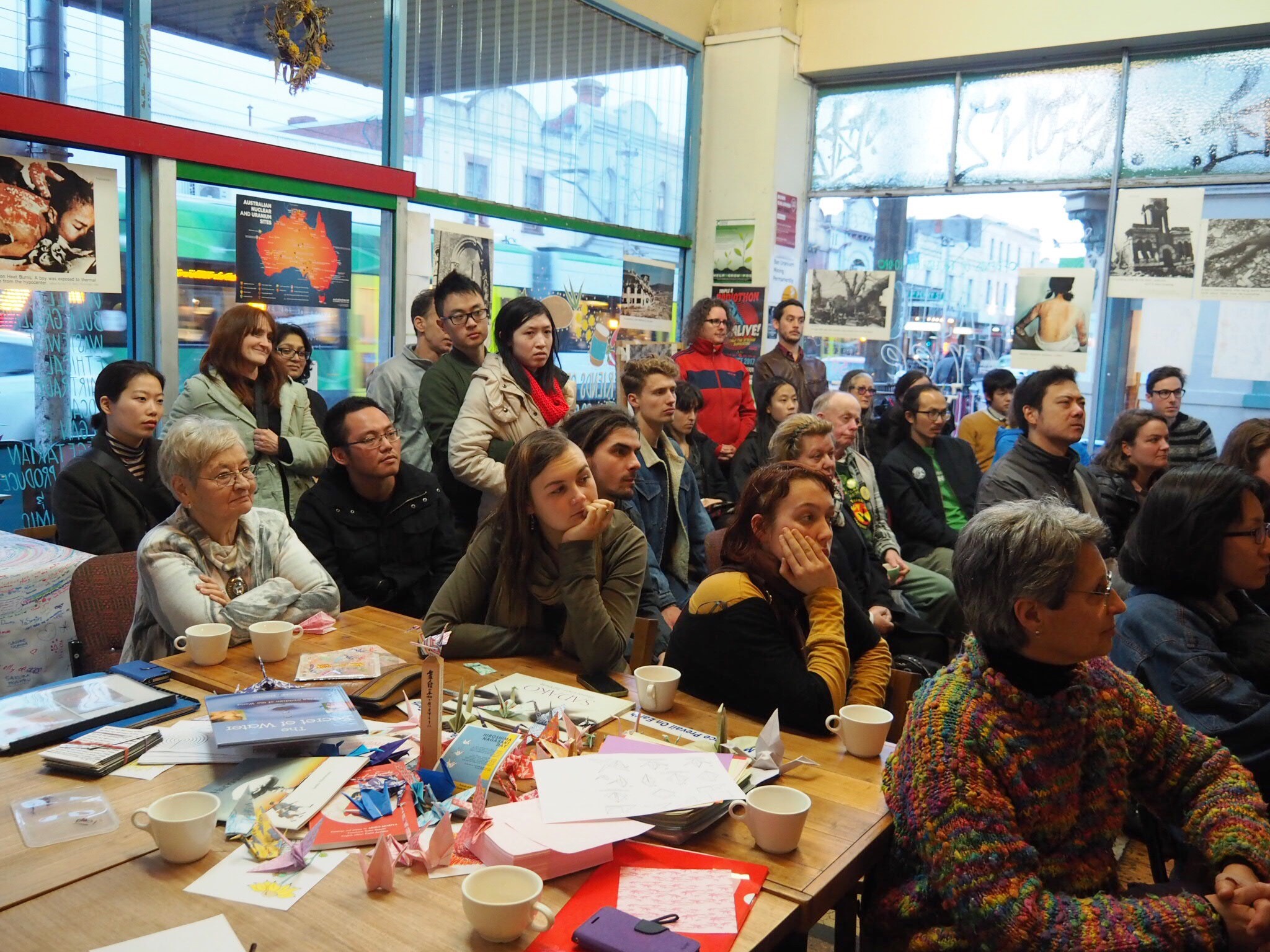 When you #WalkThisWay you'll be supporting our new Sustainable Cities campaign and our work for social and environmental justice!
www.walkthisway.org.au

Every second Tuesday from 6pm to 7.30pm, next meeting Tues September 26.

We're at the very early stages of organising next year's 'radtour'

If you're interested in joining the 2018 radtour, email [email protected] and we'll keep you posted.

If you're interested in helping to organise the radtour, come along to our Nuclear-Free Collective meetings ... every second Tuesday, 6pm at the FoE office (email [email protected] for date of next meeting).

A number of FoE campaigners went to the ANFA meeting. In addition to planning the upcoming year, and electing a new committee, the meeting was a wonderful celebration of ANFA's 20 years of hard work – with quite a few memorable victories along the way.

Photos and videos are posted at https://www.facebook.com/beyond.nuclearinitiative.1/ 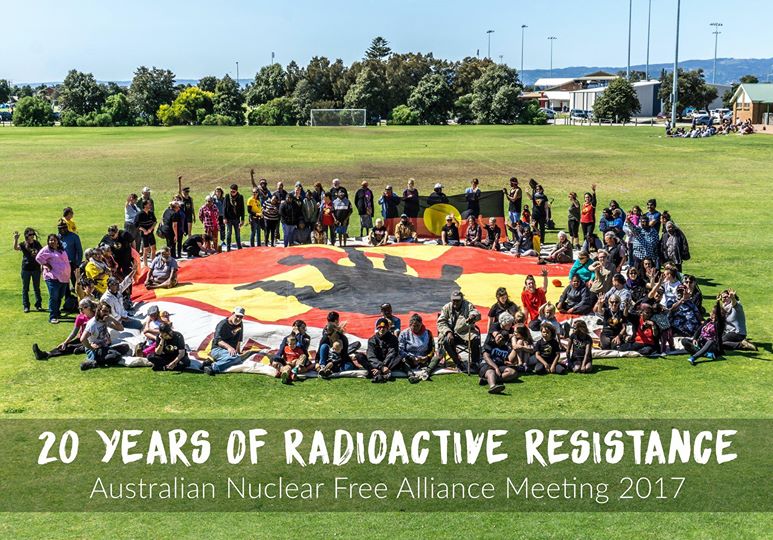 High-level nuclear dump dead! South Australian Premier Jay Weatherill said in June 2017 that the plan to import vast amounts of high-level nuclear waste from around the world is 'dead'. The SA Labor government's formal position is that the proposal should be put to a referendum, but in light of the statement by Weatherill ‒ and the clear opposition of the SA Liberal Party, the SA Greens and Nick Xenophon's party ‒ the project is as dead as it possibly can be. Thus two years of intense work by Traditional Owners, environment groups and many others has resulted in an amazing victory!

But national dump plans live on ... Unfortunately two sites in SA ‒ near Hawker in the Flinders Ranges, and Kimba at the top of the Eyre Peninsula ‒ are being targeted by the federal government for a national nuclear waste dump. FoE has successfully fundraised for a drone to help Adnyamathanha Traditional Owners to continue their important work documenting the ancient landscape of the Flinders Ranges, recording story lines, and protecting the country from the planned nuclear dump (www.chuffed.org/project/flindersdrone). FoE and the Australian Conservation Foundation wrote a joint submission opposing the plan for a nuclear dump on farming land near Kimba ‒ but unfortunately the government has progressed to the next stage of assessing the site (www.foe.org.au/anti-nuclear).

1. The SA No Dump Alliance has launched a petition opposing the federal government's plan to build a national nuclear waste dump in SA. One site in the Flinders Ranges and two sites near Kimba on the Eyre Peninsula are being targeted. http://www.nodumpalliance.org.au/sign_the_petition_no_dump

2. The Australian Conservation Foundation also has a petition opposing the planned national dump in SA. https://www.acf.org.au/no_dump

3. The SA Liberal Party has a petition opposing the state government's plan to turn SA into the world's high-level nuclear waste dump. That plan is very much on the backburner but it's still important to keep supporting no-dump initiatives. http://www.dumpthedump.com.au/

Check out this moving short film! 'We Say NO' is a short film bringing together voices from South Australia and beyond presenting clear and united opposition to the Federal government’s proposal for a nuclear waste dump in SA.

“South Australia has spoken. We say NO, and we mean NO.” Regina McKenzie

“Many voices bring promises of wealth, but one State, with a cohesive strong voice, say We Say NO.” Lavene Ngatokorua

Sadly, the new WA Labor government has broken its promise to block uranium mine proposals that had not been approved by the former Liberal government before the March 2017 election. Thus four mines could possibly proceed ‒ Mulga Rocks, Yeelirrie, Wiluna and Kintyre ‒ though that won't happen for some years because the uranium market is in a protracted slump.

A legal challenge has been launched against Yeelirrie by the WA Conservation Council and members of the Tjiwarl Native Title group ‒ to find out more and donate to support the legal challenge, visit www.ccwa.org.au/yeelirriecourt and https://chuffed.org/project/yeelirrie-court-case.

From August 4 to September 2, the Walkatjurra Walkabout, from Wiluna to Leonora on Wangkatja country, was held to strengthen connections with communities affected by proposed uranium mines in WA (https://walkingforcountry.com/walkatjurra-walkabout)

The nuclear power industry is in crisis

... and renewable energy has enjoyed another record year globally and now produces more than twice as much electricity as nuclear power

Tomorrow The World Is Going To Try And Ban Nuclear Weapons. Australia Wants To Keep Them.