The 2022 Federal election is just weeks away and community members across the country are raising their voices to call for climate action.

Whatever the outcome, you can count on Friends of the Earth and the movement to continue our campaigns for governments to deliver deep emissions cuts and protect communities from intensifying climate impacts.

Here's a quick update on our efforts in April and upcoming actions...


CLIMATE ON THE AGENDA IN MELBOURNE'S EAST:

There has been a flurry of action in Melbourne's inner-eastern, south eastern, and bayside suburbs following the successful Race to Zero Emissions action in late March.

The Higgins Climate Action Network will hold a community forum at the Malvern Town Hall tomorrow night (Thursday 5 May) to elevate the public conversation about Federal government responses to the climate crisis. It'll be one of the final chances to raise your issues in front of candidates and other community members, so head along if you can.

Tune into Dirt Radio to hear from some of the community champions organising local forums, and check out Jarred Abrahams' blog on how to put climate on the agenda at these events.

EMAIL Jarred Abrahams if you'd like to join our upcoming flyering blitz. 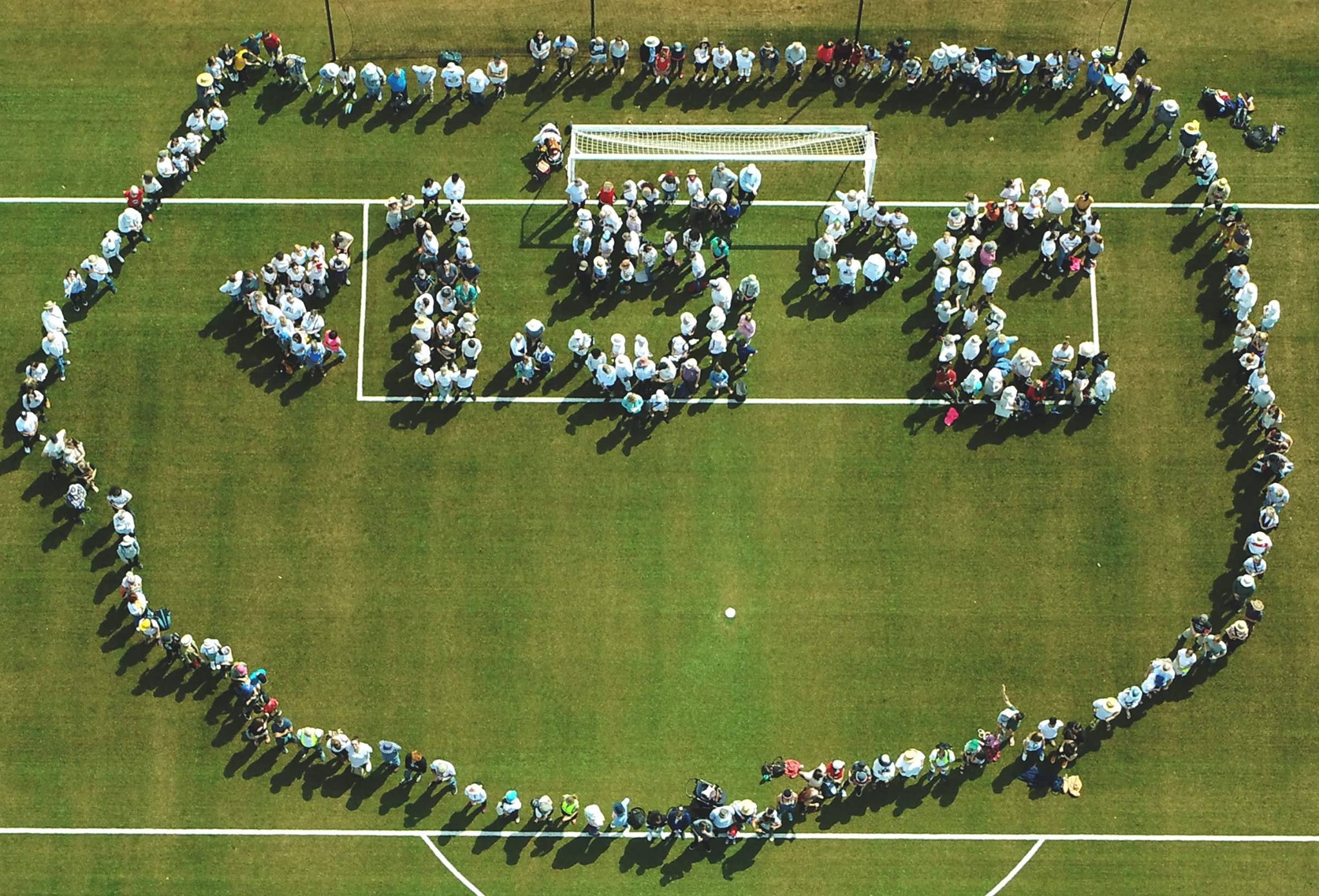 The independent panel advising the Victorian government on the state's 2035 Emissions Reduction Target kicked off its community consultation process in April.

After campaigning for Victoria to set science-based 2030 targets for four years, Act on Climate are jumping back into the game to make the case for the government to set a 2035 target that closes the gap between our current trajectory and the best-available science.

The climate action blockers will be mobilising to push for targets that are too low and too slow to avoid dangerous impacts, so it's up to us to ensure the community's voice is is heard. The current consultation is open until May 22 (but we're hoping to see that timeline extended).

We'll be in touch again soon with more info on our strategy to accelerate Victoria's shift to zero emissions. In the meantime, take the short survey to have your say on Victoria's 2035 target.

EMAIL Anna Langford if you'd like to get involved in our climate targets campaign. 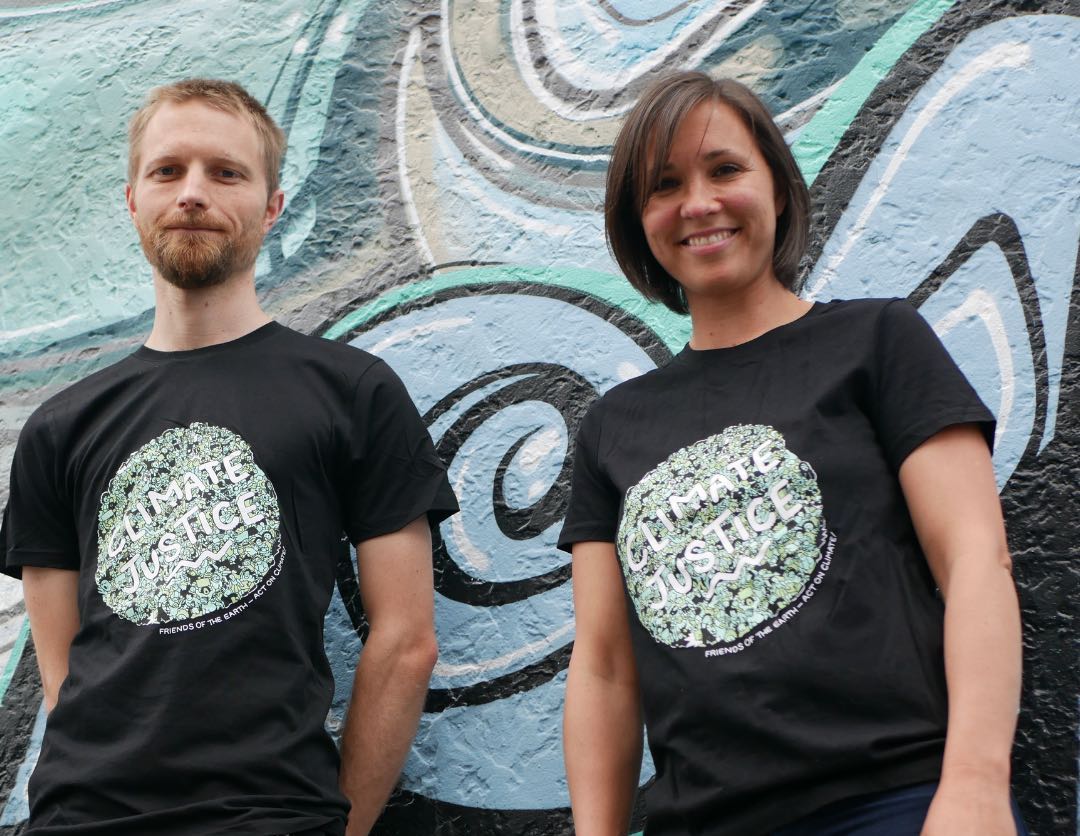 After five years of campaigning for ambitious climate action in Victoria and beyond, we've finally got some merch. Act on Climate's "Climate Justice" t-shirts are still available via Friends of the Earth's online store.

If you'd like to show your support our ongoing campaign and commitment to climate justice, then grab a t-shirt today. All proceeds of the t-shirts will support Act on Climate's grassroots campaign.

The shirts are printed in Australia on organic cotton and feature the artwork of Bailey Sharp of the Worker's Art Collective.

Head to Friends of the Earth's online store. 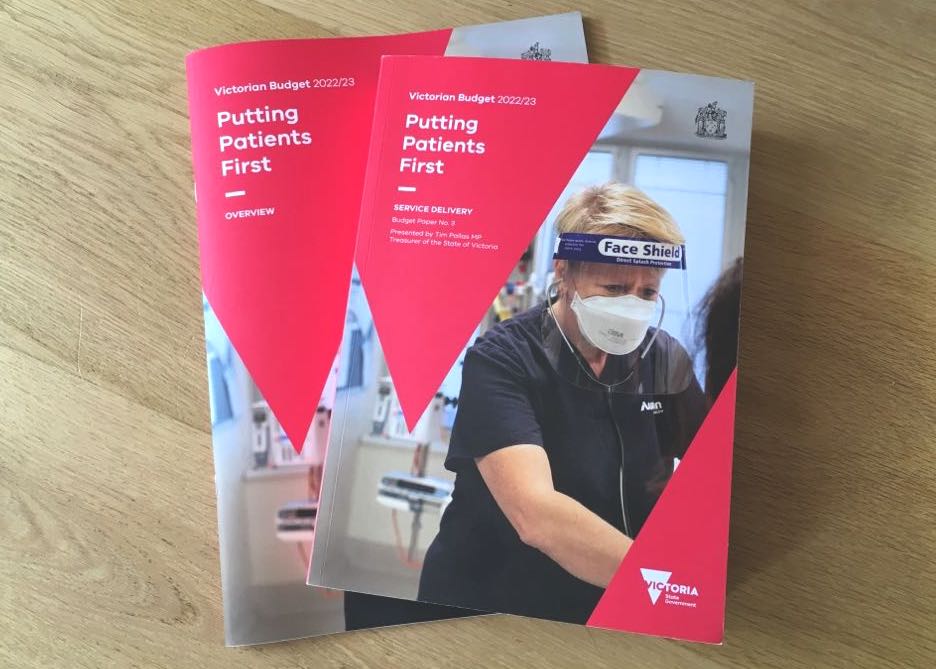 As expected, the Victorian Labor government announced a bread-and-butter budget ahead of the state election.

"The state of Victoria has established a new record share of renewables," reports RenewEconomy, "reaching a peak of 83.8 per cent of state demand in the early afternoon on Easter Sunday, April 17."

While the 2022-23 budget didn't rise to the same level of investment in climate and renewable energy that we saw in 2020 and 2021, there are noteworthy allocations for the development of the Latrobe Valley's first Transition Plan and offshore wind 'implementation strategy.'

There are obviously big gaps to fill. Which is why Friends of the Earth supporters and community allies will be calling for all political parties to commit to a comprehensive plan to halve Victoria's emissions this decade.

Greater investment is needed to help end the reliance on polluting gas in homes and industry, accelerate the rollout of renewable energy, and build a modern bus network that serves the community.

CLICK HERE to read Friends of the Earth's full response. 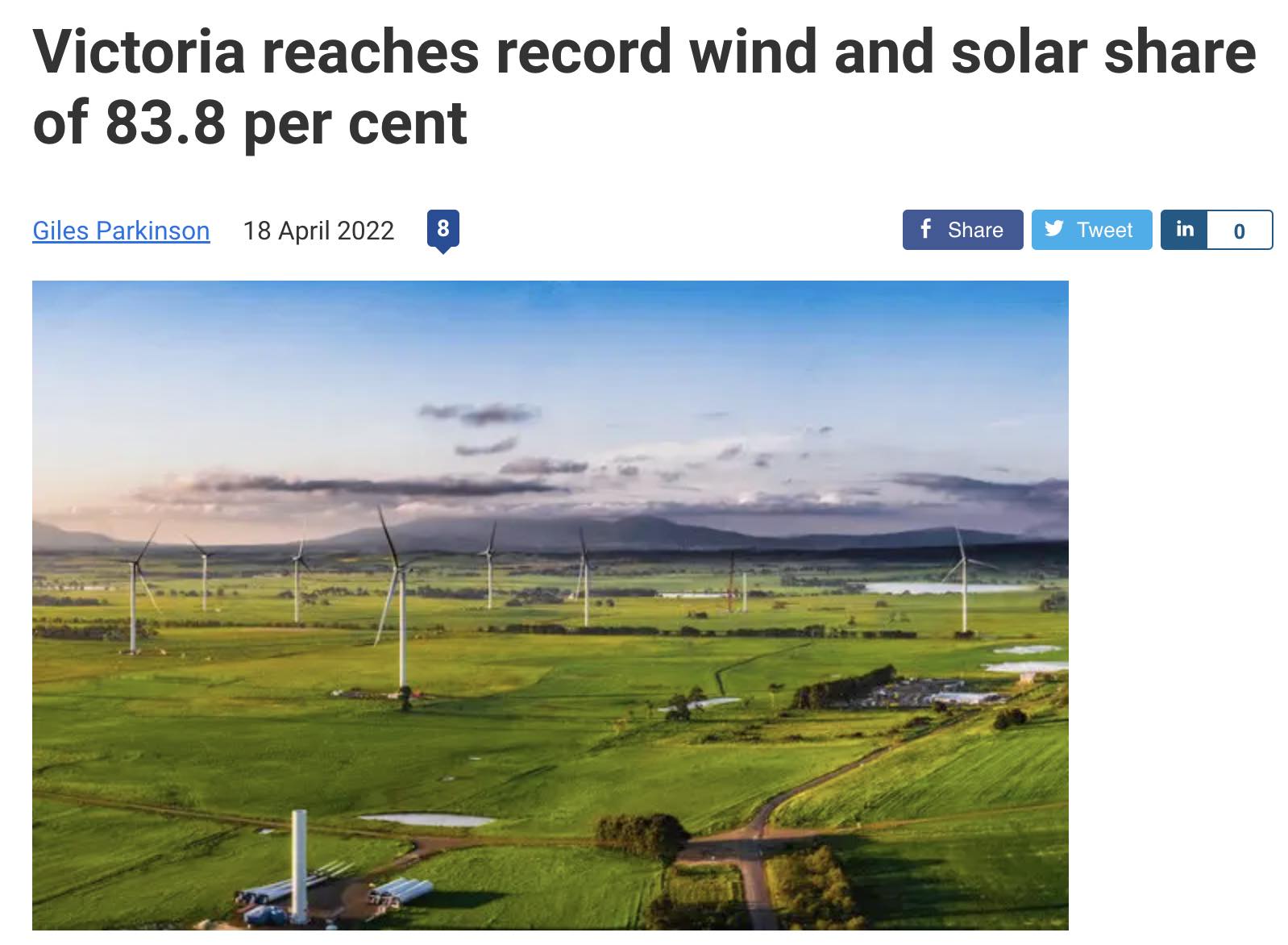 The impacts of grassroots campaigns for strong climate and energy policies in Victoria can be seen each and every month and on long weekends.

"The state of Victoria has established a new record share of renewables," reports RenewEconomy, "reaching a peak of 83.8 per cent of state demand in the early afternoon on Easter Sunday, April 17."

Hats off to all the community members who campaigned for the Victorian Renewable Energy Target, the Climate Change Act (2017), and state Emissions Reduction Targets. The transformation of Victoria's (and the country's) grid would not be happening without these policies in place. Onwards and upwards!

The climate justice events calendar for May and beyond is taking shape. We'd love to see you at the following: