Act on Climate Update: The Countdown to Climate Action Begins

The countdown to climate action has begun.

The Victorian government has until March 31 next year to set the state's first short- and mid- term Emissions Reduction Targets and we're not wasting any time.

Friends of the Earth's Act on Climate collective is fighting for science-based targets that will get us to zero emissions as soon as possible.

With Australia's emissions increasing on the Federal Coalition's watch, we need the Victorian Labor government to show greater leadership on the climate crisis to help put the country back on track and avoid runaway climate change.

ACT ON CLIMATE FEATURED IN THE AGE: 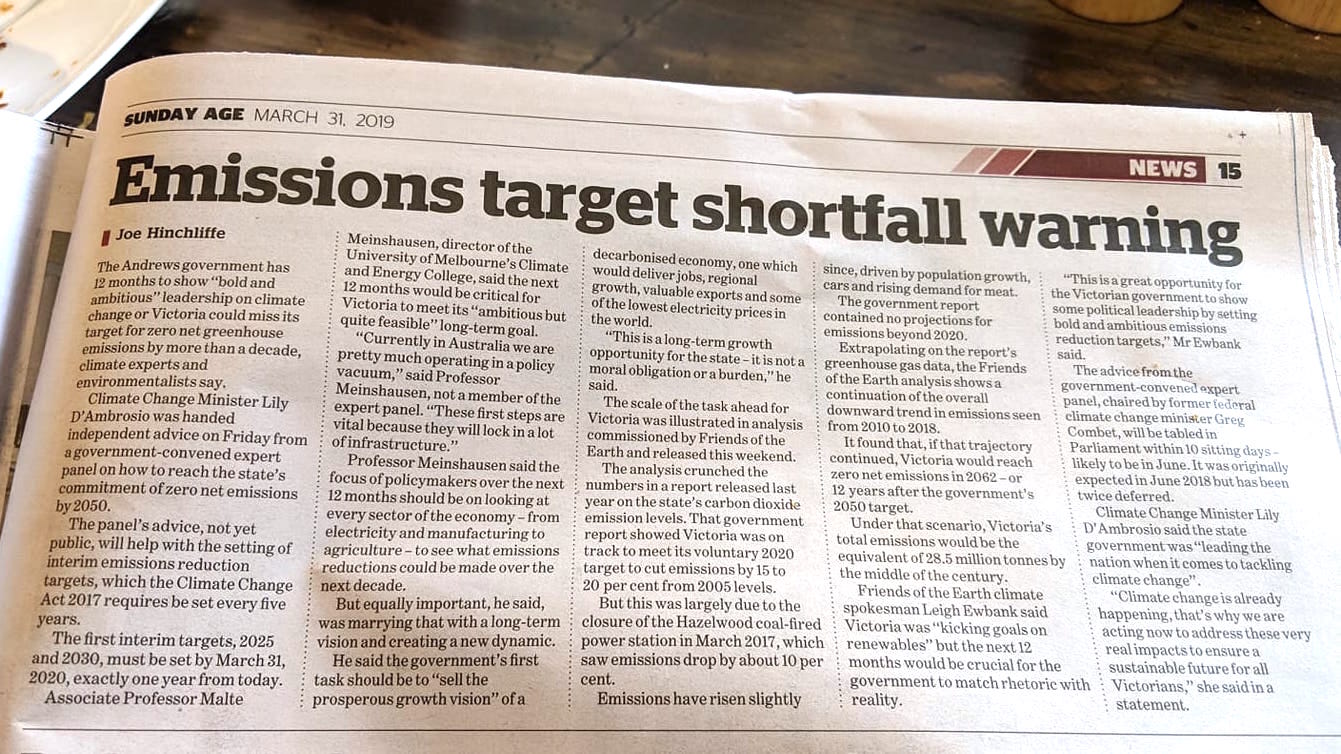 Our analysis showed the Andrews government must commit to bold and ambitious action on climate this year or Victoria will miss its 2050 target of zero-net emissions by over a decade. (And we need to achieve zero-net emissions much earlier than that!)

We're proud of our efforts to secure mainstream media coverage of this key issue as the government resumes its decision making on emissions cuts. Click here the read the full article.

PUTTING CLIMATE ON THE AGENDA & HAVING IMPACT: 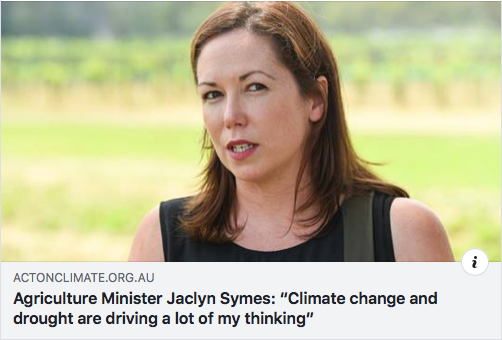 Over three hundred Act on Climate supporters have emailed Premier Dan Andrews and key Cabinet ministers since late March. And they're having an impact.

In her mid-April address to the Rural Press Club, Minister for Agriculture Jaclyn Symes (one of the ministers emailed) said climate change was "driving" her thinking. Minister Symes said the government must act to reduce emissions "so that we can play our part in ensuring the worst climate change scenarios are not realised."

Click here to read our report on Minister Symes' address. And if you haven't already, click here to send an email to Cabinet so we can encourage more ministers to champion climate action. 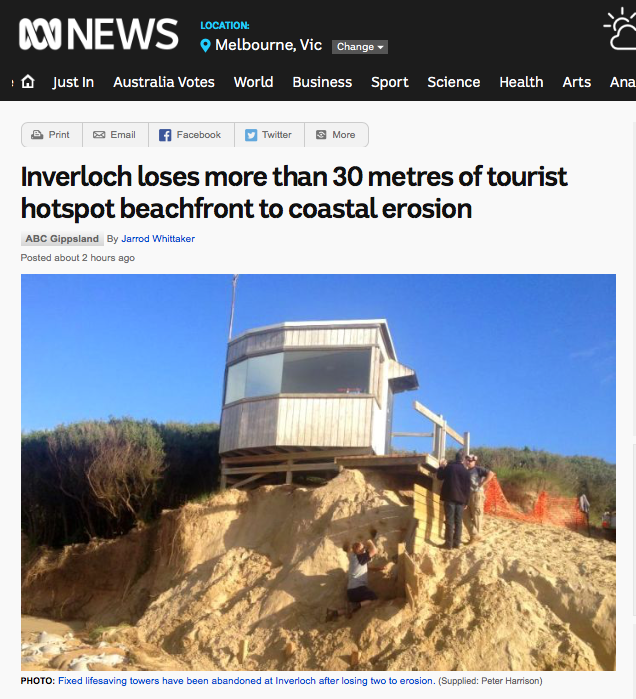 The Act on Climate collective has been supporting community members in Inverloch and the Bass Coast where dramatic climate impacts can be seen.

Citizen scientist Aileen Vening has recorded 36 metres of coastal erosion since 2012 and it has councillors and community members concerned.

Our efforts in the region has catalysed the formation of the Bass Coast Climate Action Network to champion climate solutions and seen the local climate impacts receive national news coverage.

Click here to watch a video of the damage caused by a recent storm surge.

Act on Climate collective meetings are absolutely cranking. Up to twenty people are attending weekly meetings to lead our fight for science-based targets.

If you'd like to get involved in the campaign, please register as a volunteer or come along to one of our regular Monday night meetings. No prior experience is necessary, just a passion for community action on climate change and social justice. 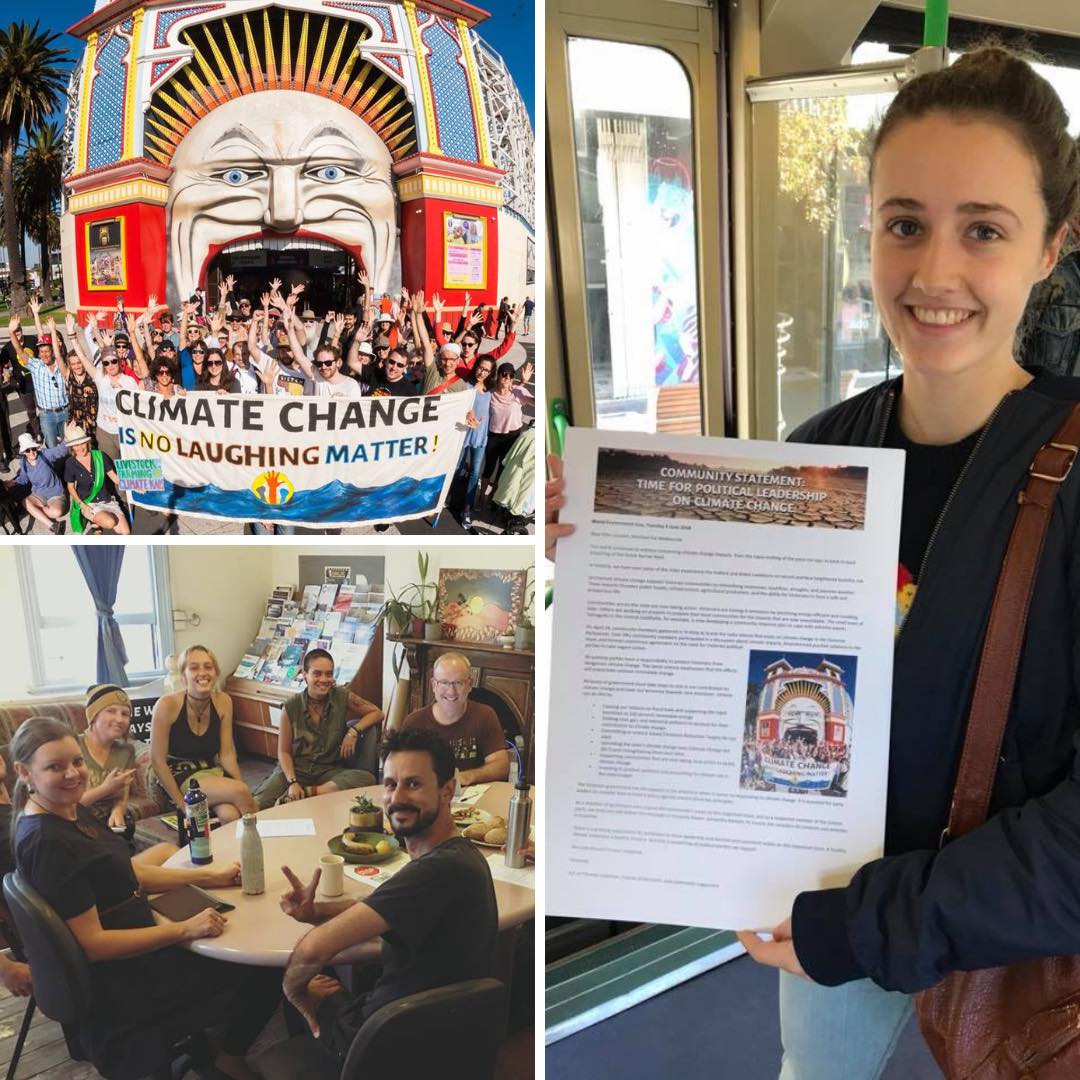 SUPPORT THE FIGHT FOR CLIMATE ACTION:

Our campaign for science-based emissions cuts is gathering momentum. But we need help to take it to the next level.

A donation to our campaign fighting fund will help us empower communities on the frontline , put the blockers on the back foot, and encourage politicians to show leadership.

Any contribution you make will help us cover the costs of travel to regional areas, venue hire, printing and banners, and ensure we have a campaign coordinator on deck. Click here to make a tax-deductible donation.

There are plenty of exciting events coming up in May. 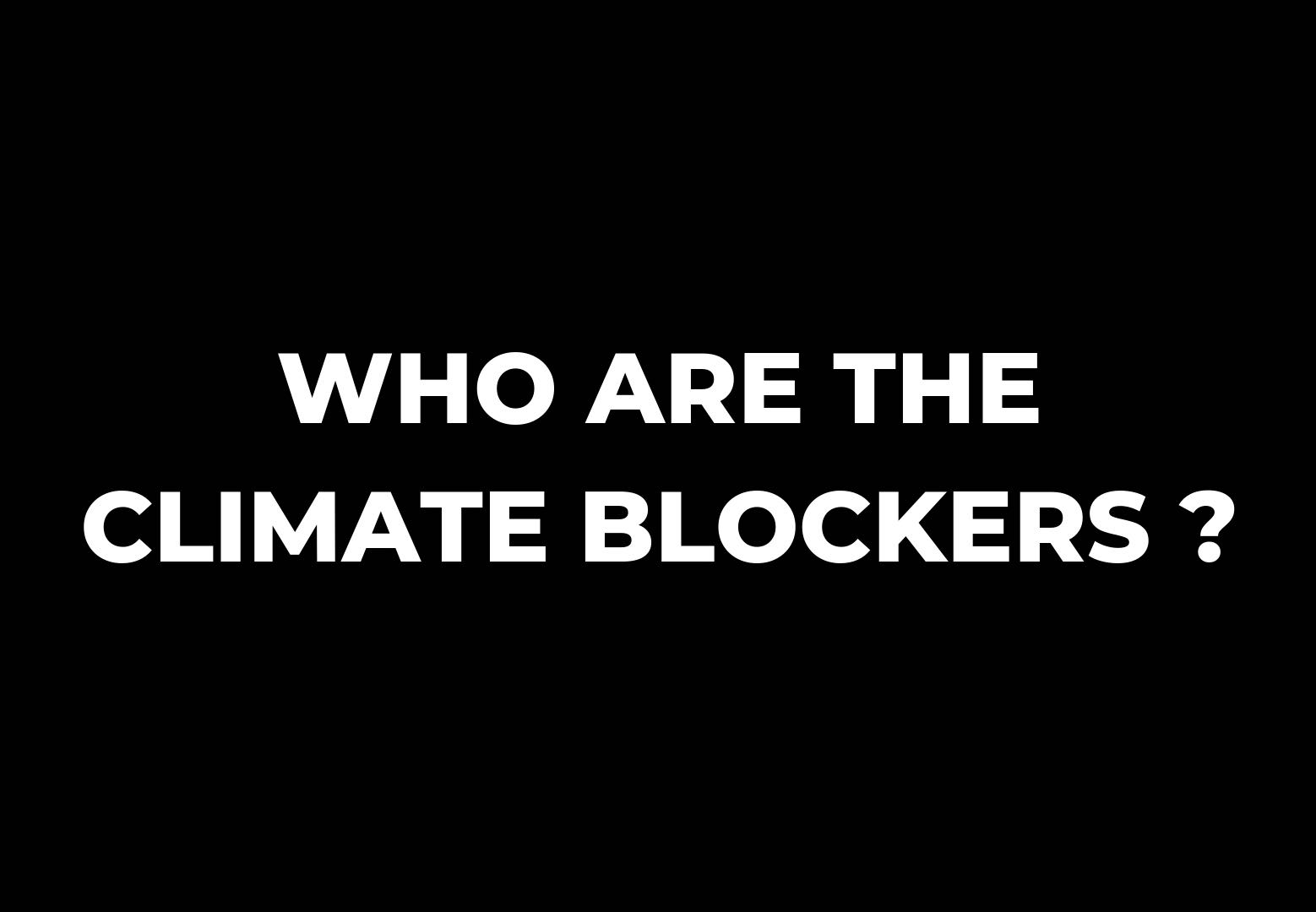 It begins with a National Day of Action on Climate Change and ends with a Walking tour of Melbourne to identify the biggest blockers of climate action.

We'd love to see you at the following: