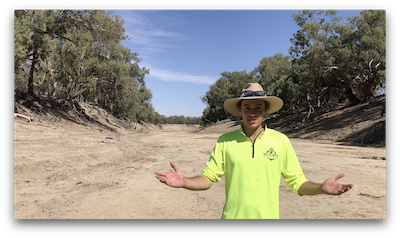 Residents in Far-Western NSW have left out to dry this election cycle as the leader of the country remained absent during one of the worst disasters in the history of Australia’s inland rivers.

If, like him, you've missed it, since December millions of fish washed up on the lower Darling near the township of Menindee in far west NSW. In three mass fish kill events the iconic Murray Cod,  endangered silver perch and the Barkandji totem the bony bream have died in extraordinary numbers.

The disastrous images and videos that poured out of the far west had the rest of the country in shock. We saw scenes so unbelievable they attracted interest from around the world. But somehow the gravity of the disaster was lost on the leader of the country. 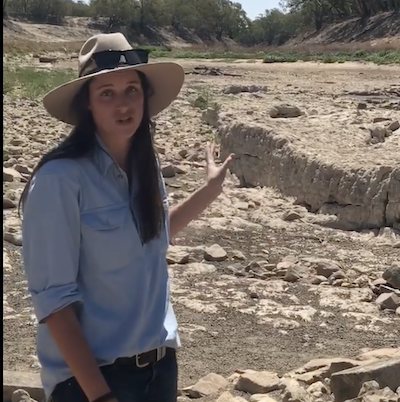 Out there, it’s not just the fish that are suffering. The community is relying on the in kind support of the good people of Australia to truck in fresh drinking water. This summer, the river from Burke to Pooncarie was reduced to a series of stagnant pools, conditions ripe for the proliferation of blue green algae. People washing in the water have broke out with rashes and sores, its so bad you wouldn’t let your dog drink it.

At any distance this isn’t simply a mess, it’s an ecological catastrophe and a national disaster. But Scott Morrison has hardly bothered to comment on it, let alone show support for the people suffering.

The situation is made worse because the people on the front line have known for years that a man made disaster was coming. It’s the direct result of failure of two levels of government. The NSW government failed to manage the Menindee Lakes with integrity and the Federal Government with the Murray-Darling Basin Authority failed to reign in widespread over use of for irrigation.

The scale of the disaster puts Scott Morrison’s inaction is at odds with his model Liberal leader of the day. During the Millennium drought John Howard rose to the challenge of water management and brought in the 2007 Water Act. It was landmark reform that laid the ground work for the biggest environmental policy in Australia’s history - Murray Darling Basin Plan. Howard acknowledged the immense challenge of managing water resources on the driest inhabitable continent, something Morrison’s government has only shied away from. 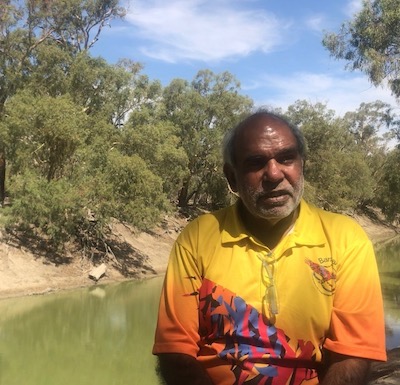 The Barkandji elders, traditional owners on the Lower Darling River, or the Barka as its known to them, are calling the management of our water genocide, as both their name and their culture is rooted in the Darling River. Without fixing the rivers, the Government is literally killing them. Now that’s a strong word but a boy born in Wilcannia today can expect to live to the ripe old age of 37. It’s a shocking statistic, one that in itself is a national disgrace. There’s no doubt that life expectancy in Wilcannia is directly related to the Barkandji people’s ability to practice culture and live a happy life along the river as they have done since time immemorial.

How can the Prime Minister of this country leave communities to drink and bathe in water contaminated with blue-green algae? There is known links between the algae and motor neurone disease. In 1991 a blue-green algae outbreak along the Darling was declared a state of emergency. Yet this time the only thing we’ve heard from Coalition Government is the false assertion that drought is to blame.

People out west have seen drought before and long lived through them. This time it’s different. The community is being forced to live in terrible conditions. They have waited for your visit, to show you exactly what has caused this disaster and tell you how to fix it. But to no avail.

What they want is simple - recognition of the emergency that continues impact life on the Lower Darling, supply towns with drinking water and fix the Basin Plan so that the river can flourish again. A true leader would have done what needs to be done.

Thats why we’re asking - Prime Minister, Where the Bloody Hell are You?