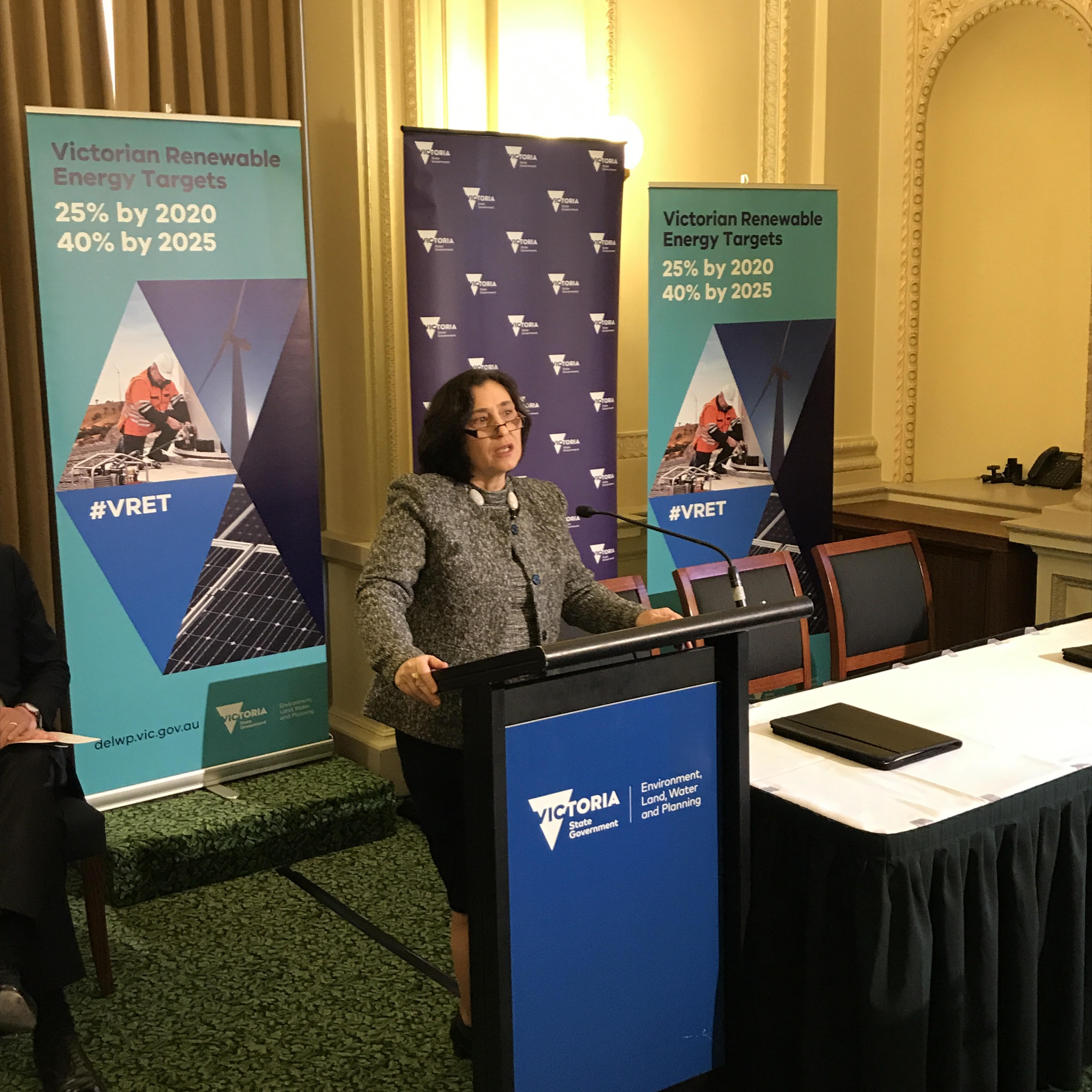 The Andrews government have this morning announced the first big solar farms in the state as well as auctions to bring 650 megawatts of new projects online to kick off the legislative push on the Victorian Renewable Energy Target.

Friends of the Earth welcome the announcement and say it’s a vital stepping stone for the Andrews government towards its commitment to deliver 5,400 megawatts of solar and wind by 2025--taking Victoria to 40 percent renewables.

“We welcome the Andrews government's announcement of renewable energy auctions which demonstrate a strong commitment to grow renewable energy and create jobs,"  said Pat Simons, Friends of the Earth spokesperson.

"The first round of competitive auctions is a vital stepping stone for the Andrews government to deliver its commitment to 5,400 megawatts of new solar and wind farms by 2025.”

In June 2016 the Andrews government committed to Victorian Renewable Energy Targets of 25 percent by 2020 and 40 percent by 2025--a plan that will deliver 5,400 megawatts of new wind and solar farms, create over 10,000 jobs, and attract as much as $9 billion worth of investment to the state.

Friends of the Earth say the Labor government's announcement is good news for Victorian householders and businesses--expected to save households $30 per year, medium businesses $2,500, and large businesses $140,000.

“When it comes to new generation, renewables are cheapest. New solar and wind farms outcompete coal and gas on price."

"Rolling out solar and wind is the best way to put a handbrake on rising power prices,” added Simons.

Victorians deserve positive leadership on energy from all political parties.

“The Matthew Guy opposition appear increasingly out of their depth on energy policy," said Pat Simons.

"How can they be trusted to deliver for Victorians when they don't understand the simple laws of supply and demand?”

“It's time for Matthew Guy opposition to review their current stance on energy and climate change, and realign their party position with the public who overwhelmingly support investing in renewable energy."

"Matthew Guy is putting the Liberal party in hot water with its supporters who overwhelmingly back more renewables."

Friends of the Earth has co-ordinated the community campaign for a Victorian Renewable Energy Target since 2014. The group will be paying close attention to the passage of the legislation to enshrine the target into law.

The bill will be introduced into the state parliament today.

Make a donation to Yes2Renewables today, and support the campaign that is bringing home the Victorian Renewable Energy Target!