Australian Energy Daily reports Minister D'Ambrosio told a CEDA webinar on Friday (11 Sept) that the Andrews government would set interim Emissions Reduction Targets for 2025 and '30 by the end of the year:

"Not only will we be setting those interim emissions targets by the end of this year, we will have a budget consideration that goes to the various pledges that we will be making in important sectors that include energy, include transport, industrial processes, agriculture and LULUCF [land use, land-use change, and forestry]," said Minister Lily D'Ambrosio.

"I'm actually looking forward to announcing what our new targets will be for further reductions in emissions as we get closer to the end of this year."

The Minister's public comments are the first to detail a timeline for setting targets since the government announced it had deferred a decision due to the escalating pandemic. The targets were originally expected to be set by March 31 and announced in June.


Friends of the Earth has coordinated a grassroots campaign for science-based targets since 2017. The campaign is supported by thousands of community members across the state. Our response to the deferral can be viewed here.

The Intergovernmental Panel for Climate Change warns of catastrophic consequences if global warming cannot be kept below 1.5°C. The horror bushfire season in Australia over summer and wildfires now raging on the west coast of the United States are a taste of what's in store if the globe fails to act.

The litmus test for governments is whether they commit to and deliver the emissions reductions needed help keep warming below 1.5°C. With the Morrison government refusing to act, community members are looking for the Andrews government to show leadership.

This dynamic is playing out when it comes to economic recovery efforts. While the Morrison government is pushing for a "gas-led recovery," there are signs Victoria will forge a smarter path. 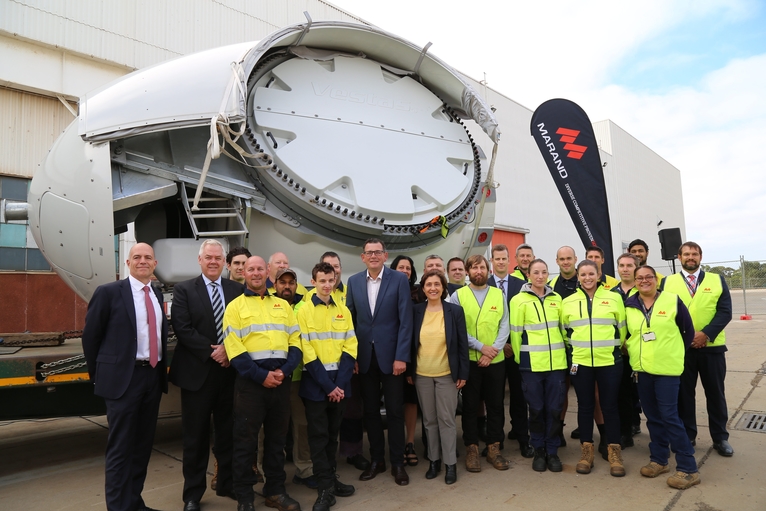 In her address, Minister D'Ambrosio signalled that the Andrews government's post-COVID-19 economic stimulus would be geared towards tackling the climate crisis:

"We're going to have some really important things to say in terms of energy efficiency for homes as we work our way through some of the stimulus arrangements," said D'Ambrosio.

"Coming out of the second wave of COVID that we're experiencing right now in Victoria, we will have a government that will make announcements that will lead to investment that will not have been seen in this state ever before."

"This will be about also maximising, optimising the opportunities for decarbonising our economy. Make no mistake about that."

The community campaign for science-based Emissions Reduction Targets continues. Friends of the Earth will launch a new push to secure Victoria's targets in coming weeks.