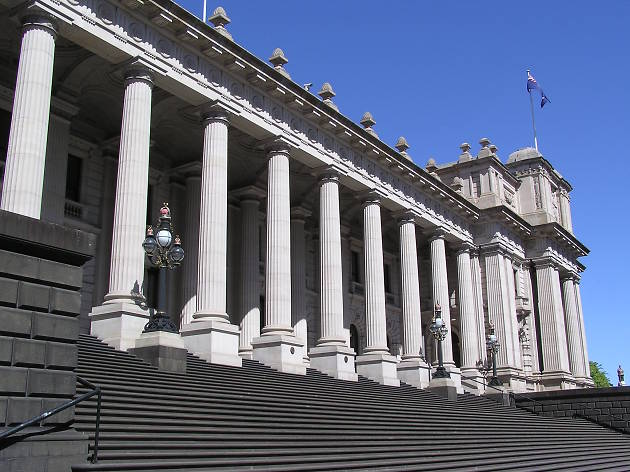 Friends of the Earth have welcomed the reappointment of Lily D’Ambrosio as Minister for Energy, Environment, and Climate Change, saying a steady hand will guide policy in Victoria while policy chaos continues at the Federal level.

“With climate and energy policy chaos continuing at the Federal level under the Coalition, a steady hand is needed in Victoria to rein in emissions and help Australia meet its international commitments.”

The $4.3 million grant scheme launched by Minister Lily D’Ambrosio in June 2017 attracted over 240 applications, yet there was only enough funding available to support 24 projects across the state.

“Minister D’Ambrosio is keenly aware of the strong appetite for funding support in the community,” said Leigh Ewbank.

“Lily D’Ambrosio can supercharge community efforts to tackle climate change by securing a dedicated fund for climate action in the next state budget.”

Minister Lily D’Ambrosio has the expanded responsibility for the Solar Homes program that will contribute towards meeting the state’s legislated Renewable Energy Targets and Emissions Reduction Target.

In 2019, the Andrews government will make decisions about Victoria’s first interim Emissions Reduction Targets (ERTs) for 2025 and 2030.

“With the Federal government failing to act on climate and the world’s leading scientists urging politicians to triple their efforts,” said Leigh Ewbank.

“The Andrews government can show political leadership on climate change targets by ensuring the ERTs are consistent with the best available science.”

With the re-election of the Andrews government, Victoria’s legislated renewable energy targets are now safe.

In the 21st century it is vital that governments integrate energy and transport solutions to grapple with climate change.  According to a recent report by the Climate Council transport is the second largest source of greenhouse gas emissions.

“Powering the train network with renewable energy would be a sign of leadership and demonstrate the Andrews government is capable of reducing emissions in both the electricity and transport sectors” added Simons.

Friends of the Earth urge caution with further dividing the roles in transport to keep Melbournians moving. Transport was a high priority for voters this election, and is high on the agenda for the returned Andrews government.

With three Ministries covering transport—including a new Minister for Transport Infrastructure, and continuing Ministers for Public Transport, Ports and Freight, and Roads—Friends of the Earth look forward to more information regarding the change in Ministries responsibilities and coordination.

We welcome the new Minister for Public Transport Melissa Horne. Minister Horne’s seat in Melbourne’s western suburbs have below average public transport access, and we hope that this appointment mean the opportunity to improve services.

“The community are looking for investment in the ‘Melbourne Metro 2’ project to tackle congestion and commuter traffic. This rail tunnel connection from Newport to Clifton Hill, via Fisherman’s Bend and the CBD, would create thousands of local jobs and keep Melbourne moving for the future,” said Ms Lynskey.

Friends of the Earth has been advocating for greater forest protection in Victoria.

“Policy to protect the natural environment was sorely missing from Labor’s last term in office. Despite overwhelming electoral support for the creation of new national parks to protect forests from logging, Labor has so far failed to act,” said FoE forests spokesperson Ed Hill.

“Labor’s strong majority in both houses gives them a mandate to implement progressive policies and the protection of native forests and a transition plan for the native logging industry must be at the top of their list,” said Ed Hill

“Within the first 100 days of government we strongly urge Premier Andrews to establish a Ministry for the transition of the native forest logging industry and formally protect high environmental values forests in new parks and reserves,” said Ed Hill

“We welcome the re-appointment of Lily D’Ambrosio as Environment Minister and call on her to immediately make public the findings of the independent review of regulation of logging,” said Ed Hill.

“With the latest revelations, exposed on ABC 7:30, that widespread illegal theft of our forests is taking place under a dysfunctional and broken regulatory system, the public has a right to know what recommendations the independent review has put forward and what actions the Minister will take to give Victorians greater confidence in regulation of logging in Victoria,” said Ed Hill.