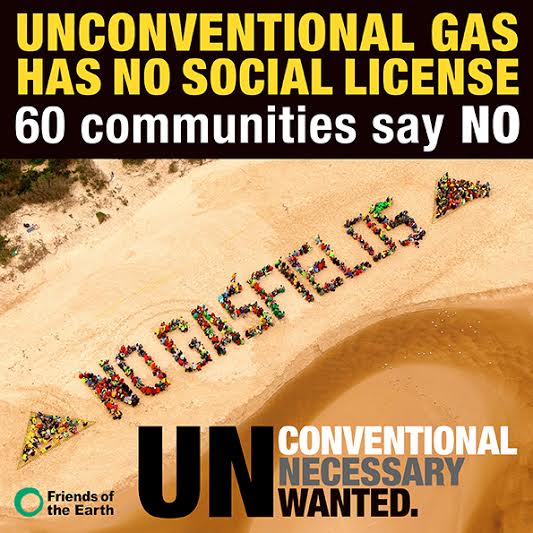 New polling commissioned by The Greens highlights the strong opposition to the unconventional gas industry in metropolitan areas.

“Community resistance to this industry is enormous across regional Victoria” said Friends of the Earth co-ordinator Cam Walker. “More than 60 communities have already declared themselves coal and/or gasfield free.”

“As yet, environmental groups have not worked deeply in metropolitan areas on the issue of unconventional gas. Yet the polling carried out in the seats of Brunswick and Prahran shows there is already a depth of opposition that should make all political parties pay attention.”

When asked “Do you support or oppose the development of coal seam gas and fracking in Victoria?”, 70% of all respondents said they opposed the industry, while only 17% of voters support an unconventional gas industry. Significantly, the issue is one that will shift people's voting intentions. For instance, 75% of South West Coast respondents oppose onshore gas drilling, including 68% of LNP voters.

“As the state inquiry into the unconventional gas industry continues public hearings today, the message for all parties is clear: this industry has no social license to operate in the areas where drilling would occur. And there is strong opposition in metro communities.”

“The Inquiry offers our state the best chance it will ever have to stop this destructive industry. Given the known contamination dangers associated with this industry, the negative impacts it will have on current farming and economic activity, and the deep community opposition, the only logical outcome of the inquiry must be a permanent ban on unconventional gas drilling and fracking”.

Please sign our petition calling for an outright ban on all unconventional gas drilling in Victoria.

Check here for details on the Inquiry.