Through the lockdowns in 2021, and since we've hit the ground again for back-in-real-life action in 2022, our collective has pumped out an incredible amount of work. And this tax-time, we're calling on our supporters to chip in for climate campaigning that delivers.

Can you support our climate justice work with a tax-time donation?

Every donation that we receive helps build the movement for climate justice. Over the last year, support from our community has powered us to deliver strong outcomes and coordinate creative actions such as... 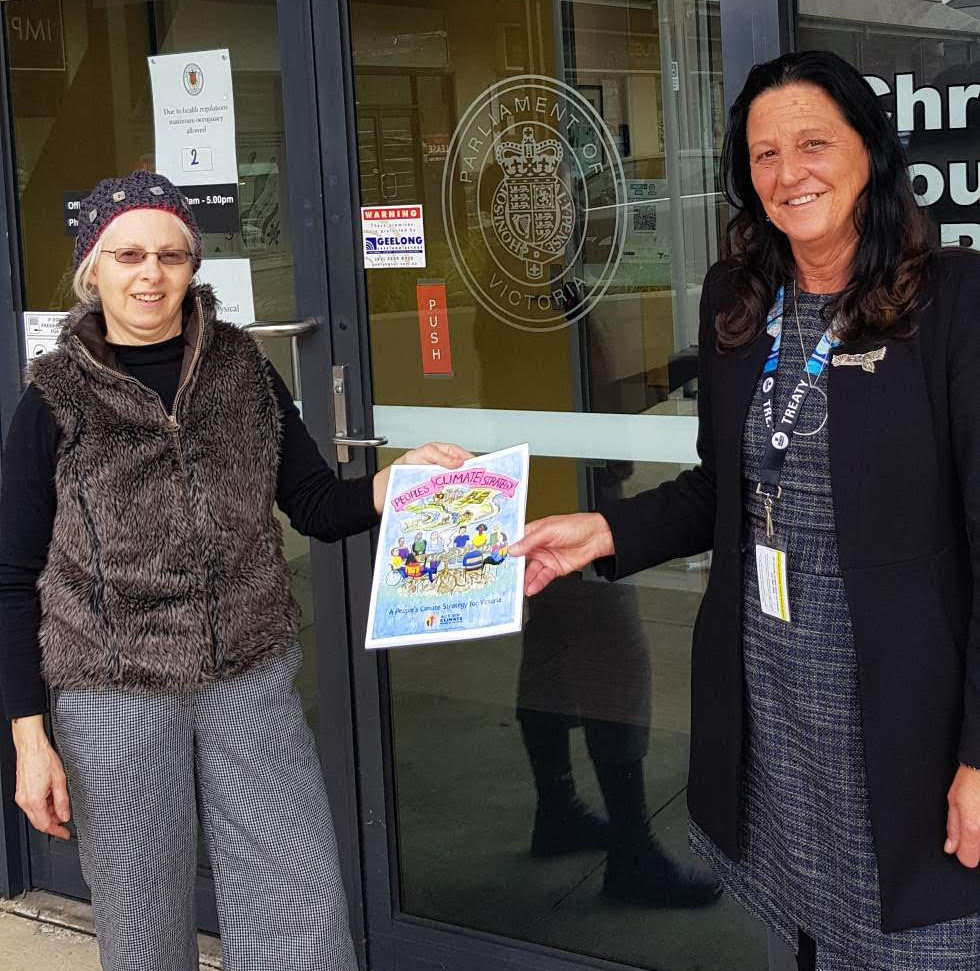 Delivering the People's Climate Strategy
After we coordinated a year-long project to write a People's Climate Strategy for Victoria, we brought it home in July and August of 2021 with an epic Delivery action. From the coast, to the city, to the Murray, community members met with nearly 50 MPs across all political parties to deliver copies of the Strategy, talk to them about the climate impacts they are already seeing unfold, and the local climate solutions they want to see rolled out.

Launching Climate Impacts at Work
FoE has a long and proud history of working with our comrades in the union movement to fight for social and environmental justice. In October 2021, FoE launched its Climate Impacts at Work project with six Victorian unions. The project has been surveying the unions' members about their experience of different climate impacts in their workplaces, and the kinds of action they want to see regarding both mitigation and adaptation from governments and employers. Results of this survey will be released in coming months. 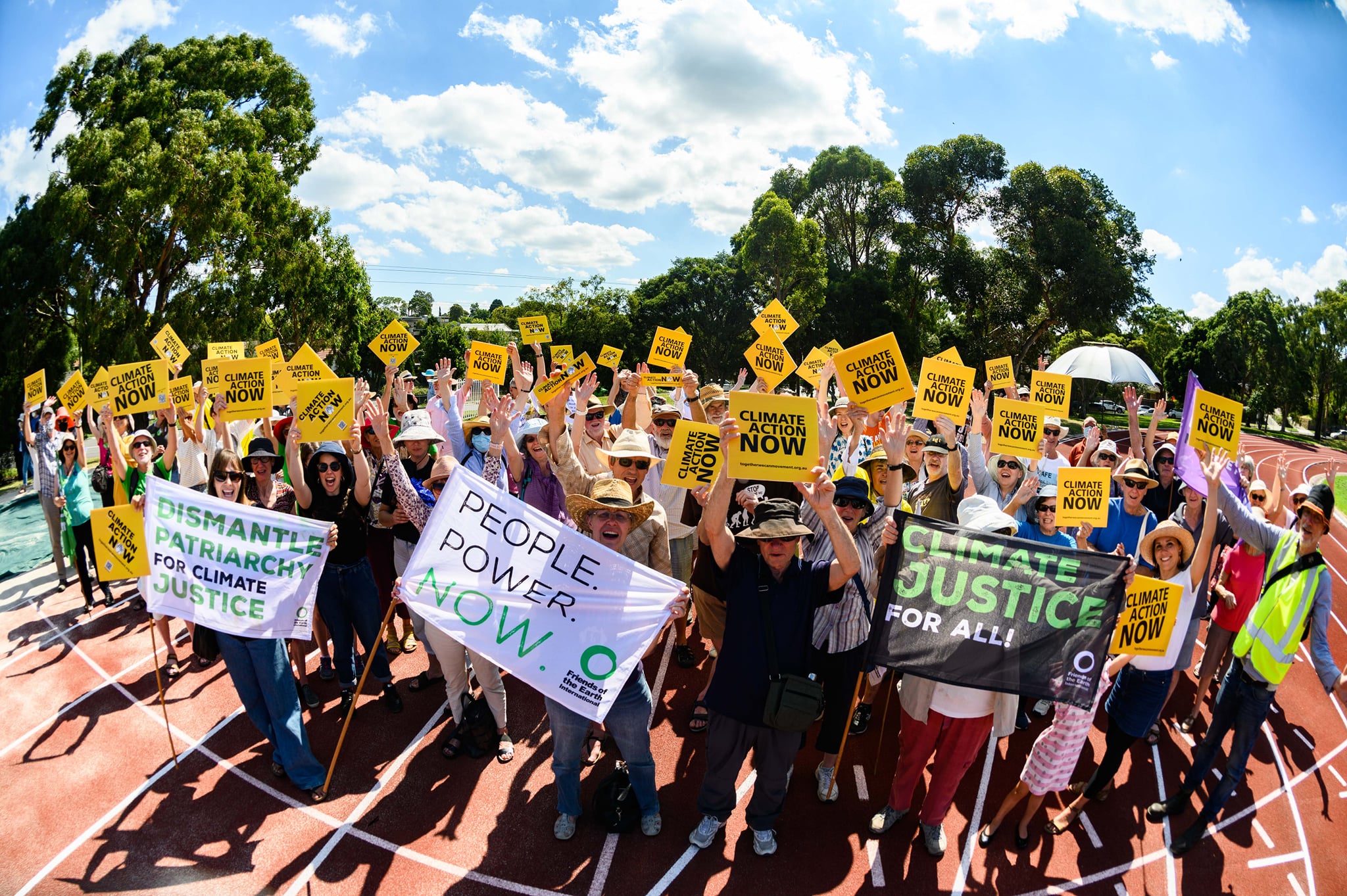 Putting climate action on the federal election agenda:
The 2022 federal election result showed that when communities organise themselves at the grassroots level, local wins can pile up to change the course of a whole country. We're super proud of our legendary community organiser Jarred Abrahams, who has spent the last year coordinating community alliances in the key federal seats of Higgins and Chisholm to put climate action front and centre as an issue for all candidates. 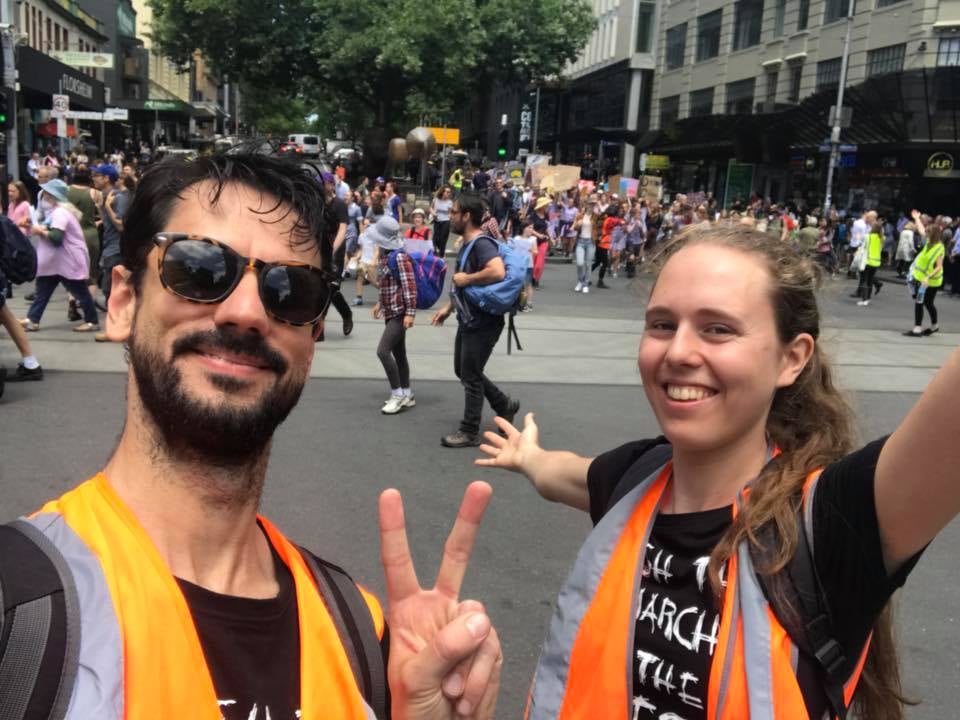 And finally, a special acknowledgement:
Act on Climate's impactful, strategic and creative work which has seen us deliver powerful outcomes for climate action in Victoria over the last 5+ years has been driven by our extraordinary powerhouse, Leigh Ewbank. Leigh took me under his wing when we started Act on Climate together in late 2016, when I was fresh out of the year 12 exam room. The time he has taken to nurture and mentor me and many other activists has made the movement all the more stronger. While Leigh steps back for a well deserved recharge break, donations from our community will support the next generation of campaigners to step up and take the reins.

Back up our young campaigners with a tax-time donation here.

Now, the countdown to the Victorian state election is on. And for the second half of the year, we'll need your back up to do work such as...

As the financial year draws to a close, now is a great time to make a tax-deductible donation to help the Act on Climate collective continue its impactful work.

If you have a few spare bob, please chip in. Donations over $2 are tax-deducible and every dollar goes a long way at Friends of the Earth.

- Anna, and the whole Act on Climate team.