Industry is ramping up its campaign to have Victoria's moratorium on gas drilling ripped up, but Friends of the Earth says they will face strong community opposition.

"Communities fought long and hard to win a ban on fracking and moratorium on conventional gas drilling in Victoria, and will ," said Cam Walker, Friends of the Earth campaigns coordinator.

Between 2011 and 2017, hundreds of thousands of community members in rural and regional Victoria campaigned for a permanent ban on fracking and moratorium on onshore conventional gas drilling.

The unprecedented community campaign was so powerful that the government, opposition, and micro parties voted in support of protecting farmland from gas drilling.

"Developers should respect the fact that Victorians revoked the social licence for gas drilling."

Friends of the Earth says the Labor government made the right call in 2017 and says extending the moratorium will protect Victorian farmland and prevent stranded assets from being built:

"The Andrews government made the right call when it established the moratorium in 2017. We're urging them to remember the community sentiment and extend the moratorium," said Walker.

"The last thing Victoria needs is to be lumped with stranded assets from the fossil fuel sector."

"Australia just experienced the hottest and driest year on record and the highest ever fire danger ratings. With the impacts of the climate crisis plain to see, it's an incredibly insensitive time to for the industry to be calling for the Andrews government to rip up the moratorium on gas drilling."

Friends of the Earth has called a Weekend of Action to Defend the Gas Moratorium on February 8-9 to allow community members across the state to express their commitment. 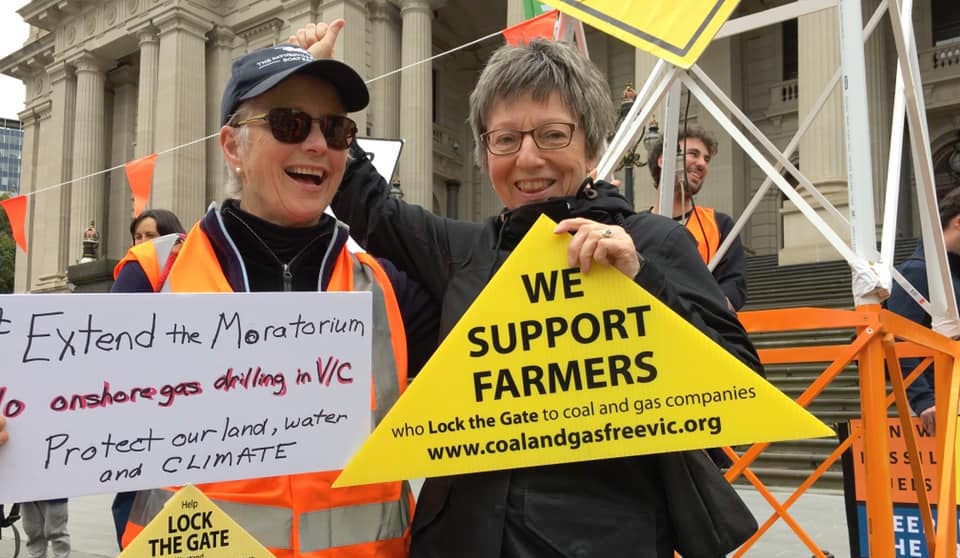