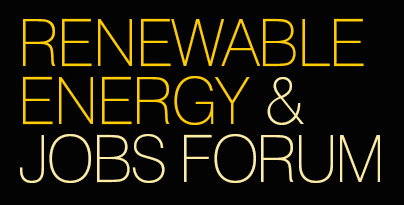 The renewable energy sector has created hundreds of jobs and generated millions of dollars worth of investment in south west Victoria, yet uncertainty clouds the sector’s future. Jobs and peoples' livelihoods hang in the balance.

What plans do the major political parties have to secure renewable energy jobs and investment in Victoria? Now that’s a good question, especially with a state election fast approaching.

To get some answers, FoE’s Yes to Renewables campaign has partnered with the Australian Wind Alliance and Portland community members to present the Renewable Energy & Jobs Forum – 2014.

The event will feature Dr John Hewson, former Liberal Party leader as keynote speaker as well as high-ranking Victorian politicians. Local business leaders with a stake in renewable energy will also be on hand to speak.

A representative from the state government as well as Victorian Labor’s shadow energy minister, Lily D’Ambrosio, and Greens leader, Greg Barber, will discuss what policies they will be bringing to the November 29 election.

There will also be a Q&A session allowing you to get further information from the presenters.

RSVP now to secure your seat at this exciting event. 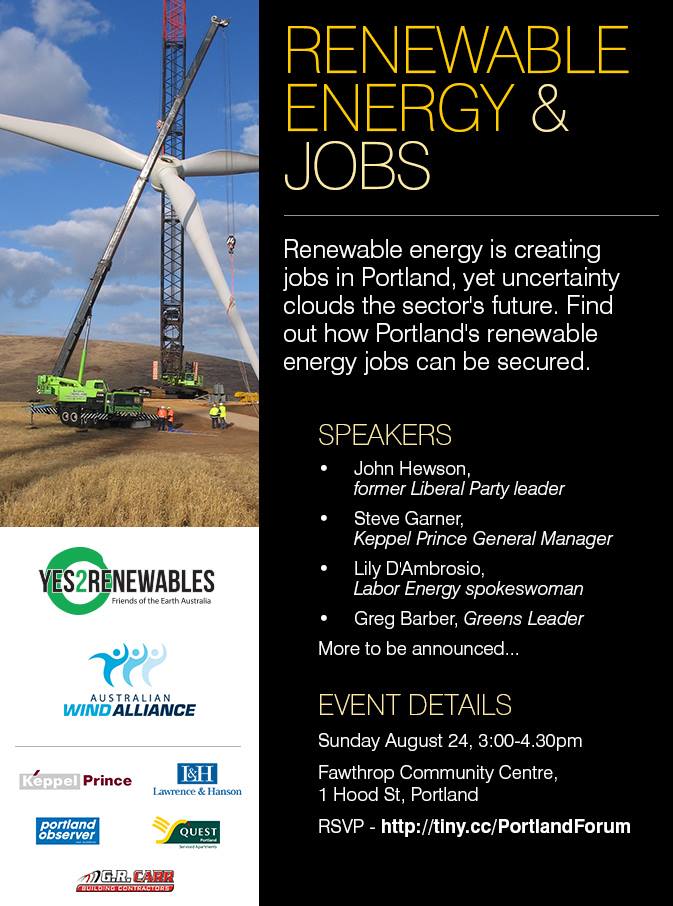