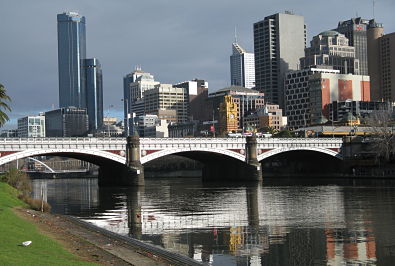 Friends of the Earth welcomes the announcement by the Planning Minister Richard Wynne that he will reappoint the ministerial advisory committee put in place by his predecessor Matthew Guy to write Plan Melbourne.

Plan Melbourne is the key document guiding Melbourne's growth until 2050.

“Many in the community were concerned that the previous government had removed targets for affordable housing and reducing greenhouse gas emissions in Melbourne” said Friends of the Earth campaigns co-ordinator Cam Walker. “The fact that it had refocused Plan Melbourne around the East West Link proposal and scrapping the Melbourne Metro tunnel was also unpopular in the community”.

“Given that the vast majority of Victorians live in Melbourne, it is essential that we get sensible planning frameworks in place to priortise equity, sustainability and liveability in the future development of our city. The transport sector is the second largest contributor to the state’s greenhouse gas emissions, and the previous government’s focus on new major road projects at the expense of public transport infrastructure was planning policy from the 1960s”.

There are many elements of Plan Melbourne that will help drive more sustainable development through encouraging infill in suitable areas through concentrating development along rail lines. It is essential that a fixed outer urban boundary for the city be retained, protecting the green wedges that ring the city.”