The Environmental Effects Statement for the controversial North East Link tollroad will finally be released today and open to the public. Environment group Friends of the Earth says the process will unearth community concern about the project. 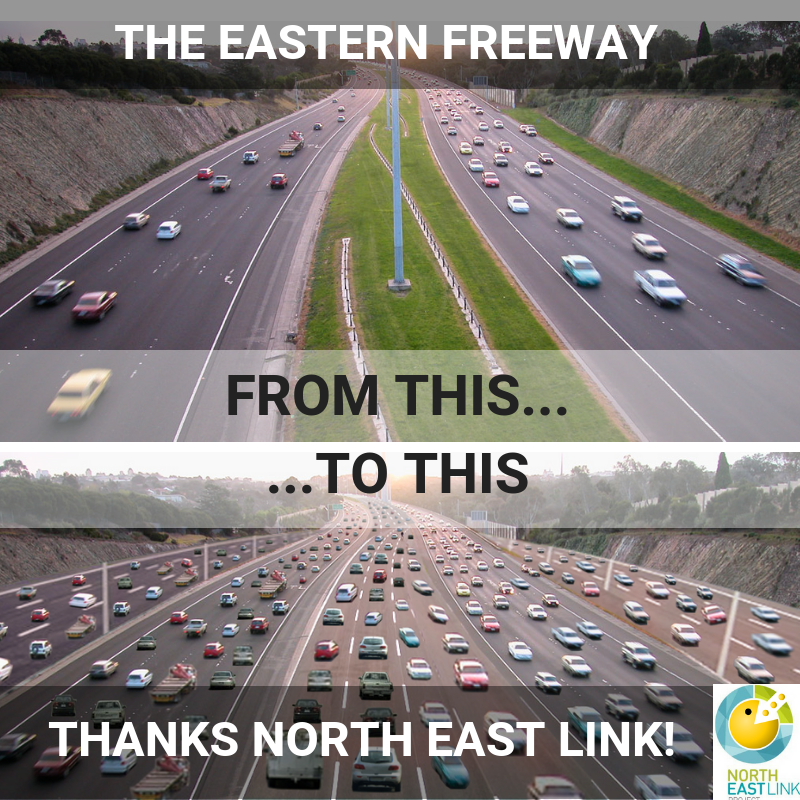 "Community members have concerns about the loss of precious green space along the proposed path of the North East Link. Years of hard work by local residents along the Yarra River, Kooyong Creek, Merri Creek, and Banyule Flats to restore the native vegetation is being put at risk instead of protected," said Rachel Lynskey, Sustainable Cities spokesperson for Friends of the Earth.

"The community is taking this moment to fully understand the extent of damage from the North East Link, but at over 10 000 pages this is no easy task for small community groups or local residents. The government should be giving the community more time to digest the EES, not rushing things through."

“The community are facing a mammoth task to understand this controversial project, especially the significant environmental impacts of this project.”

Friends of the Earth say mega toll road projects lock Melbourne into decades more congestion, tolls and pollution. Local residents in the north and eastern suburbs of Melbourne will not see relief from traffic and trucks under the North East Link toll road.

“The government has not investigated real alternatives to the congestion in this local area. North East Link will instead bring 90,000 more cars onto the busy Eastern Freeway, increasing pollution and traffic in Melbourne. The North East Link toll road will deliver gridlock.”

Councils affected by the controversial toll road – including Banyule, Yarra, and Whitehorse – are opposing the project and standing up for their constituents concerns about local impacts.

“Current design plans for the North East Link pave over the dreams for a high capacity public transport connection along the Eastern Freeway to Doncaster. This would future-proof this area of Melbourne with convenient and comfortable public transport,” added Ms Lynskey.

Melbourne continues investment in roads, at the expense of public transport and a world-class rail network. The community are asking instead that the government invest in freight on rail to reduce pollution from trucks travelling on suburban streets and a less expensive immediate alternative to the North East Link.

"Community members are crying out for the Andrews government to invest in the Melbourne Metro 2 and Doncaster Rail, not another toll road."

To tackle congestion and commuter traffic Friends of the Earth recommend the commencement of planning and construction of Melbourne Metro 2. This connection of Clifton Hill to the CBD makes it possible for a Doncaster Rail addition. The project would create thousands of local jobs, and keep Melbourne moving for the future.

“The Andrews government has started the much needed job of investing in the public transport infrastructure a city of 5 million people will need. The Metro Tunnel and proposed urban rail loop are real solutions to traffic gridlock. They will also help create a low carbon city. The time for mega roads is over. The time for shifting investment away from roads and into public transport is now. It is time for the premier to Rethink the Link.”