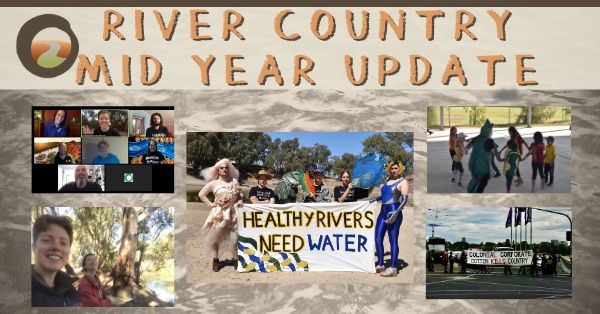 We've all had to adapt how we work, since COVID-19 has kept us at home, River Country has brought you two online events and we've got more in the works. 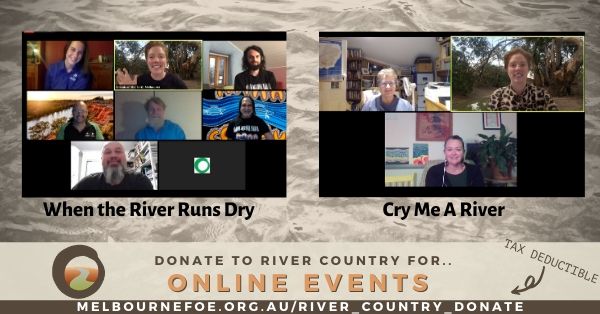 This year the Lifeblood Alliance a community of Indigenous, environmental and local groups launched a campaign to buy back more water in the Murray Darling Basin. There's almost 50 billion litres for wetlands and river ecosystems that could be bought back immediately from willing sellers. We say buy back more water!

River inflows have almost halved in the last 20 years. There's less water available for the rivers themselves and everyone who depends on them. Open tender buy backs from willing sellers are a quick and easy way to get more water flowing down the Barka and restore balnace to the system as a whole. #ReviveOurRivers

Water is finally flowing down the Barka-Darling River for the first time in years. An amazing sight, bringing relief to communities struggling without water and joy to so many faces.

But NSW Water Minister Melinda Pavey allowed these critical flows to be exacted before the water even had made it the whole way down the river. Thanks to all our calls and email and inquiry into this decision is happening now and the minister met with our allies about the debacle.

These first flows are a life saver for ecosystems under extreme stress, much more water is needed to bring the river system back to balance. 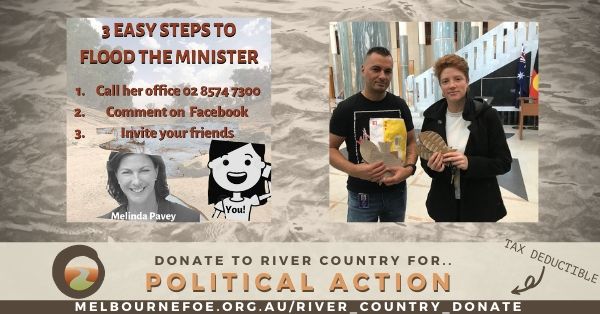 Transitions Film Festival With When The Rivers Run Dry

When the River Runs Dry the Australian documentary is an inspiring tale of communities fighting for survival despite the rule governing the Murray Darling Basin failing to stop the extinction-level events, and displacing communities.

Campaign Coordinator Megan Williams was pleased to speak alongside film Makers Rory Mcleod and Peters Yates and Muruwari and Budjiti man Bruce Shillingsworth at the sold out event. We also opened the encore screening at the Transitions Film Festival and joined Rory and Peter later screening in Castlemaine before cinemas were closed due to COIVD 19 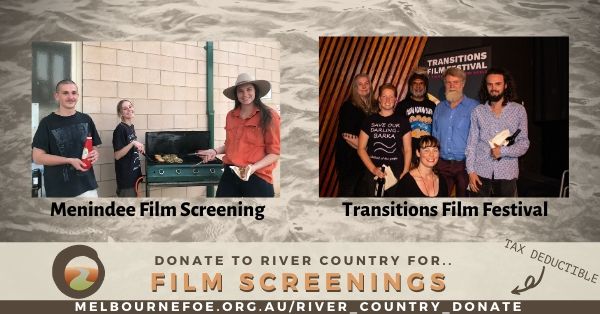 Solidarity With the Wilcannia Bridge Blockade

End water trading, that was the call from the blockade on the the Wilcannia Bridge to protect the cultural lifeblood that is the Darling River. We love a trip out west, but we couldn't get there this time, so we held a peaceful demonstration in solidarity with the First Nations putting their bodies on the line.

Be inspired by the words of Ngiyeempaa Elder Aunty Beryl Carmichael - “Water is not a commodity! We say hands off. The First Nations people are the custodians of this water and we are responsible for it under First Law. This is a call for justice, we are spiritually connected to the river and we need the water for our lakes, our animals and our people.” 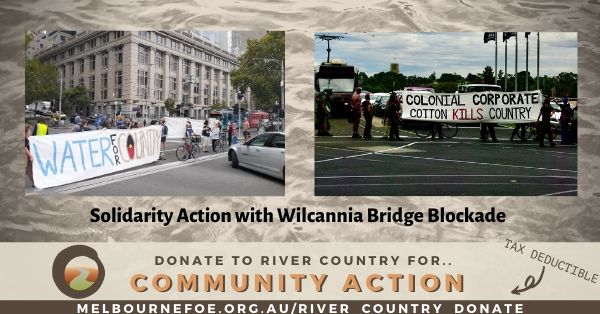 What's in store for the rest of the year?

Travel restrictions are easing and we're gearing up to get back out on the road.

We want to visit our friends in Menindee and all throughout the Basin. Water policy is as hot as ever, the ACCC review of the water market is set to be released soon, buy backs under the Basin Plan haven't been completed, and the Barka-Darling river is running once more.

It's been a tough year, we know many people are feeling the pinch. If you can, help us keep up this important work with a tax time donation and with any luck we will see you soon! 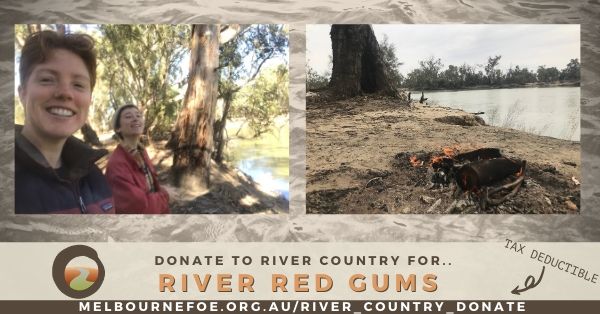