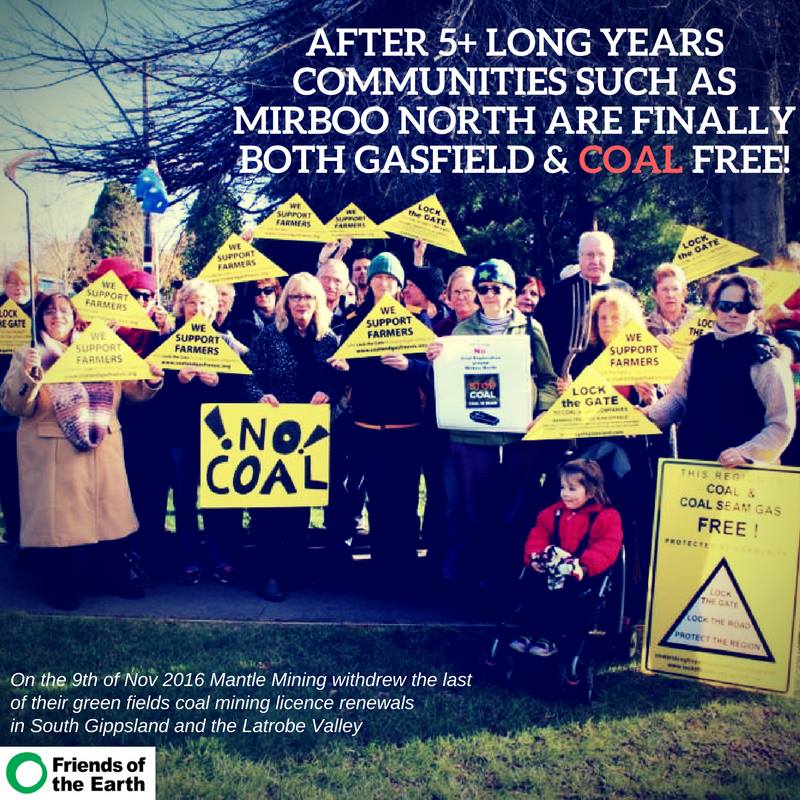 Locals from Mirboo North and surrounds were ecstatic to hear that mining company Mantle Mining walked away from their coal mining licence renewals last week. Six brown coal mining exploration licences in South Gippsland and the Latrobe Valley were cancelled.

“Communities in these licence areas have been very vocal over the past 5 years about the impact new green fields coal mining would have on their region. The potential for water contamination, destruction of prime agricultural farmland and the human health impacts have weighed heavily on a lot of people. There was no social licence or need for new coal mining in this area and it’s fantastic that this area no longer has to fight these mining interests. Agriculture and tourism will also benefit from this certainty so it’s a win for everyone” said Friends of the Earth Community Campaigner Ursula Alquier.

Communities such as Mirboo North that lead the community campaign against new coal projects in the region conducted a door to door survey in 2014 asking residents ‘Do you want to declare this area coal and gasfield free?’ A resounding 96.7% said yes. A community declaration followed in which the people removed the social licence for any new brown coal mining in the area.

“It’s another win for people power, after the news in September that the state government were putting a permanent ban in place on all unconventional gas mining and fracking. Communities have a vital and important voice in the future they want to see for their region. Communities want to see water & food security protected, and farmland protected as it is our most valuable asset” said Ms Alquier

“Having no further coal licences hanging over our heads gives us great certainty to move forward with our farming operations. Agriculture is the backbone of our local economy and communities like ours should not have to constantly compete with pie in the sky mining proposals.” said Fergus O’Connor, South Gippsland Beef Farmer

“We really feel like Christmas has come early and we can now look forward to a coal and gas field free future.” said Mr O’Connor 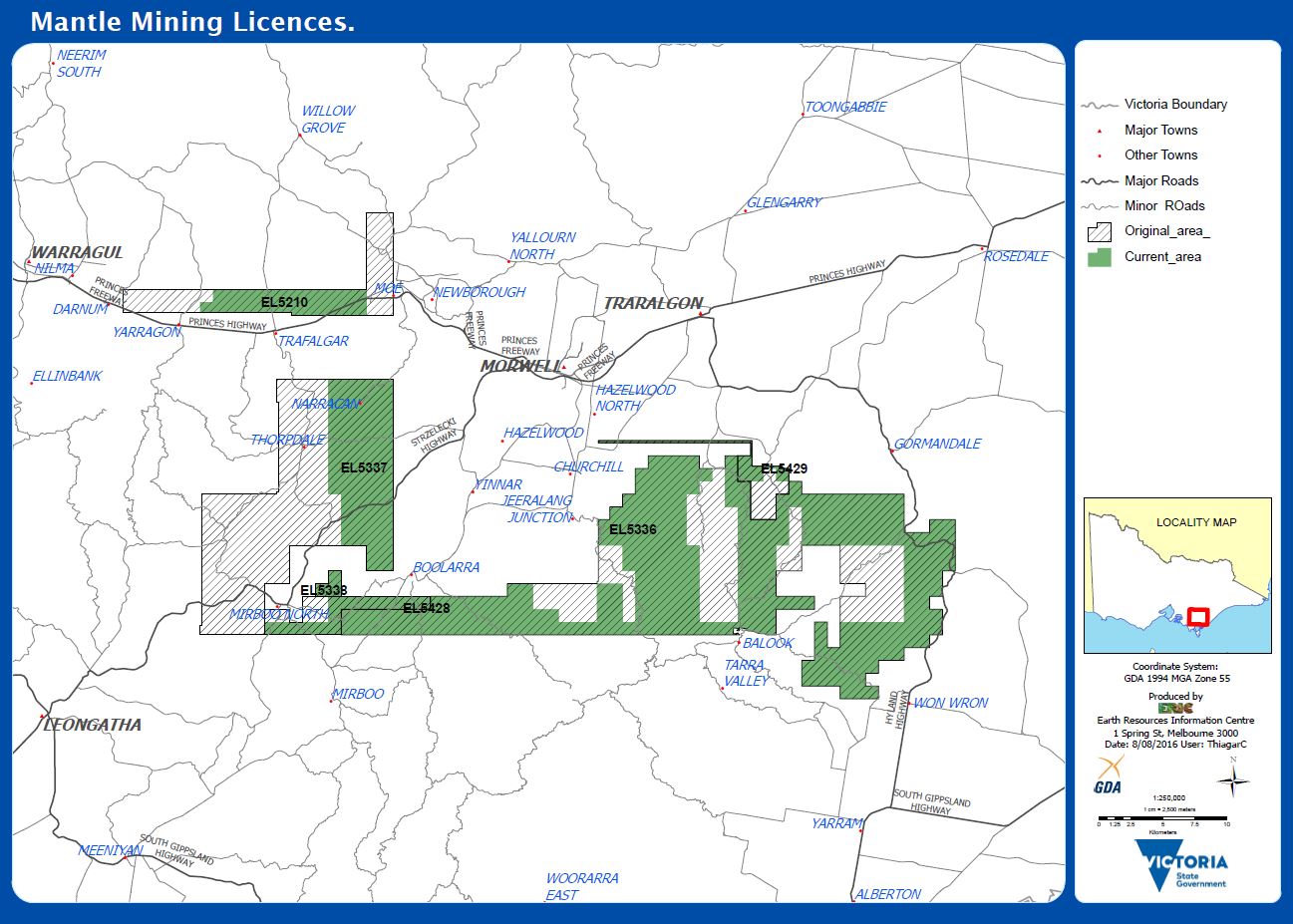 Mantle Mining confirmed last Wednesday that they were no longer going to pursue licence renewals on brown coal licences EL5337, EL5336, EL5338, EL5210, EL5429 and EL5428. These covered a vast area of both South Gippsland and the Latrobe Valley and would have impacted many communities such as Trafalgar East, Tangil South, Narracan, Thorpdale, Boolarra, Mirboo North, Coalville and Hernes Oak.