Climate change is causing more heatwaves in Melbourne, which in recent years have disrupted the railway system and the electricity grid.[1] On days where the temperature is forecast to reach 42 degrees Celsius and above, the maximum speed limit is reduced to 70 km/hr across the entire Metro network and train services are often delayed or cancelled. Extreme weather events in Melbourne will see an increase in road rutting and cracking and bridge expansion joint cracking which will increase costs of public infrastructure maintenance.[2]

Melbourne's public health system is also under pressure from extreme weather events. During the January 2014 heatwave in Victoria, there were 203 heat-related deaths and a 20-fold increase in ambulance call-outs. Over the past 100 years, heatwaves have caused more deaths than any other natural hazard in Australia.[1]

Climate change is causing more severe storms and flooding, which can contribute to the growth of mould in homes and have a negative impact on people's health.[3] Floods absorb public budgets through demands on emergency services and put a strain on volunteer services like the SES. They also lead to greater insurance claims, which result in higher premiums and financial hardship for affected people.

Hot days have doubled in Australia in the past 50 years. In Australia, 1-in-20 year extreme hot days are expected to occur every two to five years by 2050.[1]

Global warming is causing more bushfires, floods, severe storms, and heat waves. These extreme weather events are damaging public and private property and more money has to be spent on services such as ambulance, fire, hospitals, and insurance companies, which puts a strain on the economy. It is estimated that between 2003 and 2013, natural disasters in Victoria cost almost $20 billion.[4]

The key climate change related risks for the environment in the inner north are a decrease in rainfall, an increase in hot days, an increase in floods, and an increase in extreme acute weather events. According to Climate Change in Australia, the potential impacts are an amplification of existing threats to flora and fauna, changes to habitat, and changing dynamics of invasive ecosystems.[5] The Merri Creek Management Committee says that climate change poses a threat to the management of river health and flood protection.[6] The future of the Merri Catchment is uncertain.

With heatwaves and bushfires putting pressure on hospitals, ambulances, and the CFA, floods damaging infrastructure, and season changes affecting local ecosystems, climate change is no longer an abstract concept for Melbournians and people in the inner north have responded by creating change in their area. 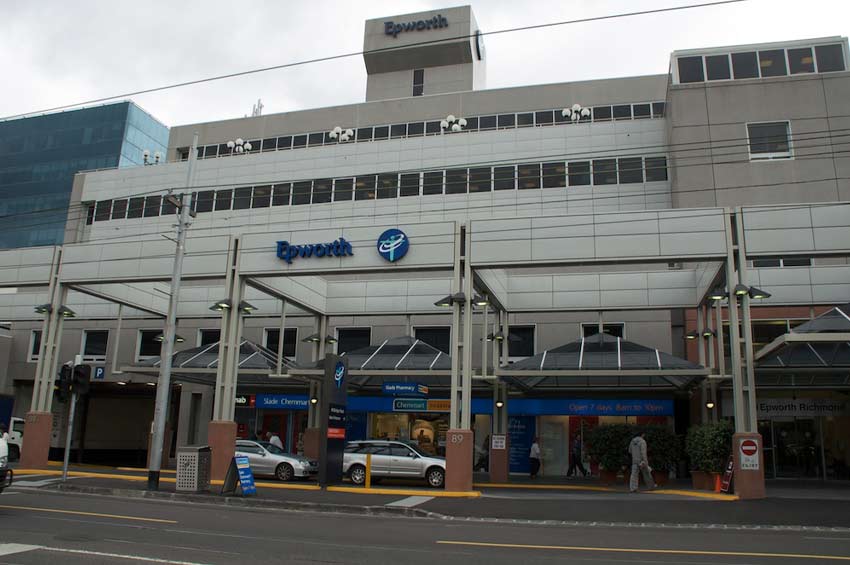 Rebecca Pascoe, a registered nurse who works in the surgical ward at the Epworth Hospital, initiated a project to make the hospital more sustainable. "We are working on reducing our landfill by reducing our use of stock where possible and appropriate, reusing items where possible, and recycling," she said. Because of this initiative, the Epworth Hospital was nominated as a finalist for the Victorian Premier's Sustainability Awards

Yarra Community Solar (YCS) is creating a community-owned solar power station. The group is looking to install about 400 solar panels on the roof of a local building. Locals will help fund the project and will receive an annual return.7 The aim is to enable people, such as renters, who can't install solar panels on their own roofs to benefit from solar power.

YCS volunteer Les Pradd said that the Victorian state government has supported the group through issuing a Guide to Community Owned Renewable Energy in Victoria and freeing up energy regulation to allow organisations to sell energy; and through the Renewable Energy Jobs Fund, which provided Moreland Energy Foundation Limited with a grant to help community solar organisations establish themselves.

YCS is now waiting for a response from the government regarding recommendations they suggested through the Inquiry into Community Energy Projects in Victoria. The group has recommended that the government provide a community feed-in tariff, support local energy trading (also called peer-to-peer trading or virtual net metering), use government roofs for investment projects, implement community powerhouse recommendations, and address split incentives for landlords and tenants.

Claudia Gallois is a member of Friends of the Earth Melbourne.

This article originally appeared in Chain Reaction - Friends of the Earth's national magazine.

4. Natural Disasters and a Warming Climate; Understanding the Cumulative Financial Impacts on Victoria, Friends of the Earth, https://issuu.com/samcg/docs/cost_of_dis