Act on Climate update: A big month for the Campaign 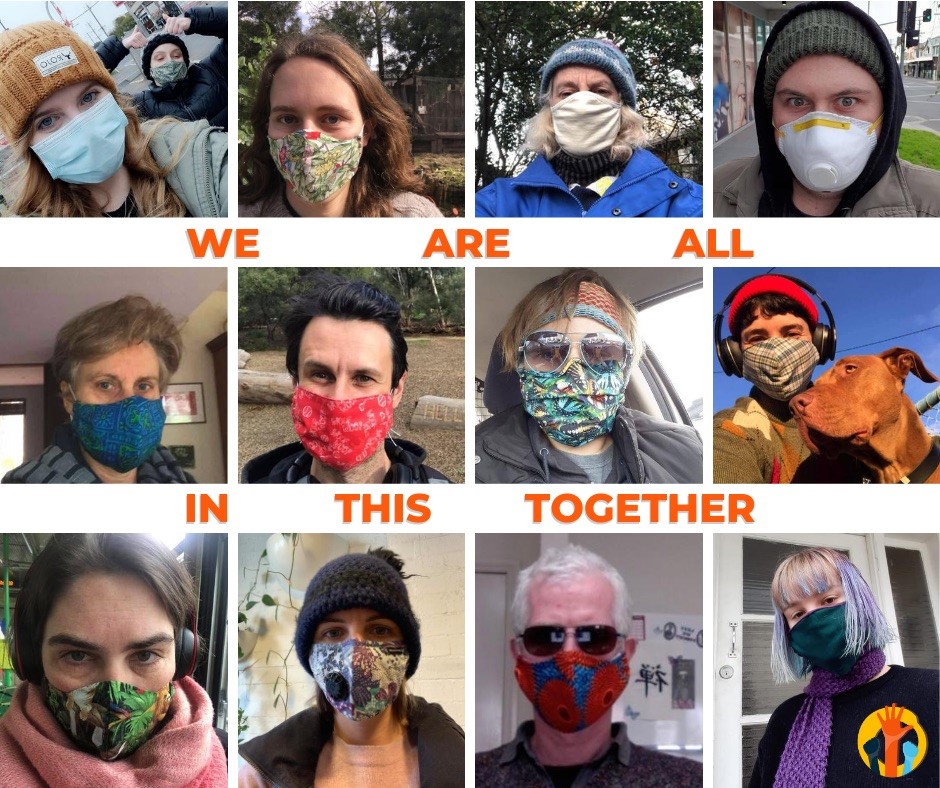 It's a difficult time for communities across Victoria. We’ve been in lockdown for many months now. Yet the rate of COVID-19 transmission now occurring means we still have a way to go.

We understand that the introduction of a level-4 lockdown in Melbourne and Mitchell Shire as well as level-3 restrictions for regional Victoria is a bit deflating. Be safe, take care of yourself, and look after your community. And remember: We're in this together.

Friends of the Earth's Act on Climate collective has masked up and maintains its commitment to Climate Justice.

FRIENDS OF THE EARTH RESPOND TO CLIMATE TARGET DELAY: 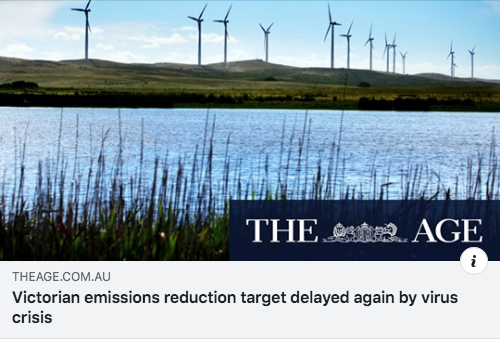 On Friday 31 July, The Age reported that the Victorian government would defer making a decision on state Emissions Reduction Targets due to the escalating pandemic.

We have coordinated a positive community campaign for science-based targets since November 2017 and released Public Statement shortly after the news broke.

In it, we noted that the government has been entirely focused on responding to the pandemic which is threatening the lives and livelihoods of Victorians. We emphasised that, despite our disappointment about the delay, we believe it is essential that the government makes the right decision, not a rushed decision on climate targets.

The statement also includes some next steps the government can take to reaffirm its commitment to Climate Justice.

We know that this is big news to grapple with after many years of campaigning. It's why we have called an Emergency Meeting on Thursday 6 August where we will share our analysis on the decision, revised strategy, and take next steps. 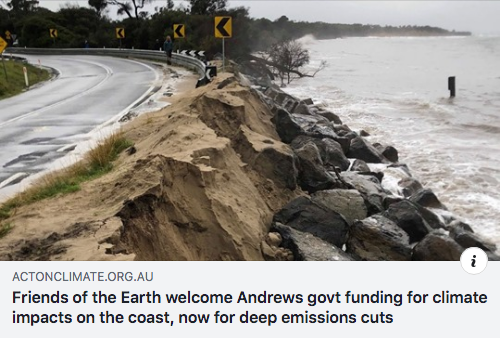 Thanks to the incredible efforts of those participating in the People's Climate Strategy working groups, we've managed to gain well over 600 responses to our community survey on climate impacts. This is a tremendous outcome given that we had to rely entirely on digital survey collection.

Working with communities in Inverloch and Apollo Bay, we helped sound the alarm about the impact of rising sea levels and intensifying storm surges on coastal Victoria. The Andrews government allocated $11 million to support local responses after the community advocacy on the issue.

There's no telling what great outcomes will emerge from the local knowledge that has been captured by the survey. What we do know is that department officials working on the government's strategy are very keen to see what impacts are of most concern.

Keep your eyes peeled for the interim findings. They will be released soon.


PEOPLE'S CLIMATE STRATEGY - WHAT ARE YOUR BIG IDEAS FOR ACTION? 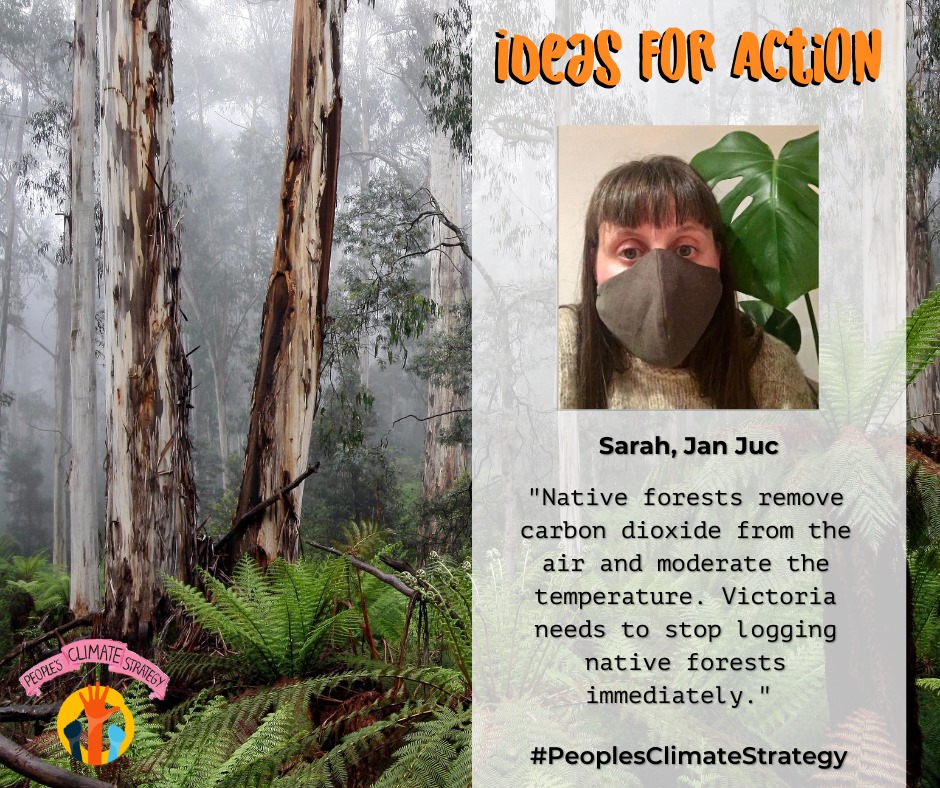 With the Andrews government busy leading the response to the COVID-19 pandemic, it's up to the community to step up and shape the state's first Climate Strategy.

As you know, we started the process of writing a People's Climate Strategy for Victoria back in June. Will will collect community input and present it to the government later this year.

We're going to need your help to assemble the BIG IDEAS needed for Victoria to tackle the climate crisis...

CLICK HERE to tell us your big idea for action and feature on our social media channels.

Here's a link to the online photo gallery that showcase some of the bright ideas we've received so far. 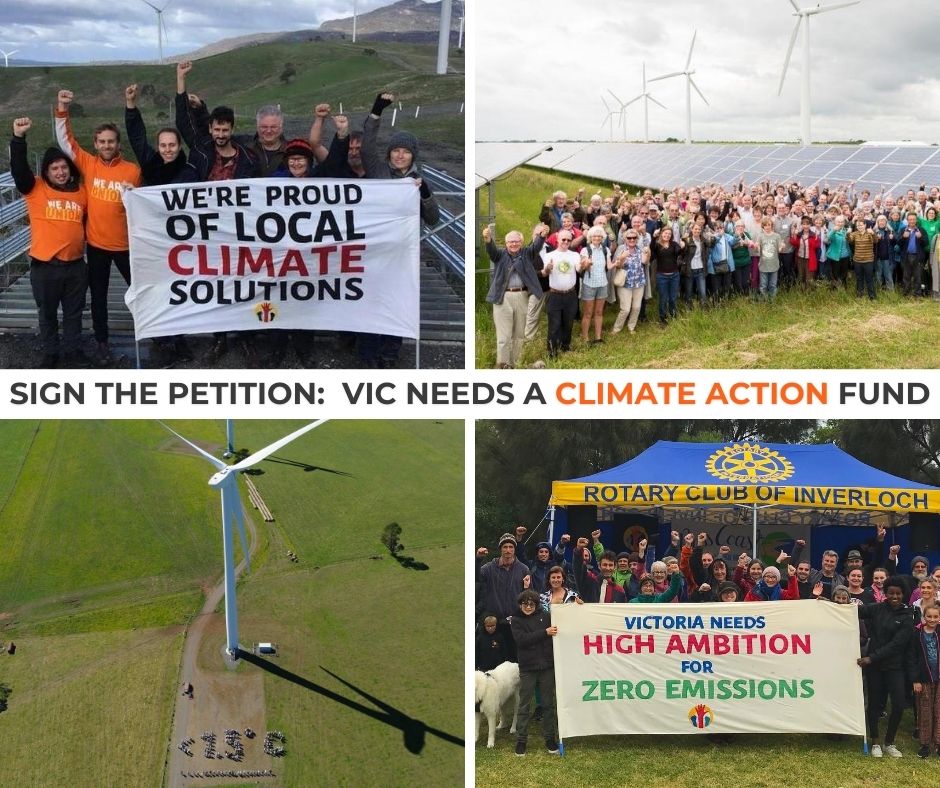 The Victorian government's delay to setting climate targets is understandable given the circumstances. But that doesn't need to delay to community action.

Over the last twelve months, a parliamentary inquiry has heard from people across the state who are taking things into their own hands to cut emissions and protect themselves from dangerous climate impacts.

Demand for previous state government grant schemes to support community projects have dramatically outstripped what was available. When we're facing a climate change emergency it's not good enough that positive solutions are missing out on funding.

We're getting organised to secure a big boost for climate funding.

Help us get the ball rolling by signing our ONLINE PETITION today. 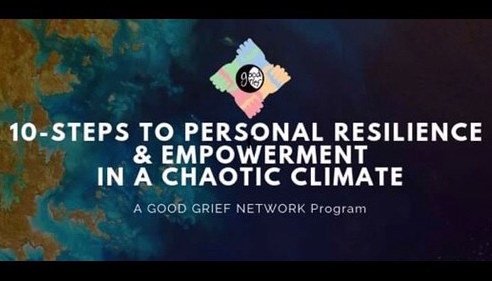 Do climate change, species extinction or systemic issues of society keep you awake at night?... Do you sometimes feel overwhelmed by today’s news?... YOU'RE NOT ALONE!

Join with a community of others who feel the same way, and work to move through the heavy feelings in this heart-centred program by the Good Grief Network and combat despair, inaction, and eco-anxiety.

Act on Climate collective member Liz Wade will run the Good Grief Network's program, 10 Steps to Personal Resilience and Empowerment in a Chaotic Climate, via Zoom in August and September.

There are plenty of informative online events coming up in August and beyond. We'd love to see you at the following: