Act on Climate Update: The clock's ticking on climate action

In less than two months, the Andrews government will make its decision on the state’s first Emissions Reduction Targets for 2025 and ’30. And we’re not wasting a minute calling for ambition.

The summer bushfires and the impact they’ve had on communities, responders, wildlife and the natural world remind us what’s at stake if we fail to tackle the climate crisis.

With fires devastating communities and landscapes in East Gippsland, northeast Victoria, the Alpine region, and many other parts of the country, supporting relief and recovery efforts was our top priority for the first weeks of the new year. 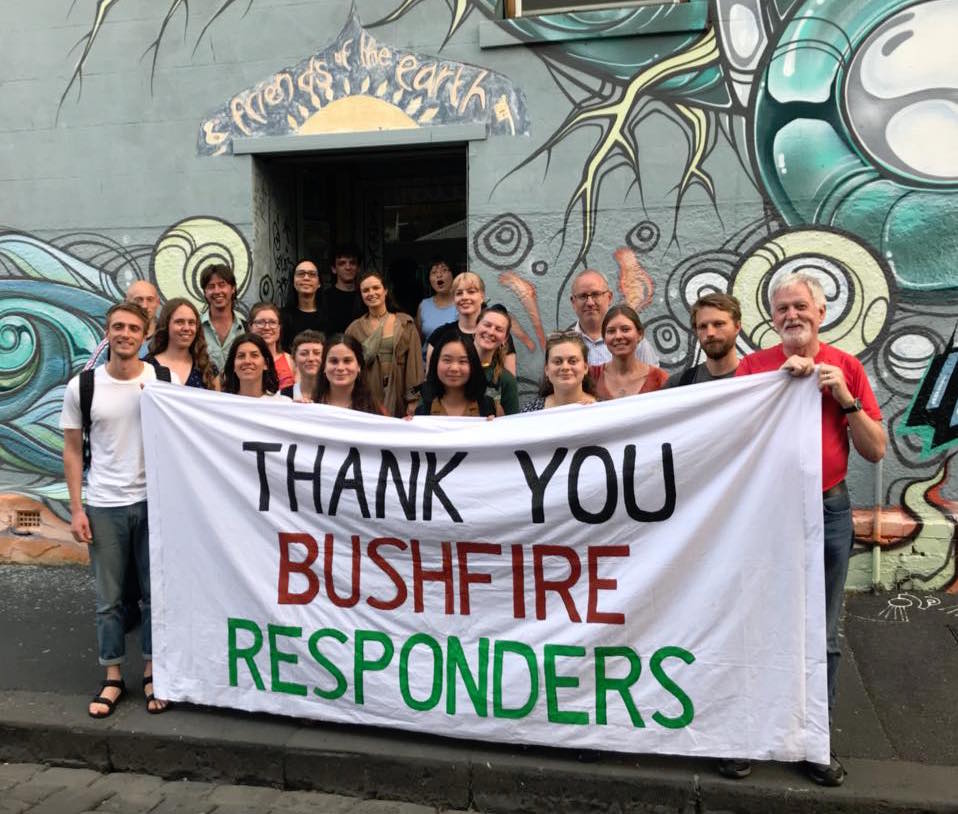 Act on Climate connected with our supporters in affected areas to make sure they were alright. We facilitated thousands of dollars of donations to relief efforts from our supporter base and fundraising film night.

The start of the year also saw us doing things we never expected to do, such as dealing with a public health emergency when hazardous smoke haze hit the city.

Act on Climate and Friends of the Earth’s networks distributed hundreds of ‘P2’ masks to rough sleepers and vulnerable people in our community—ensuring people had some protection.

We're teaming up with community members across Melbourne to ensure everyone is able to breathe a bit easier next time the smoke haze hits.

Will you contribute to our crowdfunder so we can establish a stockpile of ‘P2’ masks?

FINAL PUSH FOR LABOR TO LEAD ON CLIMATE: 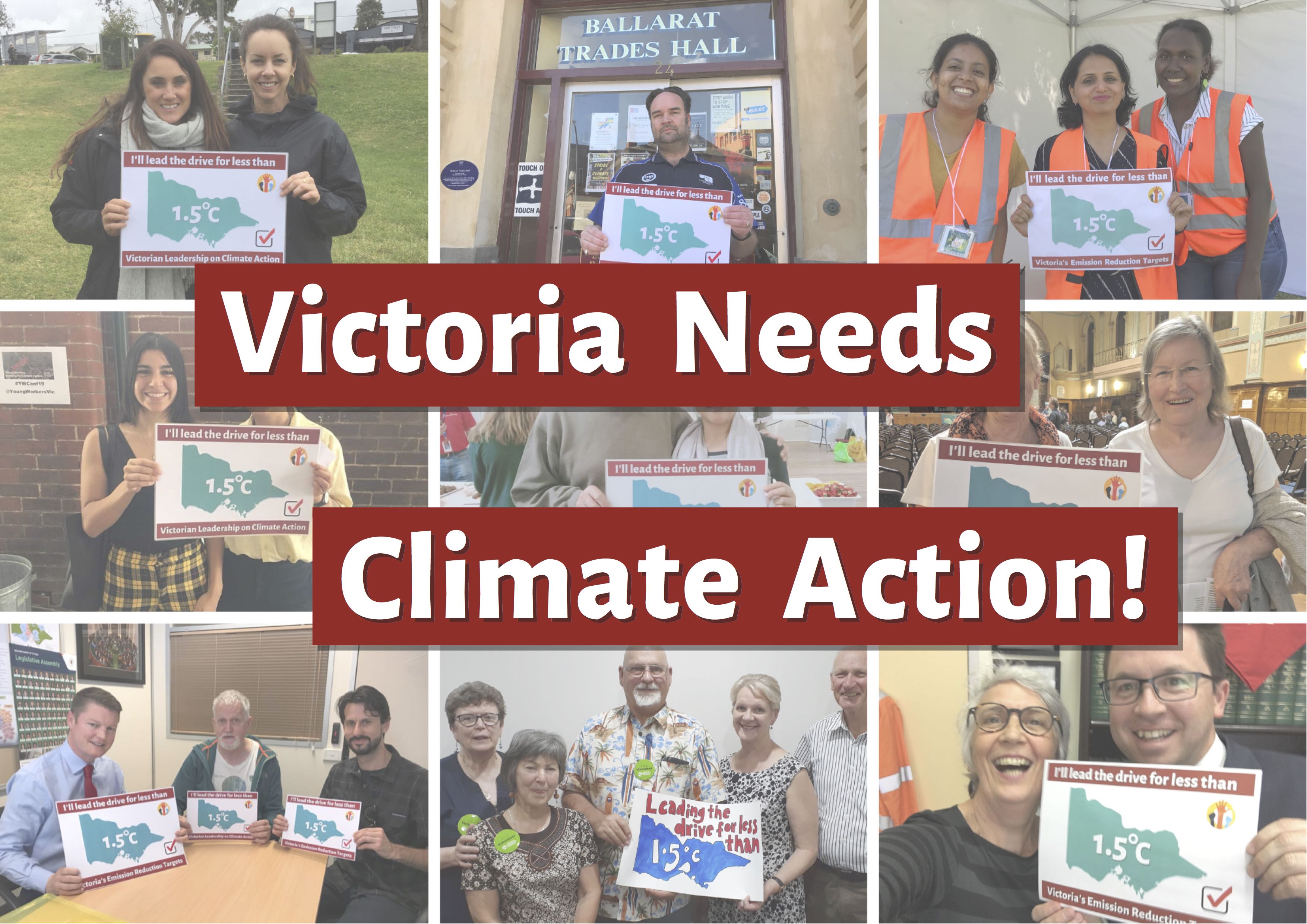 It's crunch time for our campaign for the Andrews government to set science-based Emissions Reduction Targets.

This part of the decision-making process will require swift and targeted actions each week. Will you sign up to our rapid response team? (Expect alerts via email/text message)

These actions are on the government’s radar. But we need them to be well attended to have maximum impact.

Click here to RSVP to the human sign at the iconic Hepburn Wind farm on Saturday 29 February.

And please get in touch with Anna Langford if you’d like to support our postcard petition: [email protected] 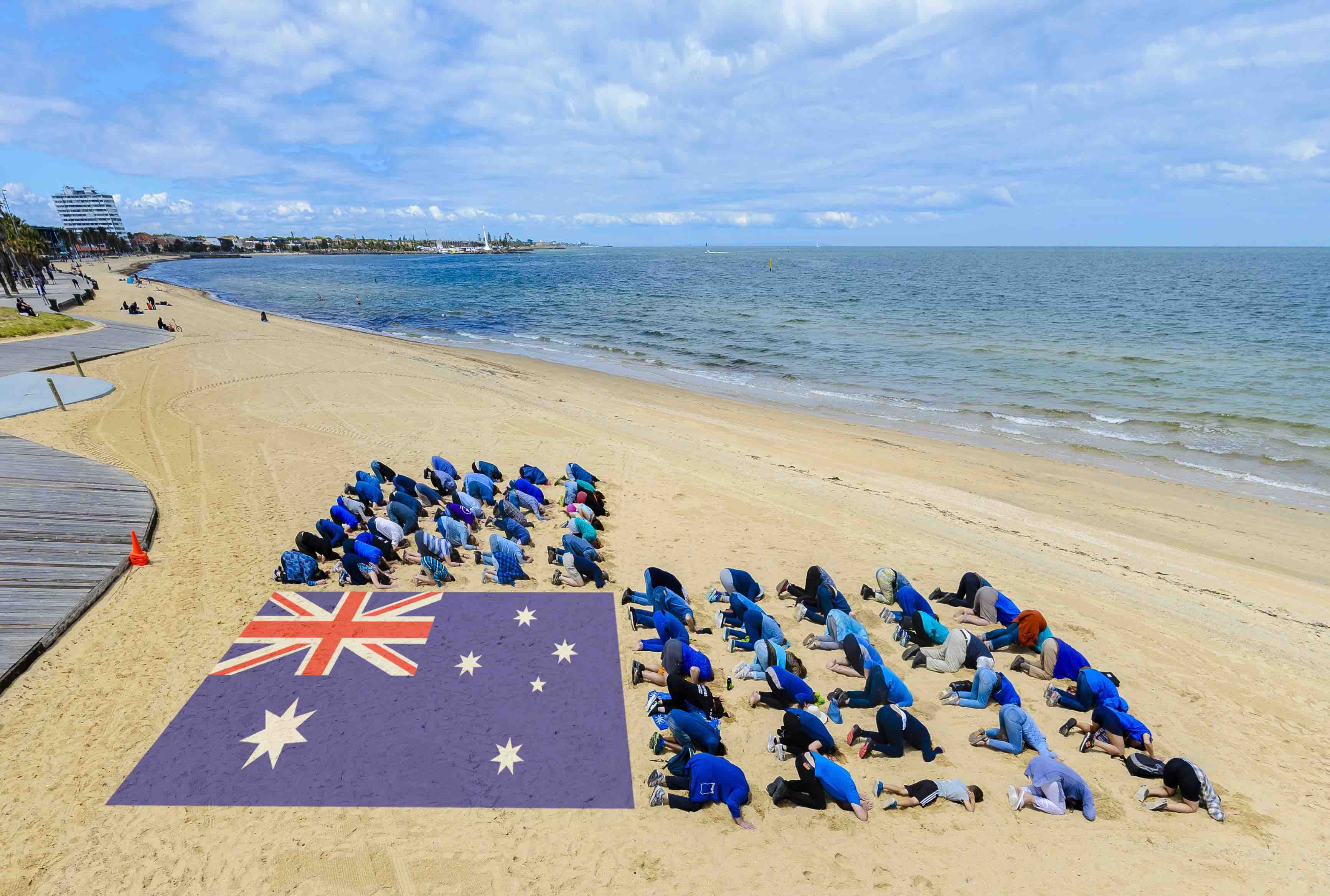 Remember when we protested outside Liberal party headquarters after they voted against strengthening the Climate Change Act?

How about our on-the-ground efforts in the seat of Ripon that made renewable energy policy a key issue saw the seat become super marginal?

Our longstanding accountability work; engagement with the state’s first shadow minister for climate change, David Morris; and the groundswell of community concern about the climate crisis has seen the Victorian opposition shift direction.

Our response, that acknowledged the move as a positive first step and called for a public commitment to the Climate Change Act 2017, was featured in RenewEconomy. 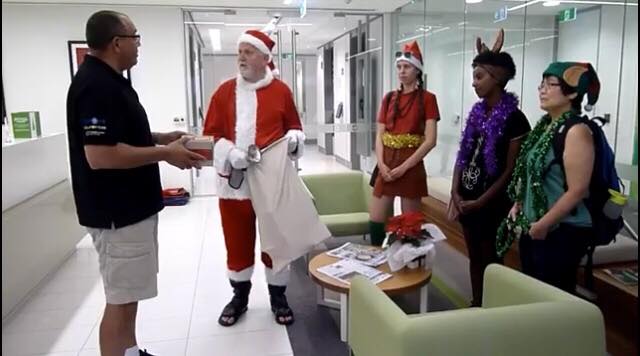 Act on Climate's special delivery to EnergyAustralia of coal for Christmas put the corporation's efforts to undermine Victorian leadership on climate under the spotlight (watch the video here). The cheeky stunt resulted in several meetings with the company.

President of Bushfire Survivors for Climate Action, Councillor Jo Dodds, joined us at the first one, in which we made the case for EnergyAustralia to get on board with science-based Emissions Reduction Targets.

We have another meeting with EnergyAustralia's government policy team at the end of the month. We're going to need your help if it's to have impact, so please sign up to our rapid response team and stand by for an action alert.

Friends of the Earth and the climate movement is hitting the ground running in 2020. We'd love to see you at the following events in February: