Iso book recommendations from the Act on Climate team 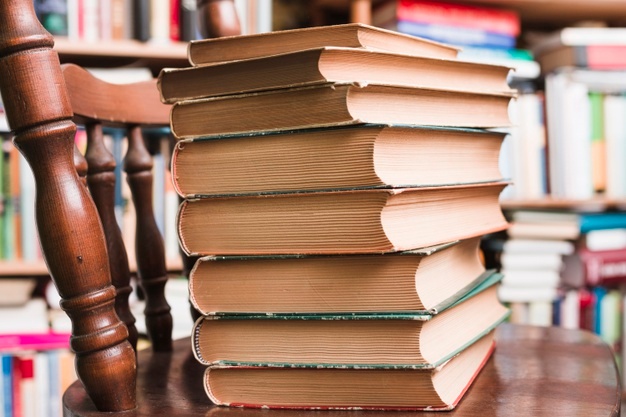 The Act on Climate collective have been adapting to life during COVID-19. We're spending isolation continuing committed and passionate climate activism, even if that looks different (and distinctly more zoom) for the next little while.

A lot of people have more time on their hands at the moment, albeit sometimes for difficult reasons. From job losses, to jobs being put on pause, to working remotely, people are commuting less and spending more time at home.

A silver lining is that for many, the pace of life slowing down has created an opportunity to get stuck into activities at home. What better way to spend some of those isolation hours than settling down with a good book?

The Act on Climate collective would love to share what we've been reading in isolation. Find a book to take you on a journey beyond the four walls of home, a gripping read to cosy up with on those cold days, an incredible author who might challenge you and change your perspective, or some inspiration to keep you hopeful and optimistic for climate action beyond this crisis.

No is Not Enough by Naomi Klein 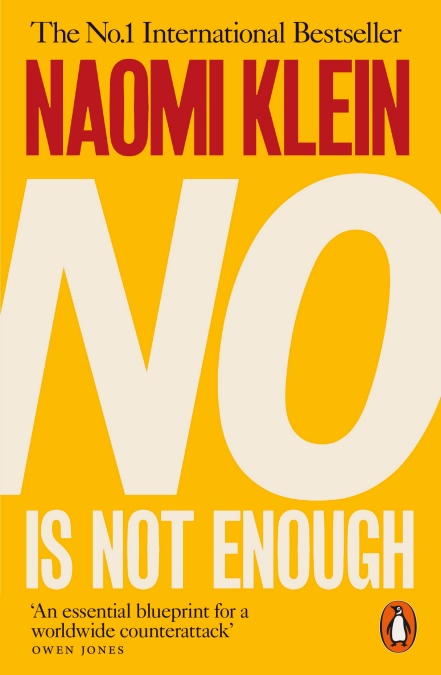 When Naomi Klein rapidly wrote No Is Not Enough after the 2016 US election, my world was feeling about as stable as though I'd been thrown into a washing machine while drunk. I had just finished high school, and Donald Trump had been elected president three days before my final exam. I, like many activists, was feeling that our chances of advancing any of our ideas for the better world we desperately need 'were about to be blasted backward by a gale-force wind and all we could do now was try to hold our ground' (as Klein put it).

So, I devoured this book with the hunger I had for positive vision to carry our activism forward. Klein's older books document the global spread of neoliberal economic policy and its attacks on democracy, and the connection between capitalism and climate crisis. If you haven't read those longer reads, this book is an excellent reader's digest version with a supercharged incentive to get active.

When the sword had been knocked from our hands and we were in paralysed shock about where to go next, No Is Not Enough grabbed my shoulders and armed me with new energy for action as well as a clearer understanding of how we got to where we are. It was written in response to one event, but it makes the point that Trump's election was not a blip but a culmination of factors that need dismantling at their roots - making it just as relevant to read now. 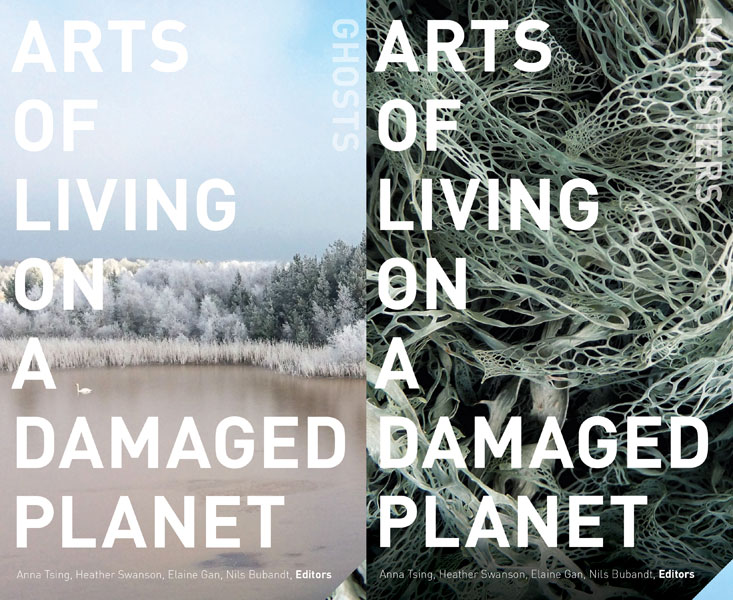 Arts of Living on a Damaged Planet is an edited book of essays from multiple overlapping disciplines. It can be read from two directions; one front cover is subtitled ‘Monsters’, the other ‘Ghosts’. Both monsters and ghosts can be read through our interactions with the biosphere, and the book speaks to the complexity involved in being human and engaging thoughtfully with the environment during this fraught period in history. The essays make space both for grieving extinctions and lost opportunities, and for the difficult work of imagining futures different than our present.

Arts of Living on a Damaged Planet gives me hope and helps me work within the climate action space because it does not offer false promises. Like all good works of ecocriticism it acknowledges that ‘despair is easy. Composing with hope requires work,’ (Jeffrey Jerome Cohen). Hope isn’t a passive thing – it’s an action, and it’s an art to live on a damaged planet in a way that dynamically and imaginatively works toward futures more equitable and sustainable than the one we have now. That is what climate justice is about, and it’s what we need good environmental writing for. 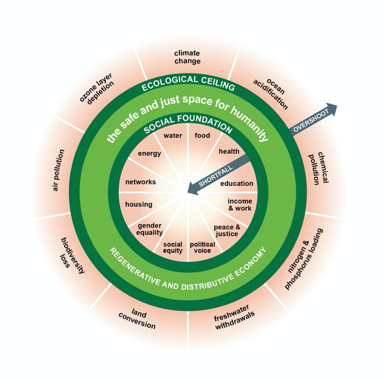 Doughnut Economics: Seven ways to think like a 21st-century economist by Kate Raworth

I thoroughly enjoyed reading Doughnut Economics. It shone a light on how our current economic system is both damaging our planet and the social foundation we are bound by. The book questions the building blocks of our current economic theory. It urges us to be critical on the current economic model and to think about the complexities of how the planet and our societies operate. As stated by Kate Raworth ‘The twenty first century task is clear; to create economies that promote human prosperity in a flourishing web of life so that we can thrive in balance within the Doughnut’s safe and just space’. Bring on the 21st century economy, I say!

The World We Made by Jonathon Porritt 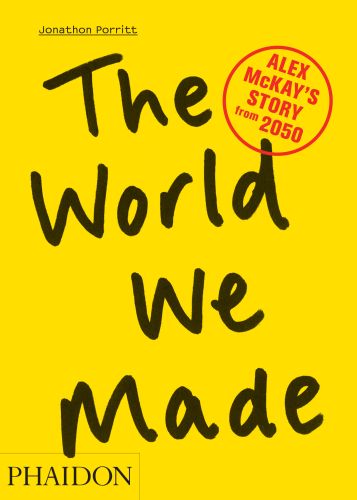 At this time it would be easy to think the world is in terminal decline for the likes of us humans. “The World We Made” is an uplifting future-history which outlines, from the point of view of someone living in 2050, how we eventually responded to the climate crisis. It does not sugar coat in a way that might give you an unreasonable expectation that all will be rosy yet shows the very real means we have to address the threat of climate change with technologies that exist today and in a way that creates a better world for all.

It highlights that, no matter what we do now, there will be consequences for our prior inaction; yet it manages at the same time to provide the hope we must have that we can change our ways before change is forced upon us. Riddled with illustrations, the path forward is mapped out in broad brushstrokes, highlighting the key events that led to the changes we had to make. 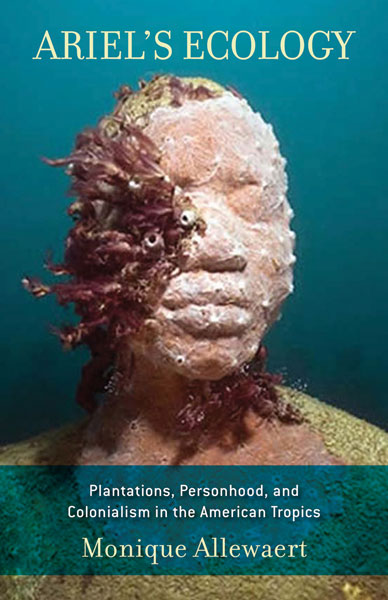 I'm reading Ariel's Ecology with the reading group Ecofeminist Fridays. We are still in the opening section, but the book has already laid down a lot of big concepts and a very interesting contention. The author sets out to demonstrate that the unified (and white, male) view of subject-hood which predominated in the Enlightenment had a shadow. This shadow was the subjectivity being articulated in the colonial tropics. I love the way Allewaert brings these modes of subjectivity alive with a stanza from Shakespeare's The Tempest, that iconic play about the tropics (and hope also to find reference to Cesaire's eponymous masterpiece):

Full fathom five thy father lies,
Of his bones are coral made;
Those are pearls that were his eyes;
Nothing of him that doth fade
But doth suffer a sea-change
Into something rich and strange.

Allewaert describes that tropical subjectivity was being articulated differently in Western discourse as a reaction to the very different climatic and environmental conditions in tropical regions, as compared to the British colonial metropole in particular. Tropical subjectivity was articulated as fragmented or even dismembered rather than as unified. Allewaert argues that this less unitary, tropical subjectivity - which was constructed as more intertwined with climatic and natural forces - was not merely used to dehumanise people suffering under colonialism, but also offered possibilities for subversion and resistance against it. Rethinking subjectivity as more relational - to other beings, to climate - will no doubt also be crucial to the resistance, mitigation and adaptation necessary in the face of the climate crisis.

We Are the Weather: Saving the Planet Begins at Breakfast by Jonathan Safran Foer

Reviewed by Will Hargreaves 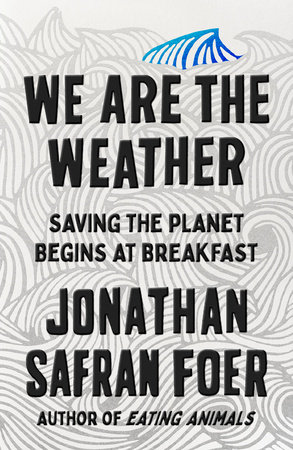 We Are the Weather by Jonathan Safran Foer is first a comment on the miscategorisation of planet earth as anything but an animal house. It is, second, an assessment of what the individual person is really willing to do to save that house. He uses the consumption of meat (as a case study of both a cause and solution to the issue of climate change) to reveal some of the barriers to climate action that start with personal preference.

Safran Foer considers the difference between knowing and believing that climate change is real. He provides a relatable, forthcoming and honest detailing of his own limitations, as an individual and a father, and as an environmental activist who occasionally does the very thing he advocates against, to reflect on our expectations of human behaviour in the face of a crisis.

The final chapter of the book is a letter Safran Foer writes to his children, detailing the experience of his Grandmother in fleeing Poland in the face of Nazi occupation. It is a candid allegory that bookends and surmises what I took the book to be – an empathetic assessment of human limitations and a nod to the potential for positive-wholesale change tied up in personal preference. Safran Foer suggests the dinner plate might be a simple place to start to reassess our preferences. 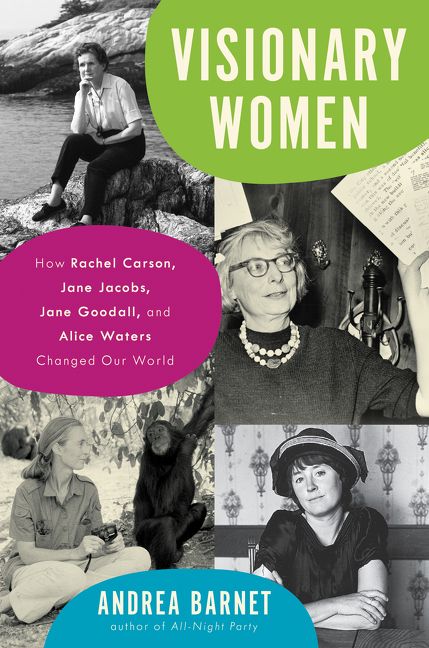 This book highlights the extraordinary advocacy work conducted by Rachel Carson, Jane Jacobs, Jane Goodall and Alice Waters. Readers would be familiar with Jane Goodall but the others, and their vital work, may be more of a mystery. Rachel Carson published Silent Spring in 1962 at age 55, essentially giving birth to the environmental movement in the US. Carson stopped businesses from selling pollution as the necessary underside of progress so easily and uncritically. Carson’s work, and the activism she inspired, are at least partly responsible for the deep ecology movement and the overall strength of the grassroots environmental movement in the US since the 1960s.

Jane Jacobs was an American journalist, author, and activist who influenced urban studies, sociology and economics. Her book, The Death and Life of Great American Cities, argued that 'urban renewal/slum clearance' did not reflect the needs of city dwellers. Jacobs is best known for stopping Robert Moses’ plans to build the Lower Manhattan Expressway, which would have passed directly through SoHo, Manhattan and Little Italy. Alice Waters is an American Chef, restaurateur, activist and author. She is a US Public policy advocate for school lunch reform and universal access to healthy, organic foods.

The book is pretty thick, but it isn’t a difficult read. I found it interesting that two of the advocates never completed an undergraduate degree. I’m more familiar with Jane Jacobs' work. I couldn’t believe the city planners wanted to put freeways through the heart of Manhattan. Her forensic analysis of New York street life, warts and all, is mind-boggling. Well worth a read. 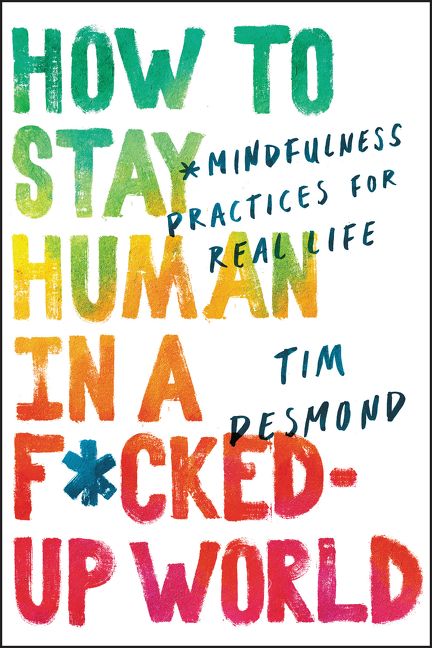 How to Stay Human in a F*cked-Up World by Tim Desmond feels like a book that could be helpful for many in these crazy days. I read it last year and it taught me about mindfulness in a new way that I have found accessible, relevant and so supportive. He writes about mindfulness with self-compassion and really gets into the hows and whys of it all in a clear and simple way. There are a series of practices outlined and explained in a way that makes sure you can understand and practice effectively. And he relates the practices to examples from moments during difficult times in his personal life and also in the context of being an organiser at Occupy Wall Street and having an understanding of the problems of our modern world. I also really like the way he describes learning and practising the skills as a process that takes time and work and how it’s important to allow for this. Which again makes it easier to start where you are and learn from there, keep practising and find it ever easier to be mindful and compassionate with yourself, and with others. More mindfulness and compassion can only help!

Need a new book to read?

Find a list of local Vic booksellers here, including some info about their modified services and delivery options during COVID-19.

If you're in Melbourne, check out this coverage map for bookshop delivery, put together by Alan Vaarwerk, editor of the wonderful literary magazine Kill Your Darlings.