Friends of the Earth today expressed concerns about illegal and unregulated Motocross activities occurring in the Mullungdung Flora and Fauna Reserve, located ~20km north east of Yarram. Friends of the Earth researcher Anthony Amis has been visiting Mullungdung for some time, surveying the 13,000ha forest for koalas. Motorbike tracks criss-cross many areas of the state forest causing untold damage, however it a major concern to find off-road bikers deliberately targeting the supposedly protected flora and fauna reserve.

At one particularly sensitive location, in a tributary of Morris Creek, off-track users have been illegally using sensitive gully banks as jumps. This location several hectares in size, consists of a number of tracks in gully lines. A number of embankments showed signs of serious erosion. Roots to neighbouring trees had been exposed, increasing the possibility of tree death. Erosion of gully lines was evident and at one location it appeared that a tree had been knocked over, possibly because of increased water surface flows caused by the motorbikes. 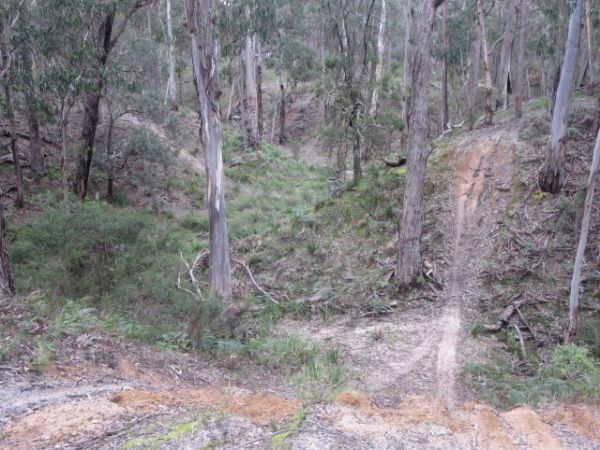 A number of motorbike tracks can be seen in this image. This would have been prime Strzelecki koala habitat. 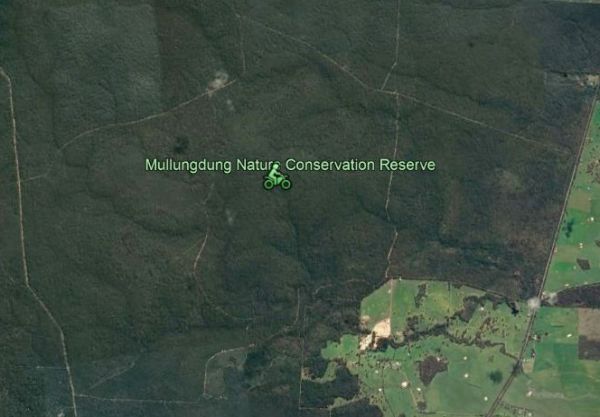 The location of motocross area is located in the northern section of the Nature Conservation Reserve at the head this significant creekline of Morris Creek.

The Mullungdung Flora and Fauna Reserve is habitat to a number of species including Southern-long nosed bandicoots, greater gliders and koalas. Some of the highest number of koala scats at Mullungdung have been recorded nearby to this "new Motocross circuit". Mountain Grey Gum is the favourite koala tree in the region and the circuit weaves its way through Mountain Grey Gums. 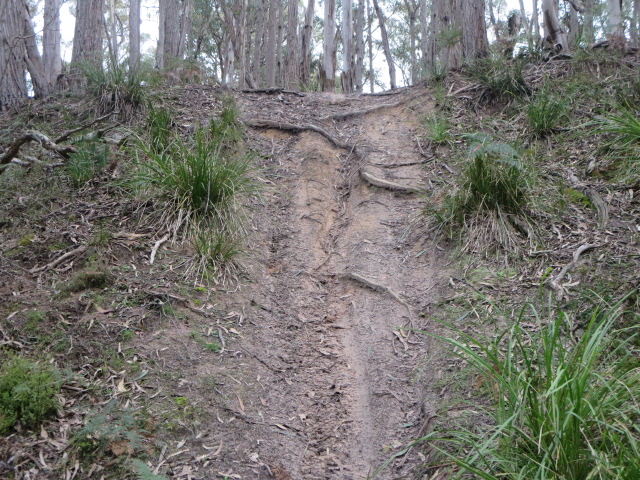 Of particular concern is the possible impact of off-road motorbike activity on a range of orchid species, some of which are endangered. These include the Orange-tip Finger Orchid, Green-Striped Greenhood, Spiral Sun Orchid and Cobra Greenhood. 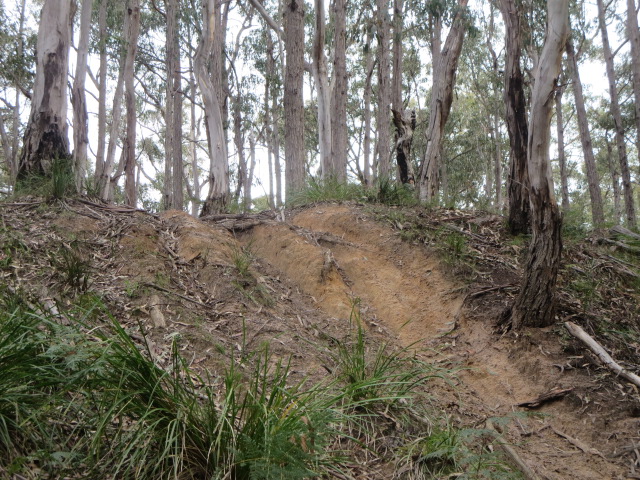 It doesn't appear that the Motocross circuit follows any environmental planning, its more a case of riders lobbying into an area and just making up the rules as they go along.  Its also particularly concerning, that once these riders get bored of one area, they can then move somewhere else and do the same thing again. Why on earth would you deliberately target known environmentally sensitive areas. Is this deliberate or is it just ignorant? 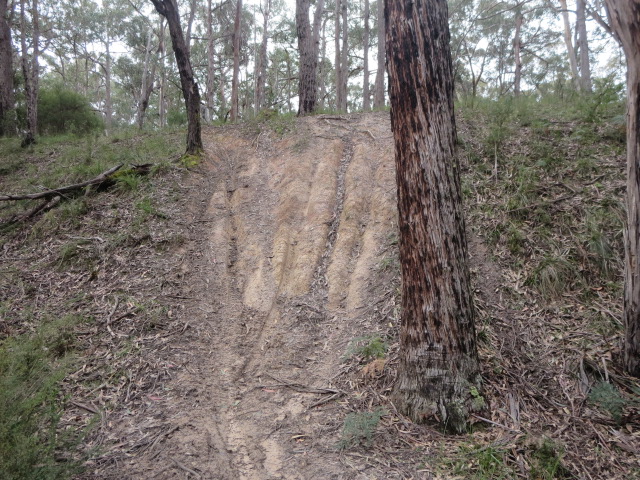 This activity is illegal as motorbike riders are only supposed to keep to defined roads. Yet it would appear that the State Government is not enforcing laws as perhaps hundreds of kilometres of new tracks have been created in the last few years alone at Mullungdung. The creation of these new motocross tracks appear to be planned and unregulated with locations of new tracks being marked by spray paint. Its obvious that word of mouth and probably GPS use amongst motorbike riders is also a main feature of knowing where these tracks are. 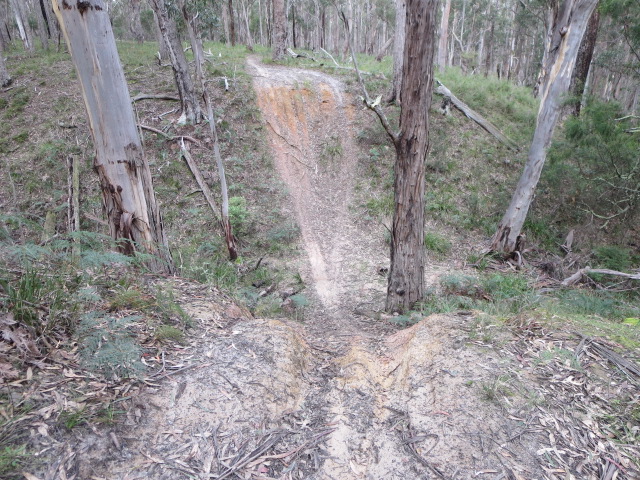 No ecological planning is evident in this illegal motocross operation. It's just a "free for all". 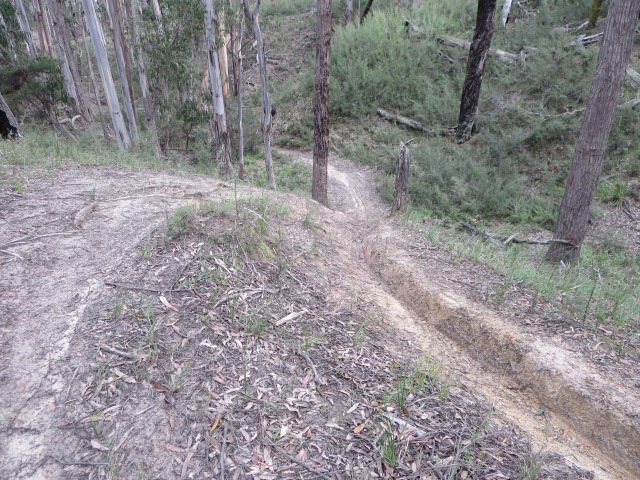 After heavy rain, erosion caused by these wheel ruts will increase substantially. 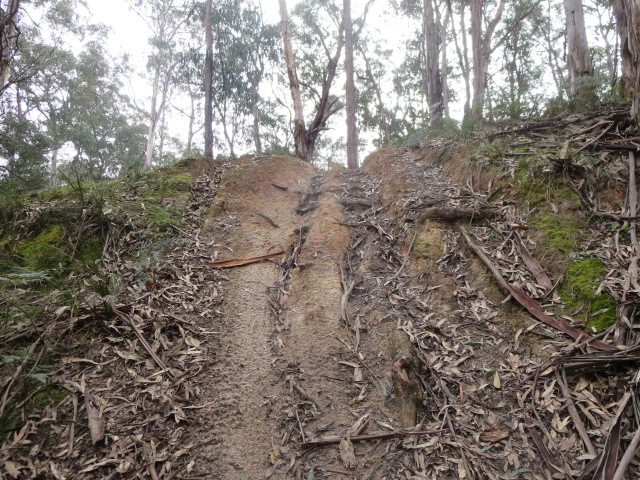 Another erosion hotspot. Who has been planning this? 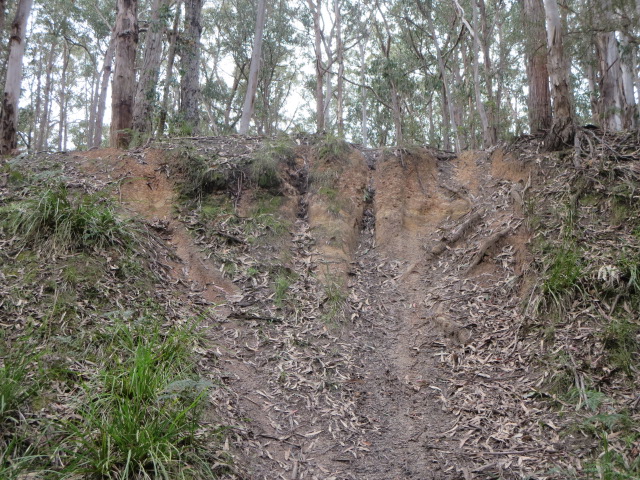 The embankments are now highly erodible, thanks to illegal motorbike activities. 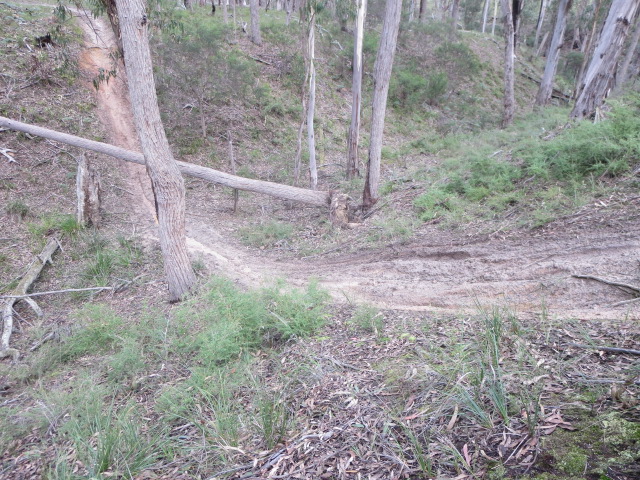 Surface flow erosion from this track may have contributed to the death of this Yellow Stringybark by undermining its root structure.

For anyone wanting to help our Koala Collective keep monitoring in the forest donate here. We will be writing to the Office of Conservation Regulator about what we have found. We might even set up some trail cameras to find out more.