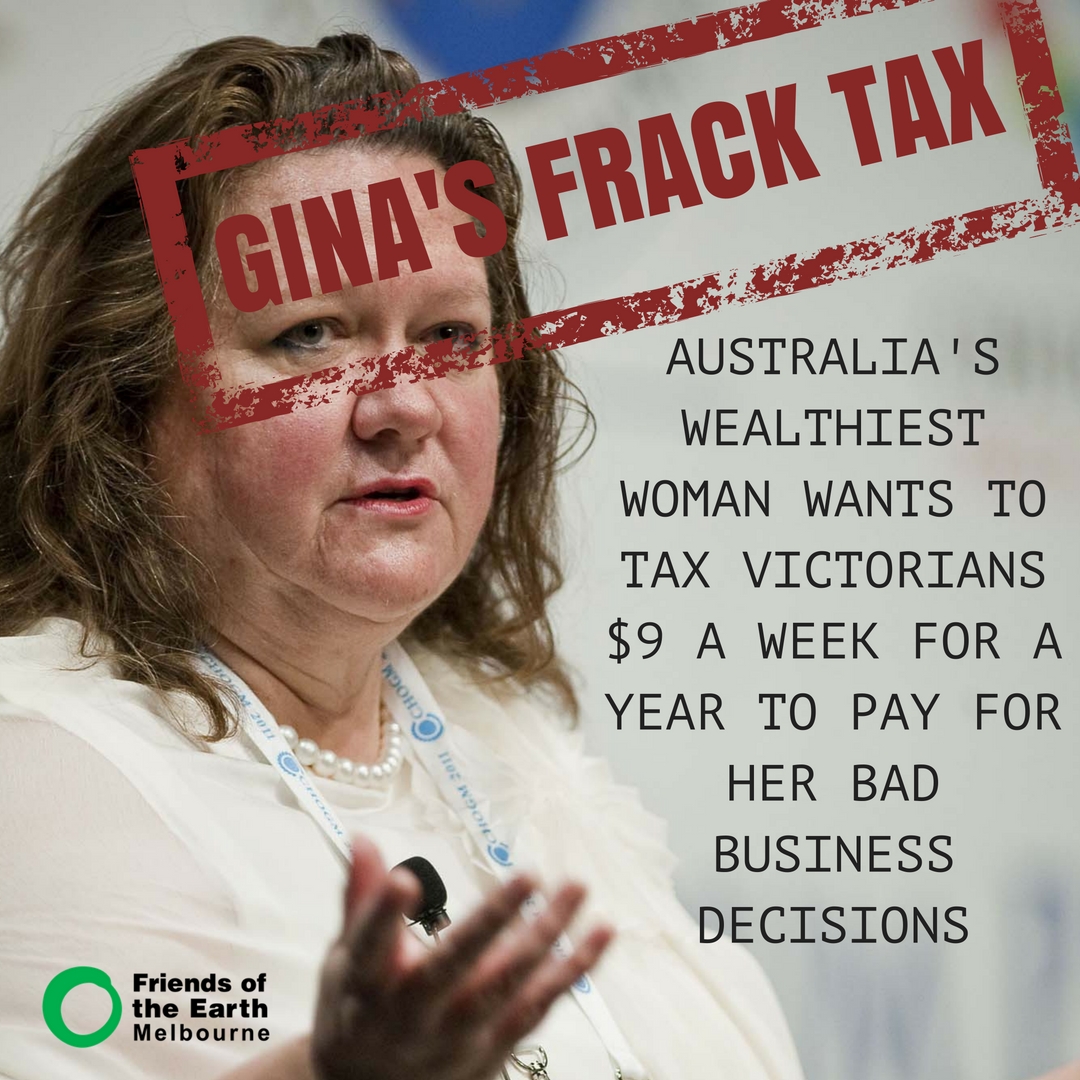 After a brilliant five year campaign which saw 75 Victorian communities declare themselves gasfield free, Victoria will be the first Australian state to permanently ban unconventional gas drilling and the process of fracking.

The gas industry hates the ban. The federal environment minister Josh Frydenberg has opposed it, as has the industry group APPEA, Shell, the conservative press, and the Victorian Coalition. They worry (with good cause) that our victory here will encourage other states to go down the same path and create their own ban.

While we wait for the debate to start in parliament (due in Feb 2017), it has been announced that gas company Lakes Oil is demanding $2.7 billion in damages from the state because it is not allowed to drill. The company is part owned by mining magnate Gina Rinehart.

If the lawsuit is successful, the damages will come from the taxpayer's purse. This means that Gina's #FrackTax will leave Victorians $9.00 a week out of pocket for an entire year to cover the costs of her bad business deals.

Lakes knew for years that they were deeply unpopular. As Seaspray Dairy Farmer Julie Boulton said this morning"over 98% of our community rejected Lakes Oil and their plans for gas fields in Seaspray. We have been crystal clear for a long time that they will never be welcome here.” Yet the company chose to ignore community opposition, claiming the community ‘misunderstood’ fracking, and that’s why they opposed drilling. In reality, people clearly understood the threat and decided to stop it.

Now Lakes want us tax payers to fork out $2.7B in damages because they can’t frack the Victorian landscape!

Friends of the Earth's media release can be read here. 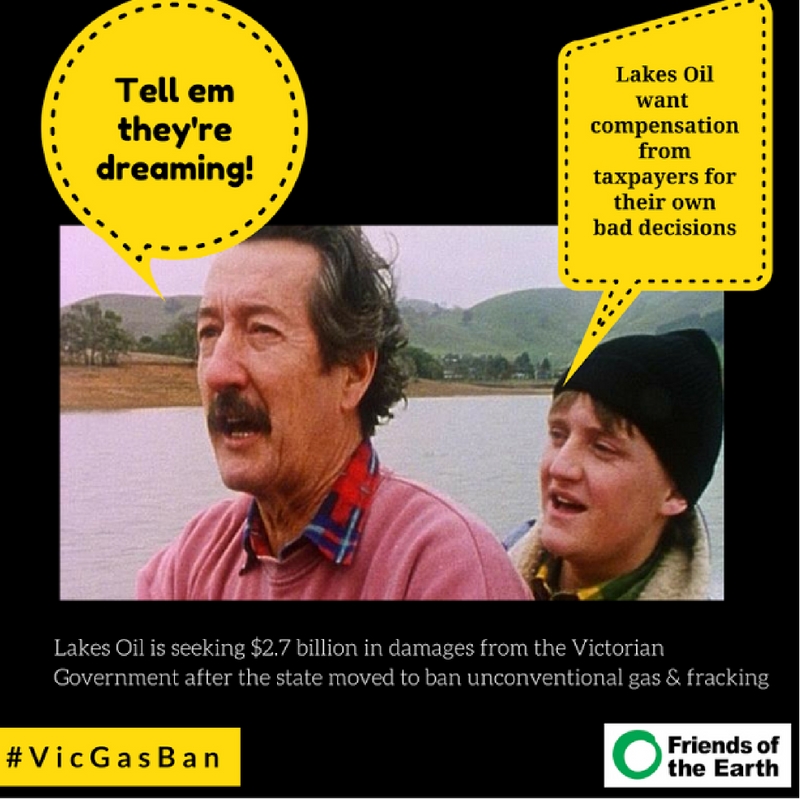 Please show your support for the state government, which is yet to get the ban legislation through parliament.

The long battle is not quite over yet!

We believe that the legislation will get through parliament safely. But we need to push back against this case.

It is essential the state government’s commitment to a permanent ban is supported now, so that they know the community has their back as they face off against Lakes Oil, Gina Rinehart, and the gas industry.

Tag the Premier and Resources Minister in a post letting them know that this sort of corporate bullying is not okay!

— Friends of the Earth (@FoEAustralia) December 6, 2016, or re-tweet this message on twitter:

4/ BECOME A MEMBER OF FRIENDS OF THE EARTH!