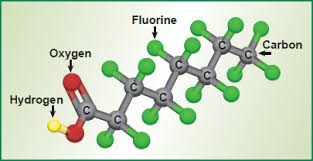 Environmental organisation Friends of the Earth (FoE), today raised concerns about PFAS (Per- and poly-fluoroalkyl substances) contaminants which may be present on food grown with recycled water in the Werribee South area of Victoria.

A recent study “Investigating recycled water use as a diffuse source of per- and polyfluoroalkyl substances (PFASs) to groundwater in Melbourne, Australia” published in Science of the Total Environment 644 (2018) 1409–1417 has revealed that recycled and groundwater from the Werribee South Irrigation District are contaminated with PFAS chemicals.

The PFAS laden water is applied to vegetables grown in the area. The likely source of the contaminated water is sewerage treated at the Western Treatment Plant, however FoE also believes that groundwater contamination may have been caused by the nearby RAAF Base Williams, Point Cook (Victoria), where PFAS fire fighting foam was used for many years.

According to Wyndham City Council, “The Werribee South Intensive Agriculture Precinct is the closest area of intensive food production to Melbourne. It covers an area of 3000ha of which 2350ha is used for intensive horticulture, with a farm gate value of more than $187 million a year. It produces around 10% of the vegetables grown in Victoria, including 86% of the cauliflowers grown in the state, 63% of the broccoli and 34% of the lettuce.”

FoE Spokesperson Anthony Amis said “it would appear that the State Government currently does not test for PFAS at the Western Treatment Plant or on vegetables grown in the areas likely to be watered from PFAS contaminated water. FoE understands that the Government may be testing PFAS in some meat products sourced from around the state.”

Mr Amis added. “FoE has concerns that vegetables grown in the region may contain residues of PFAS chemicals and we urge the State Government to start testing for PFAS residues of produce grown in this area and also other regions of Victoria where recycled water or biosolids are applied to agricultural crops. It is possible that PFAS may have been entering the food grown since 2004 when recycled water was first diverted onto crops grown in the Werribee South Region. Studies have shown that PFAS accumulates on some plant tissues.”

“We would also like to see the State Government to test for a full range of toxic chemicals which may be present in recycled water diverted to agriculture and a labelling system which states where vegetables have been grown. While we support the use of recycled water wherever possible, we believe it is essential that governments ensure that use in agriculture is safe for human use” Mr Amis concluded.

PFAS has been the source many contamination events around Australia over the past few years. The contamination events have largely centred around past use of fire fighting foam at military bases, airports and fire stations. A number of communities around the country are facing ongoing PFAS pollution problems.