The state election on 26 November, 2022, is an opportunity for all parties to demonstrate how they will manage the transition in a way that will lead to economic opportunities, job creation, and create a pathway for Victoria to contribute towards global efforts to achieve a safe climate and avoid catastrophic climate impacts.

Victoria is facing a decade of transition. The state has committed to halve its greenhouse gas emissions and deliver 50 percent of its electricity from renewable energy sources by 2030 to tackle the global climate crisis. While some of the foundation stones for a just transition are in place, Friends of the Earth present the following policy ideas to secure a bright future for the state.

The rollout of solar, wind, and energy storage technology continues to create jobs and bring new, cheap power to the grid while disrupting fossil fuel incumbents. Aging coal-burning power stations are becoming increasingly uncompetitive and unreliable—their owners are looking for pathways to closure.

The greenhouse gas footprint of the transport sector—which is now the state’s second largest and fastest growing source of emissions—will come to equal that of the electricity system. Public Transport patronage will rebound once the pandemic subsides and electric vehicles will disrupt the status quo.

The logging of native forests will cease by the end of the decade, with a major phase down in 2024—an outcome that will boost the state’s capacity to draw carbon emissions out of the atmosphere while providing a lifeline for threatened species and vulnerable ecosystems.

Will these transitions be managed and deliver good outcomes for community, environment, and climate, or will they be unmanaged and lead to unjust outcomes?

State elections provide a moment for political parties to present ideas for how to tackle the big challenges facing Victoria. They are an opportunity to steer the state towards a better future.

Polling consistently shows that voters across all major parties want to see greater leadership on climate and environment. This sentiment comes as no surprise given that events such as the Black Summer bushfires of 2019/20 have shown that climate impacts are already impacting local landscapes, communities, and economies. This sentiment will deepen as climate impacts become more frequent in coming years.

Government responses to the climate and biodiversity crises do not occur in a vacuum. The COVID-19 pandemic has disrupted the state, national, and global economies. Clean technologies continue to come down the cost curve. Major trading partners the United States and United Kingdom have increased their commitments to tackle climate change. They are using ambitious climate and energy targets to roll out clean technologies, create jobs, revive manufacturing, and create new industries. 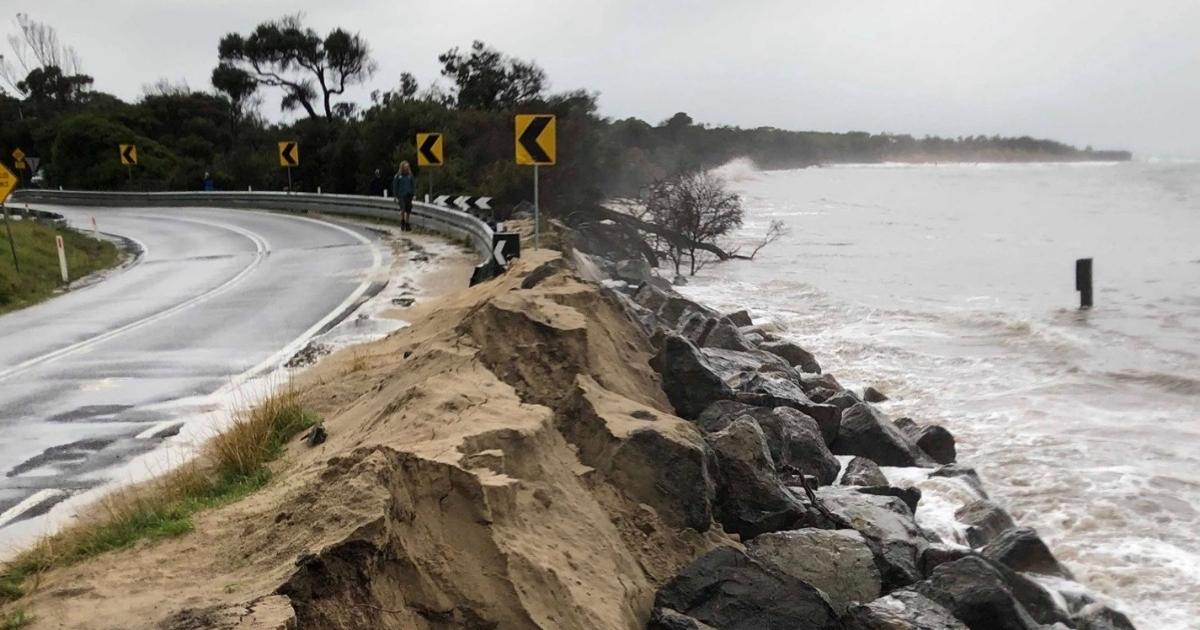 In response to intensifying climate impacts, the United States and United Kingdom have increased their commitments to cut emissions this decade and are setting aggressive targets to roll out solar power, offshore wind, energy storage, and electric vehicles.

Will Victoria increase its commitment and capture the economic benefits that stem from tackling the climate crisis?

Friends of the Earth call for all political parties to publicly commit to: 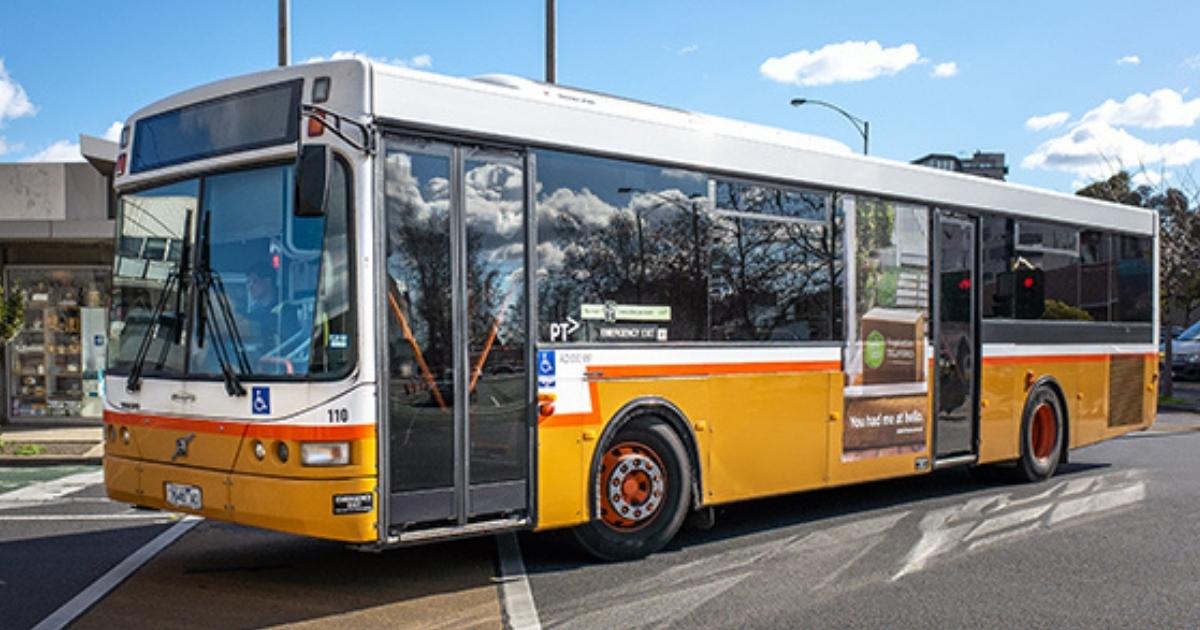 The transport sector is Victoria's second largest and fastest growing source of greenhouse emissions in Victoria. Without strong policy support for public transport, active transport, and electric buses (and other electric modes of transport), the sector’s contribution to climate change will match that of the electricity sector this decade.

Investment in the Melbourne Metro 1 tunnel, level-crossing removal program, and new train and tram rolling stock will put downward pressure on emissions growth, yet there are key barriers preventing the community from prioritising zero- and low-carbon transport options. Melbourne’s bus network is fragmented, infrequent, and relies on polluting diesel vehicles, and just 15 percent of the tram network is accessible for people with disabilities. 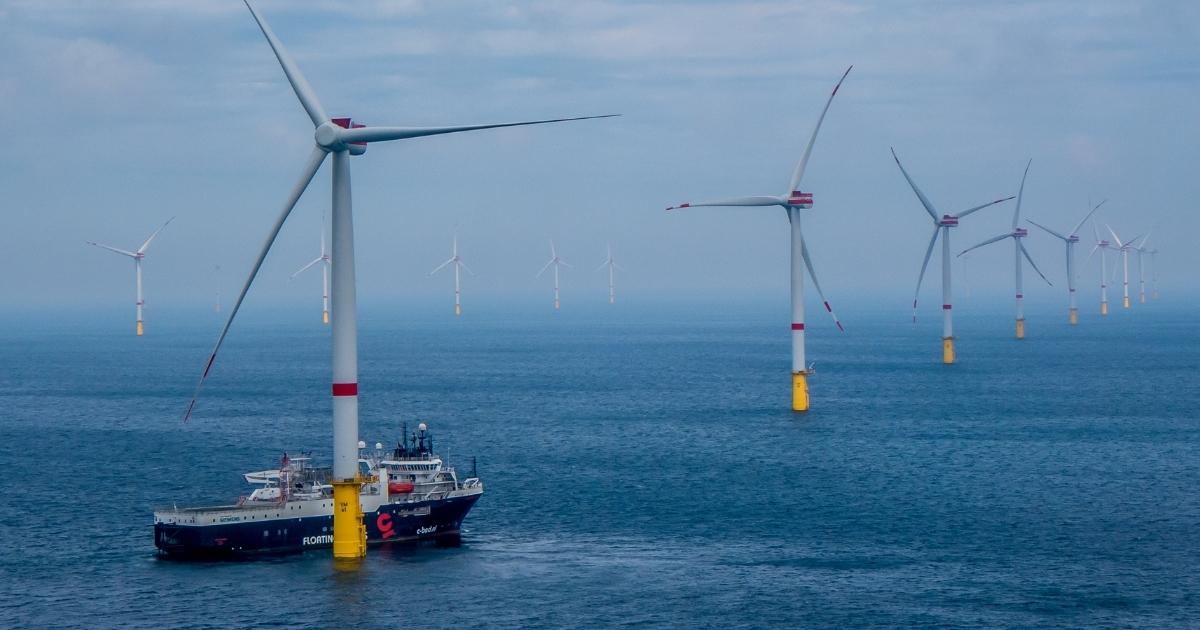 With a rich solar and wind resource and proactive policies in place, Victoria’s renewable energy rollout is creating thousands of jobs, attracting investment to the state, and delivering cheaper power prices and emissions cuts.

Continuing this trend is essential to revitalise regional economies, boost the manufacturing sector, and the state’s ability to meet its climate goals. 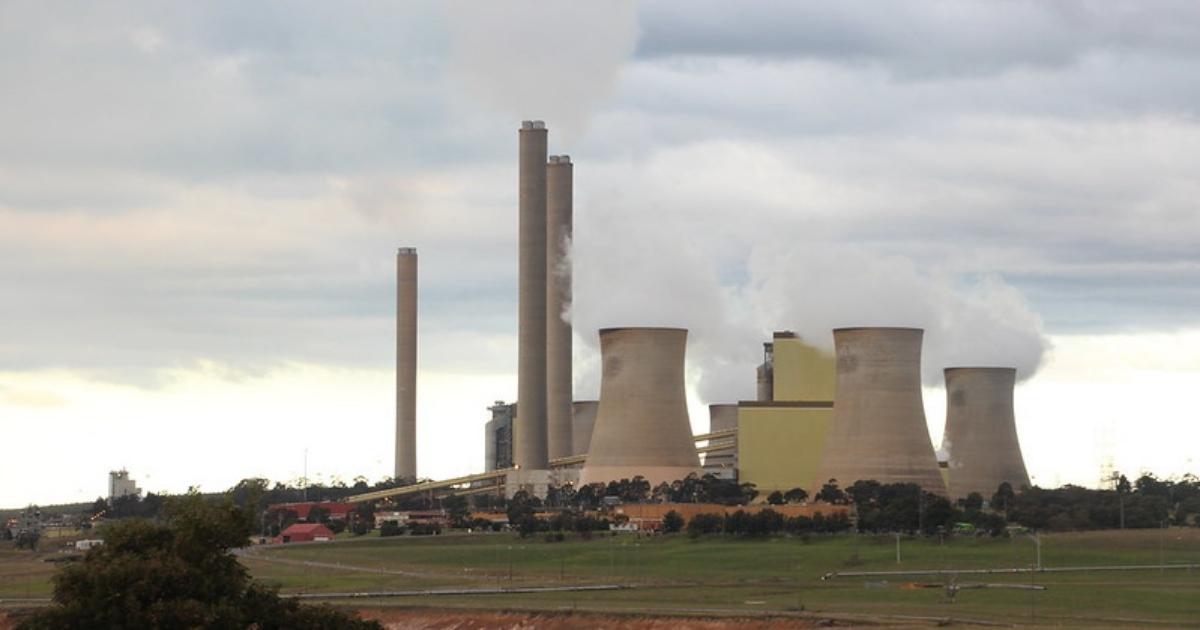 Victoria’s coal-burning power plants are becoming increasingly unreliable and expensive to operate. Engie’s swift closure of the Hazelwood coal power plant disrupted the community and demonstrated the need for economic diversification in the region. 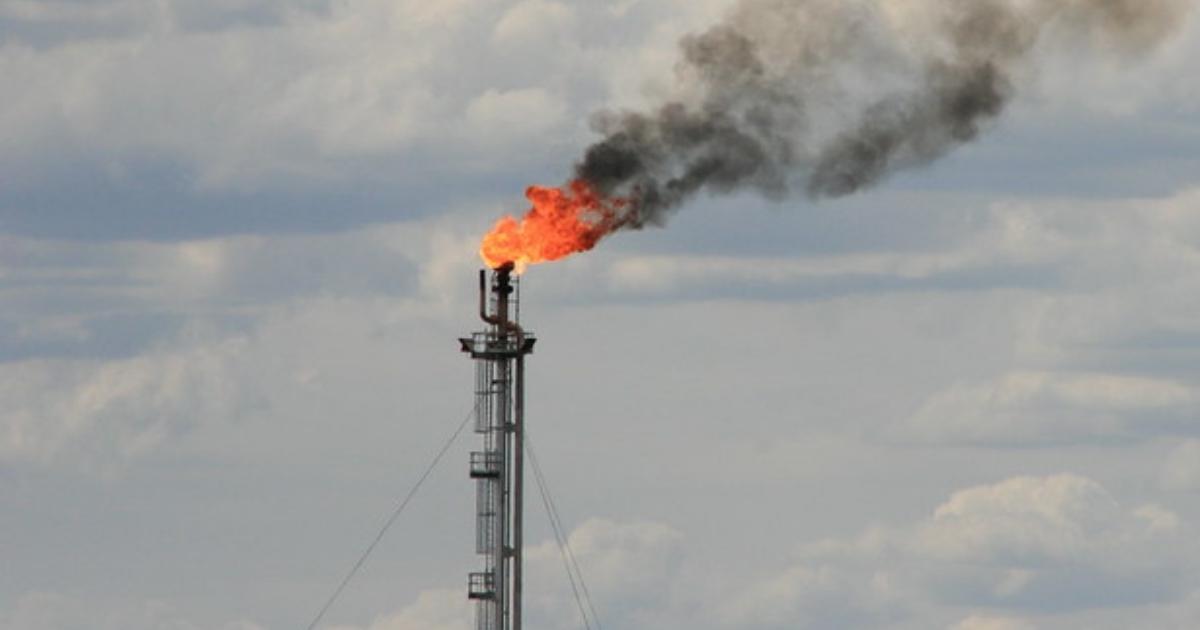 Community opposition to fossil gas development is re-emerging in the wake of the decision to lift the moratorium on onshore conventional gas development from 1 July 2021 and recent approvals of offshore gas exploration in Victoria’s coastal waters.

The following recommendations emerged from a joint statement developed by a network of groups seeking to get Victoria off gas. 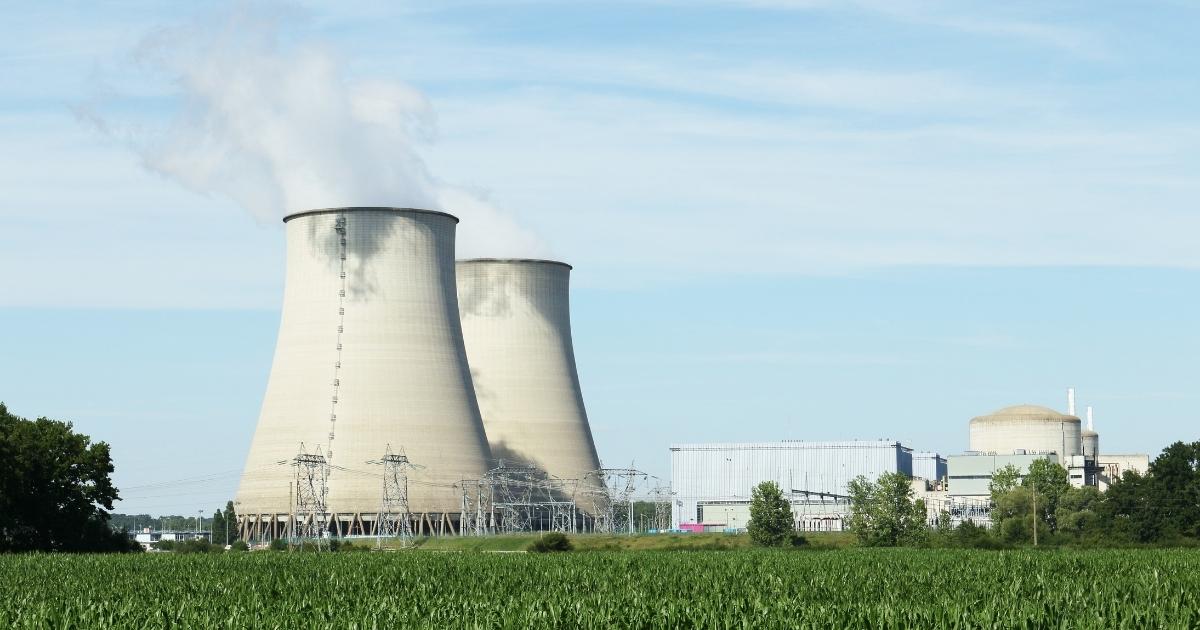 Friends of the Earth notes an upsurge in pro-nuclear advocacy and claims that nuclear energy is a ‘solution’ to combat climate change.

A Victorian Parliamentary Inquiry concluded in a November 2020 report that nuclear power “is significantly more expensive than other forms of power generation,” that “without subsidisation a nuclear power industry will remain economically unviable in Australia,” and that those promoting nuclear power “have not presented any argument, data or proof in support of their position that cannot be nullified by those arguing against.”

In 2019, a broad coalition of faith, union, environmental, Aboriginal, and public health groups, representing millions of Australians, declared nuclear power has no role in Australia’s energy future and is a dangerous distraction from the pressing climate challenges. Their united statement demonstrates widespread community opposition to nuclear power. 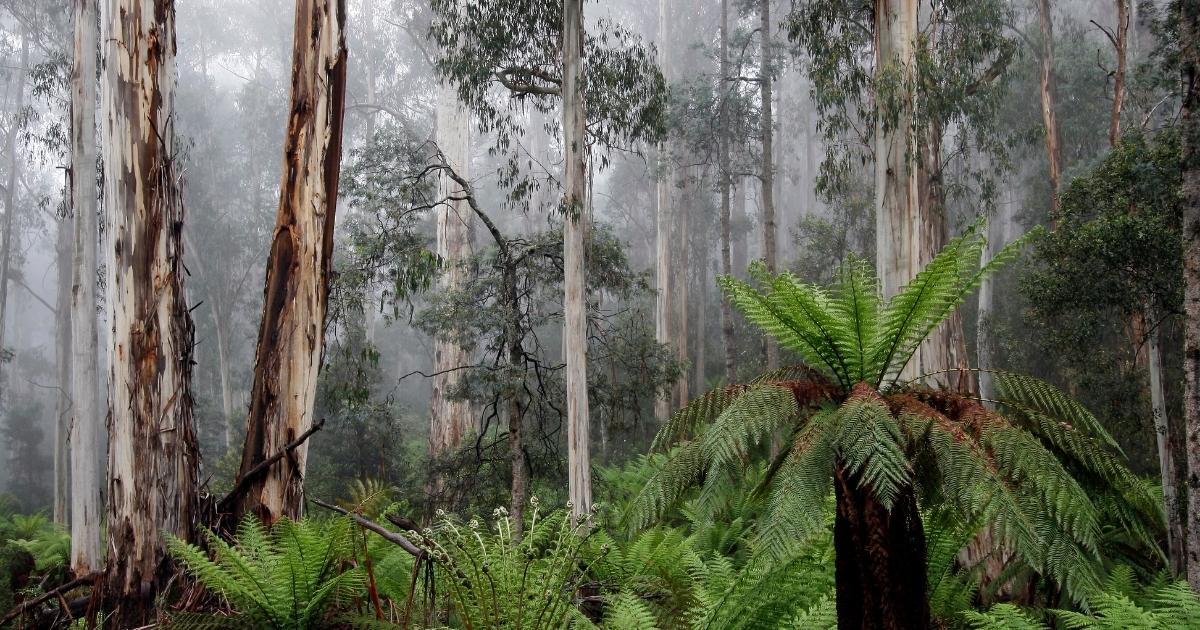 In 2019, the Labor government committed to cease the logging of native forests in Victoria by 2030, with a ‘phase down’ after 2024 . The state recognises that protecting native forest will boost its capacity to draw carbon emissions out of the atmosphere (Victoria’s Mountain Ash forests store more carbon per hectare than any other studied forests in the world). However, this opportunity could be squandered unless native forest logging is ended much more urgently. The current transition timeline fails to acknowledge that continuing to log for a further 8 years will produce emissions by converting these carbon dense forests into short-lived products like woodchip, packaging, and pallets. Logging results in at least 94% of a forest’s stored carbon ending up in the atmosphere. A maximum of 6% of its carbon remains in sawn timber, for up to 90 years (but typically much shorter). On average, logs suitable to be sawn into timber make up only an average 35% of total logs cut from Victorian native forests. Of this 35%, sawmills convert less than 40% into sawn timber for building and furniture. Offcuts are wood chipped, pulped for cheap short-lived products, made into pallets, or sold as sawdust. 60% of total biomass is left on the forest floor. Now is the time to protect what’s left of our intact native forests and allow them to reach their globally significant carbon storage potential.

If logging continues on the current timeline, there will also be very little healthy forest left that would be suitable for endangered species habitat. Even before the devastating bushfire disaster of 2019/20, logging until 2030 was irreconcilable with functional, biodiverse forest ecosystems and the survival of many threatened and endangered species. Scientists had already identified that ecosystems like Mountain Ash were on the brink of collapse. The Black Summer bushfires then burnt more than 1.25 million hectares of forest across the three most heavily impacted Forest Management Areas. The government must reassess its exit plan based on science and the impact of climate-fuelled bushfires on forest ecosystems and wildlife.

The 2030 exit is also unrealistic for workers in the industry, due to a lack of available wood supply and disruption caused by bushfire. The government is leaving forest industry workers and regional communities vulnerable to further insecurity by delaying the exit and by failing to account for the increased risk of bushfires in the years leading up to 2030. Regional people will be the most vulnerable to climate impacts this decade: at risk from bushfires, drought, food shortages, and economic instability. By failing to transition more immediately, the government is jeopardising the wellbeing of regional communities.

A recent report, After the Logging, found that 1 in 3 logged areas are being converted to weed-infested paddocks, which may never recover. Logging is removing and fragmenting forests across Victoria and instead replacing them with young, fire-prone, single age stands of eucalypts, or barren areas dominated by weeds. By the time the industry begins to wind down in 2024, entire landscapes will have been sacrificed. Continuing to log will compromise the long-term wellbeing of surrounding regional communities by degrading forest values and destroying tourism opportunities. It will also continue to destroy First Nations’ cultural inheritance and Victoria’s unique natural heritage.

Affected regional communities, the wider Victorian community,  and our global community depend on these carbon-dense forests for survival. These forests produce our clean air and drinking water and they are our best chance at mitigating climate disaster. Ending logging also protects communities from increased bushfire severity. Unless logging ends as soon as possible, Victoria won't have healthy forests to perform these invaluable functions, at a time when the people and creatures of this earth need them the most. In the midst of a climate and ecological crisis and in a decade of economic transition, continuing with native forest logging endangers all Victorians. 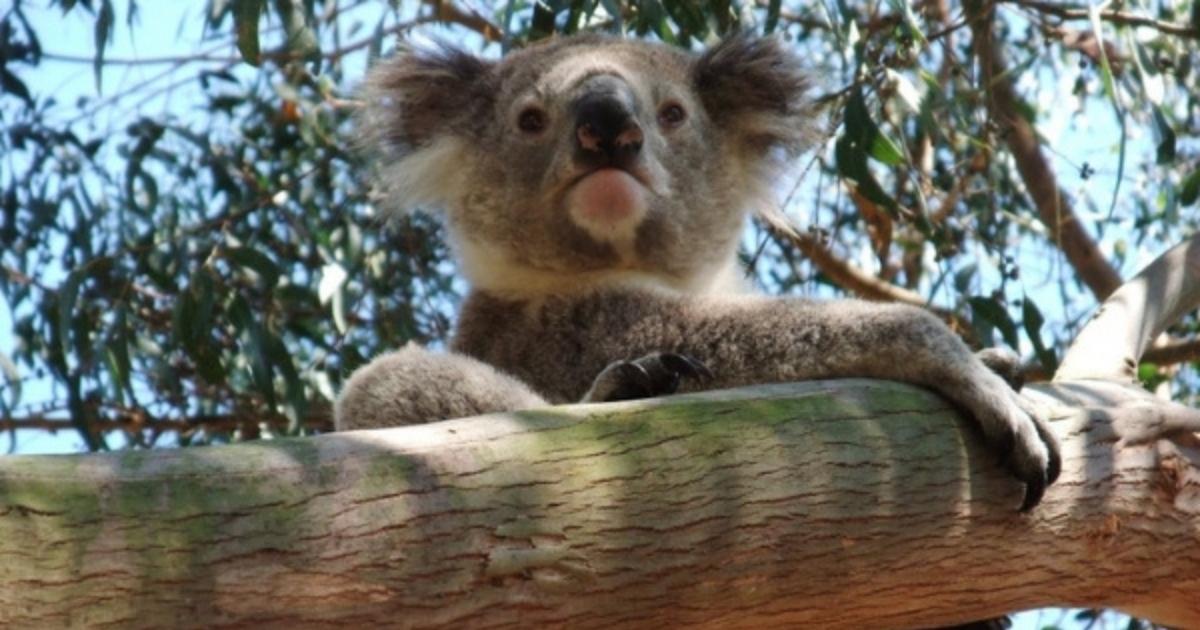 Victoria’s endangered and threatened species are facing unprecedented pressure from habitat destruction and intensifying climate impacts. Proactive steps are needed from the state government to give important species the best chance of survival. 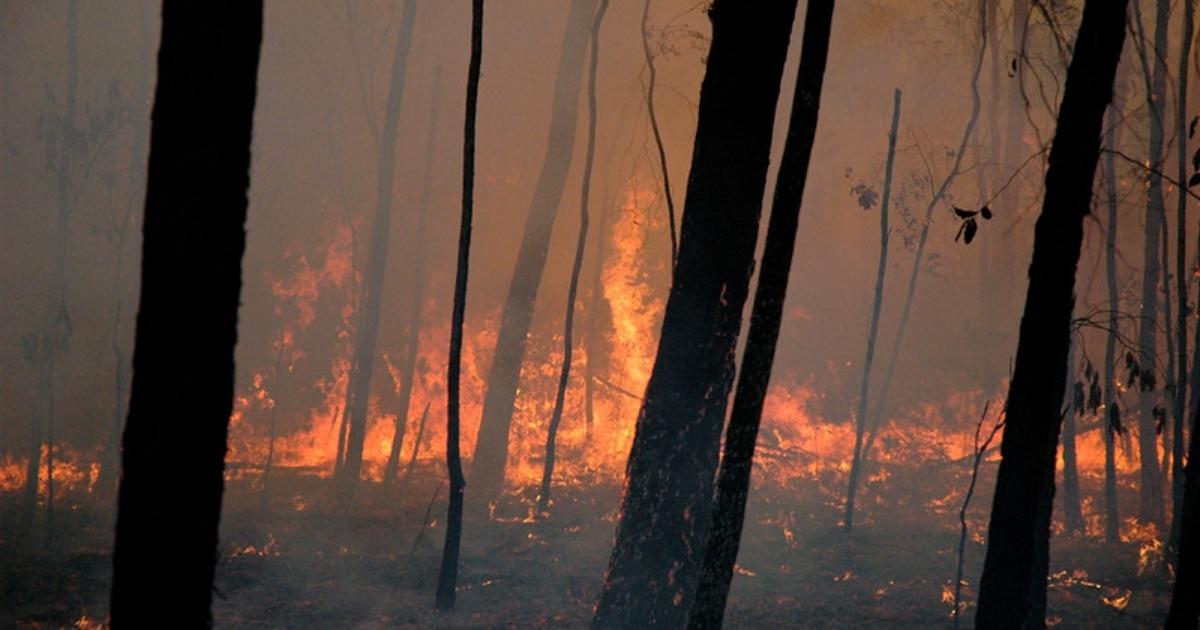 The climate-fuelled bushfires of 2019-20 tested Victoria’s ability to defend communities and the places we love from catastrophic fires. Governments must ramp up firefighting capacity to match the growing risk that comes with a hotter planet.

There is a critical need for governments to support communities as we confront challenges of economic transition, recovery from the COVID-19 pandemic, and climate upheaval. The time has come for governments to take new approaches to maintain peoples’ dignity and wellbeing in a time of instability, keep Victorians above the poverty line, and remove political and practical barriers to transitioning. 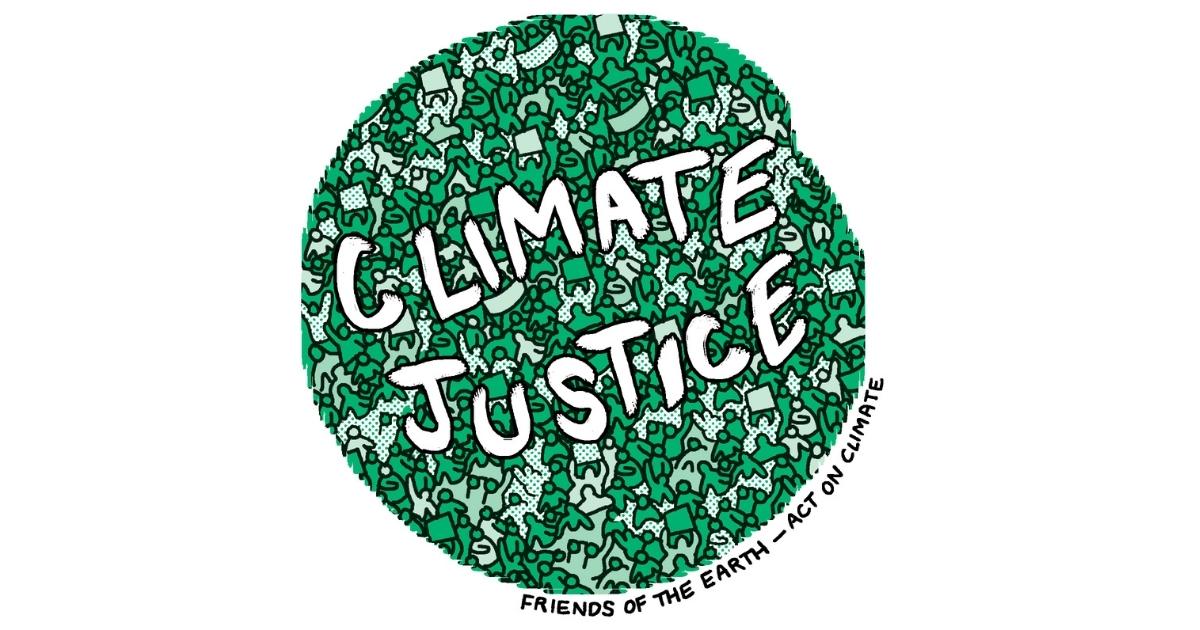 Prepared by Friends of the Earth Melbourne campaigners - 26 November 2021