Climate and environment: Big-ticket items the missing piece of the puzzle in Vic budget 2018

Environment group Friends of the Earth says big ticket items to tackle climate change and protect Victoria’s environment are the “missing piece of the puzzle” in budget 2018/19—a disappointing one for the environment.

The Andrews government’s allocation towards climate change and environment is down from last year’s budget--from $798 million in budget 2017/18 to $266 million this budget cycle.

“The community is looking to the Labor government to have vision when it comes to our environment—such as by establishing the Great Forest National Park and championing the rollout of renewable energy.”

Friends of the Earth say the downward trajectory of environment-related expenditure is a sign the budget process is failing to account for climate change:

"While the government in planning ahead when it comes to education, health, and infrastructure, it’s failing to plan ahead for the great challenge of our time—climate change,” said Leigh Ewbank.

Friends of the Earth is calling for the government to modernise the budget process to ensure climate change receives the attention it deserves:

"Bringing greater transparency to climate change in the budget will allow for its impact on state finances to be understood and tracked over time. If we don’t track the costs of climate change, how can we plan for future impacts?"

Ratings agency Moody's has warned states that fail to account for climate risk are exposed to credit downgrades. A 'Climate Impact Statement' to accompany the annual budget papers is a zero-cost measure the government can adopt for future budgets.

"No state treasurer wants to see Victoria's credit rating downgraded on their watch. Tim Pallas and the Labor government can climate-proof the budget by modernising it," said Leigh Ewbank of Friends of the Earth.

Momentum is building for Victoria’s first climate budget that makes a down payment on efforts to rein in emissions and protect the community from climate impacts:

“With the Federal government failing to act on climate change, it’s time for the Labor government to make climate a priority in Victoria.”

Friends of the Earth say the government’s over-subscribed $4.8 million Climate Change Innovation Partnerships grant scheme demonstrates demand for support is outpacing the government’s budget allocations. Funding was only available for just ten percent of the projects.

“It’s simple: Victoria needs to see more state government investment in climate solutions or we will fail to rein in emissions and prepare our economy for climate change.”

Friends of the Earth are calling for political parties to commit to delivering Victoria's first climate budget in the lead up to the state election in November. 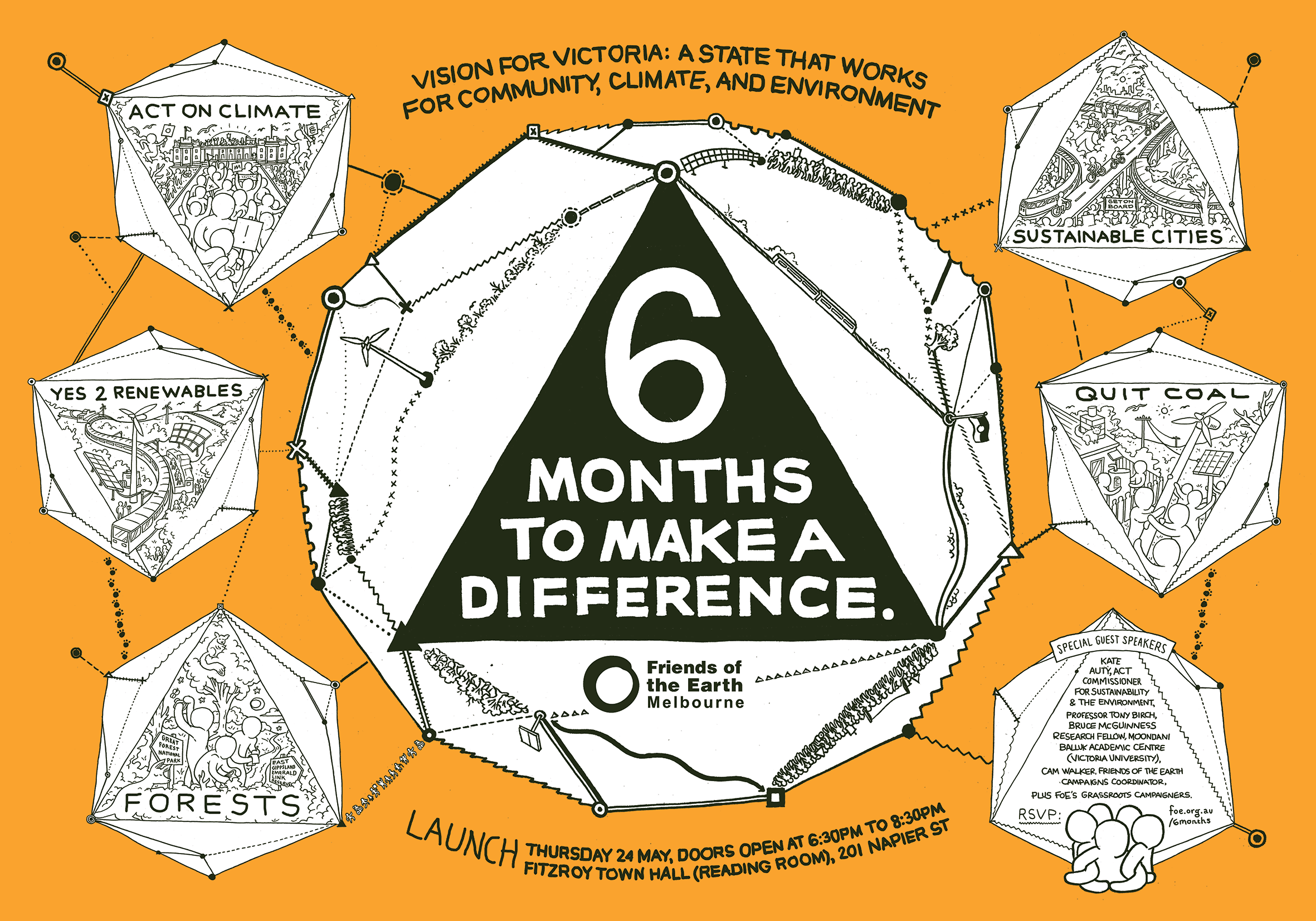