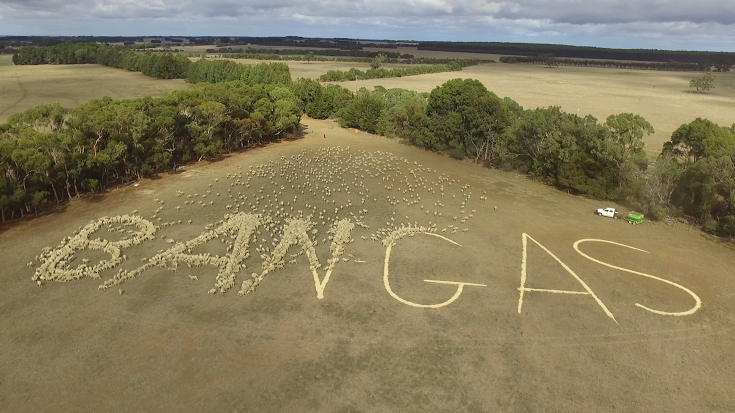 The Federal Government has stepped up its attempt to bully NSW and Victoria into opening up new gas fields.

“This is part of a long running campaign by the fossil fuel industry and conservative MPs, with the support from some conservative and business media outlets” said Friends of the Earth co-ordinator Cam Walker.

“These groups continue to push the argument that the moratorium on onshore gas drilling and ban on fracking in Victoria are driving up gas prices for consumers. However, what we have is a failure of the market and government policy, not a lack of supply.”

“The fact is that gas prices have gone through the roof in recent years because gas from Queensland is being exported to the international Liquid Natural Gas (LNG) market from Gladstone in Queensland.”

“Australia currently exports two thirds of the gas produced on the eastern seaboard, putting local domestic and commercial consumers into competition with international buyers. This is because the federal government has aggressively pursued the development of an export LNG industry without putting price safe guards in place for local consumers”.

“When combined with the unwillingness of the Coalition to act to reduce greenhouse emissions, lack of support for renewables, and the vain pursuit of a domestic nuclear industry, we have a federal government that has comprehensively failed to deliver sensible energy policy.”

“The moratorium was hard fought for by regional and urban communities in Victoria. The Coalition would be unwise to provoke these communities by attacking these sensible policy measures”.

“We urge the Victorian government to stand firm against this fear campaign which seeks to overturn the outcome of an 18 month public inquiry and broad community support for the moratorium” concluded Mr Walker.

Check here for our thoughts on the gas shortage myth.