The critically-important COP26 climate summit is underway. And, unfortunately, Prime Minister Scott Morrison chose to stick with the weak 2030 target set by Tony Abbott over half-a-decade ago.

Not only does the PM's refusal to deliver deep emissions cuts this decade leave Australia open to ridicule on the global stage, it leaves communities exposed to intensifying heatwaves, droughts, extreme weather, and rising sea levels.

The Act on Climate collective will not be deflated by the Morrison government's failure of leadership. It will fuel us as we head towards a Federal election and another big year on the campaign trail.

Here’s a quick update on our efforts in October and upcoming actions... 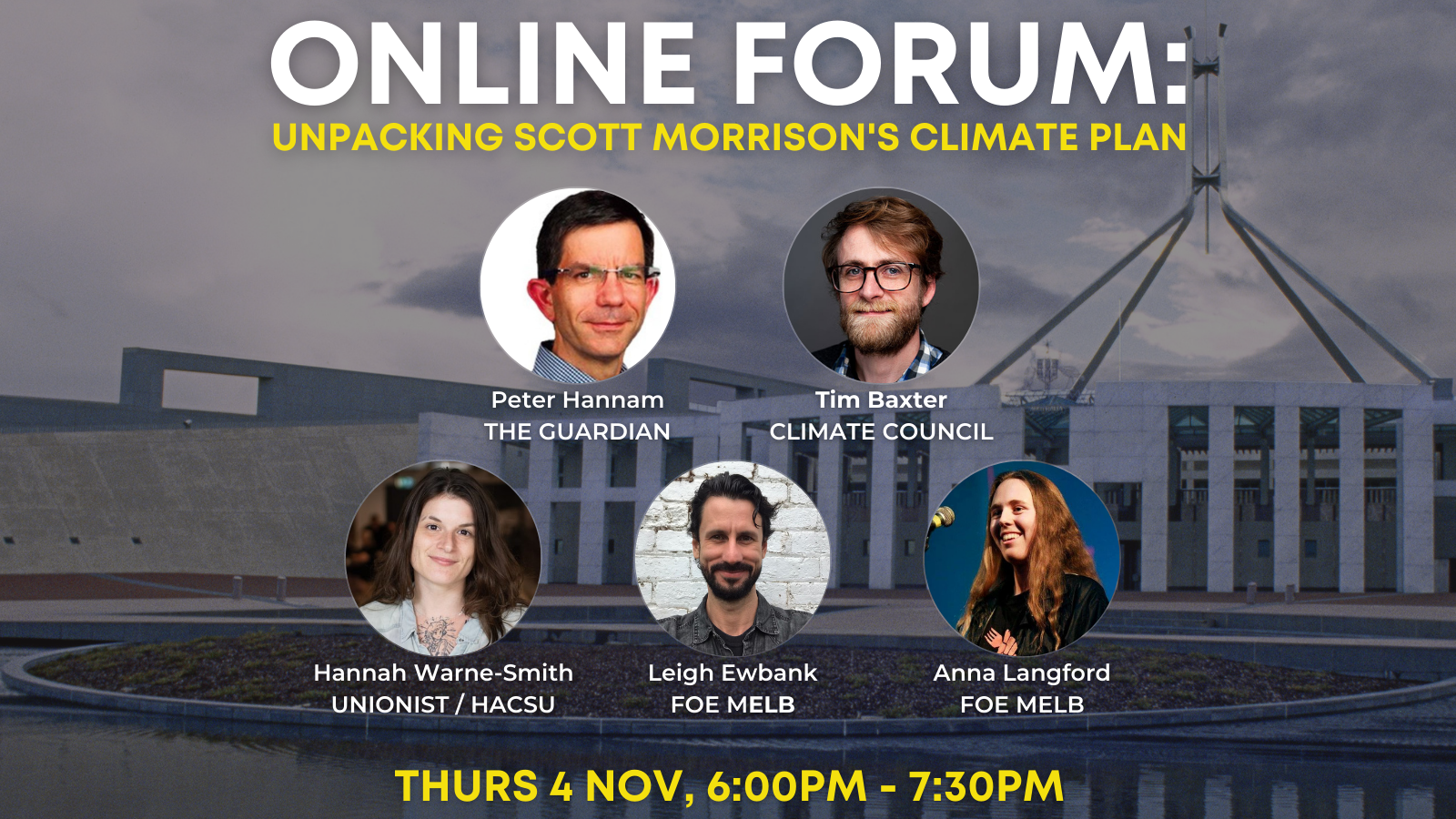 Despite the valiant effort of supporters like you who emailed and called Scott Morrison's office in the lead up to COP26, the PM held a Parliament House press conference on Tuesday 26 October to confirm there will be no increase to Australia's 2030 climate target.

After years of undermining national efforts to tackle the climate crisis, the Federal Coalition announced its long overdue commitment to net-zero emissions by 2050 and released a climate plan that has been described as a "pamphlet."

But what does the Prime Minister's climate plan mean for climate politics and policy in Australia?

Friends of the Earth has organised an online forum to unpack the details of the "plan."

REGISTER here for the Zoom link.


COMMUNITY ACTION IN RESPONSE TO THE FED GOVT'S CLIMATE FAIL:

Testament to the community's commitment to climate justice, there are already several actions being organised to send a message to the Morrison government.

Act on Climate is working with community allies Lighter Footprints and ACF Chisholm to organise actions at MP offices as part of a Global Day of Action for Climate Justice.

We'll make our presence known outside the offices of Gladys Liu, Dr. Katie Allen, and Treasurer Josh Frydenberg... Will you join us? 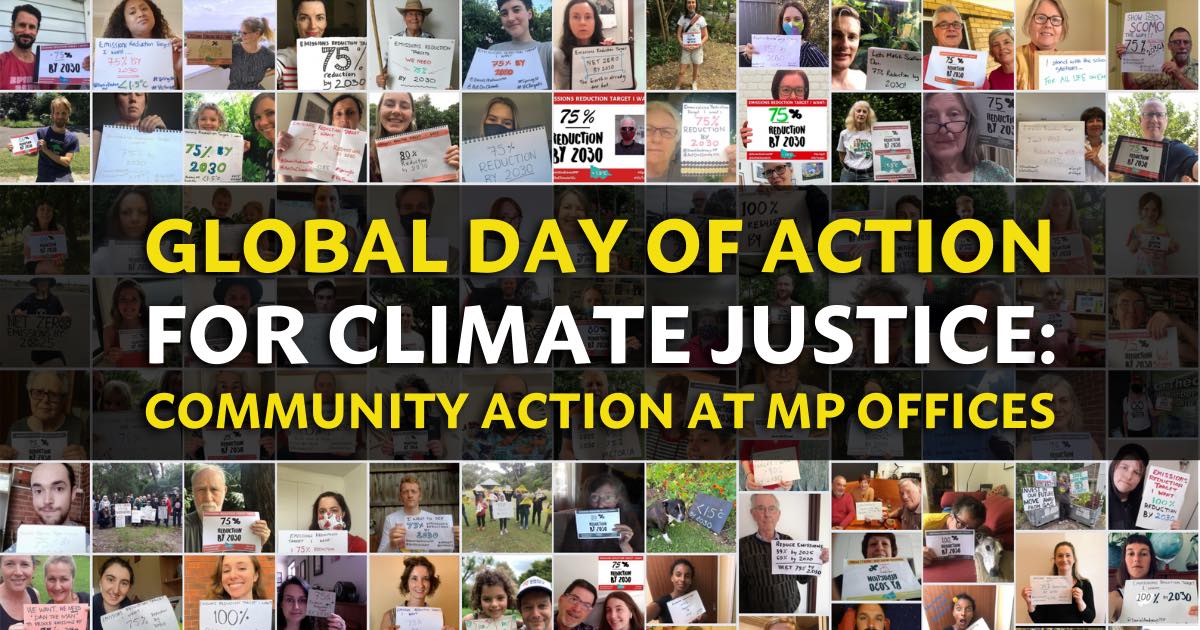 Workers for Climate Action have organised a COP26 Speak Out at the Liberal Party's Victorian headquarters on Friday 5 November. And there's a COP26 Global Day of Action in Melbourne organised by Uni Students for Climate Justice on Saturday 6 November.

Now that the COVID-19 restrictions have lifted, let's show Federal government MPs that we demand better. 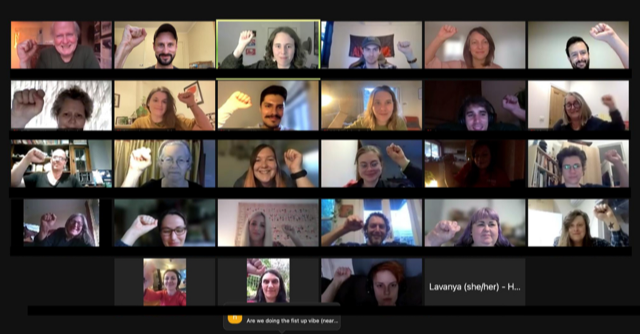 On October 27, Friends of the Earth supporters came together with comrades from the union movement for the launch of the Climate Impacts @ Work Survey: a new project coordinated by FoE campaigner Anna Langford with six Victorian unions and RMIT university.

The project will conduct pioneering research into the ways that workers in a diversity of industries are already experiencing climate impacts on the ground in their workplaces.

Special thanks to Colin Long (Trades Hall), nurse Sasha King (Australian Nurses and Midwives Federation), Godfrey Moase (United Workers Union), and FoE campaigns coordinator Cam Walker for joining us on the night to share their thoughts on why workers must be at the core of climate action.

Celebrate the launch on social media. 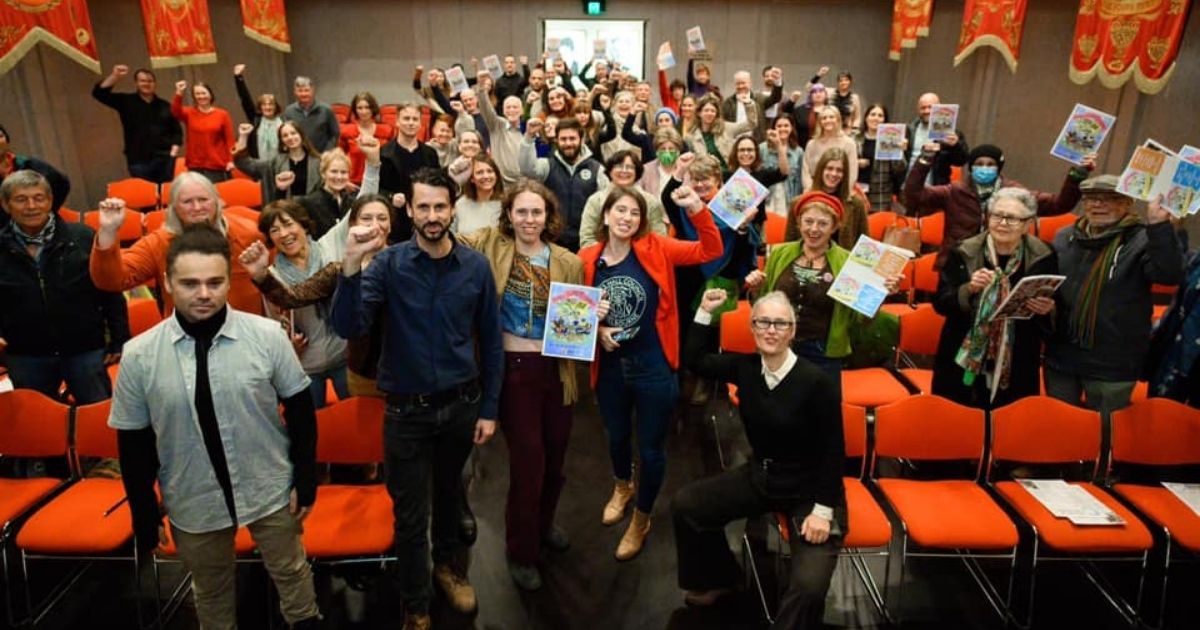 Friends of the Earth are honoured and excited that Act on Climate's People’s Climate Strategy for Victoria project is a finalist in the 2021 Premier's Sustainability Awards.

It was a massive grassroots community effort with contributions from over 1,000 people all across the state during last year's lockdowns. Whatever the final result, we can all be very proud of this recognition. Hats off to all who were involved and the other nominees.

Winners will be announced in an online ceremony on November 23. Until then, check out these posts on Facebook and Twitter celebrating the project. 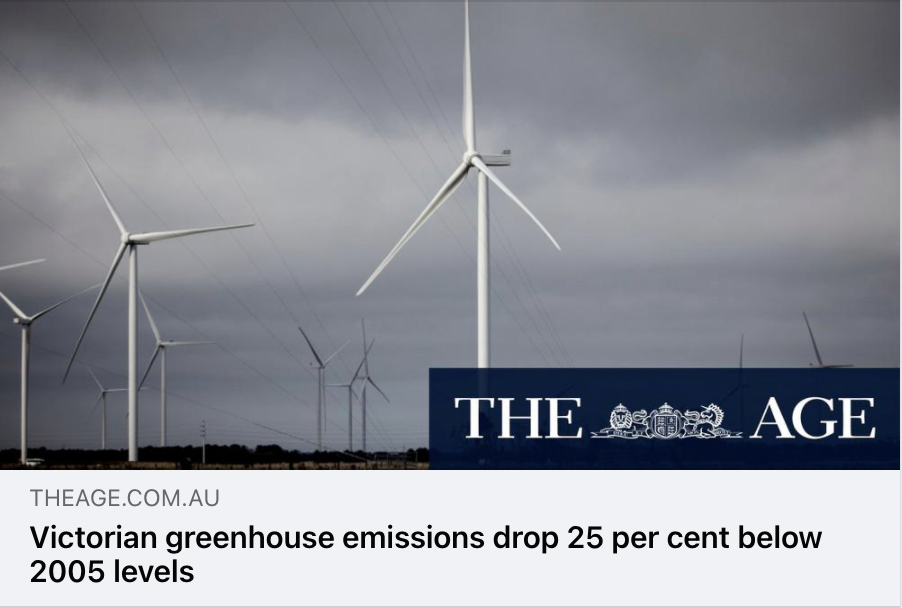 The same week that the Morrison government delivered a climate pamphlet, Victoria's latest greenhouse gas data showed the state delivered a 25 percent emissions reduction between 2005 and 2019.


"Victoria is delivering significant emissions cuts while the Morrison government is delivering spin," I told The Age. "This shows what’s possible with political leadership, clear interim targets, and a science-based approach."

Given all that effort, it's no wonder that we continue to see renewable energy break records.

"Australia’s main grid hit a record share of 35 per cent renewables in the month of October," reports RenewEconomy, "just pipping the previous record set a month earlier, and well on the track to deliver on the federal government’s forecast of 69 per cent renewables by 2030."

Hats off to all the community members campaigning for ambitious climate and energy policies... It's working! 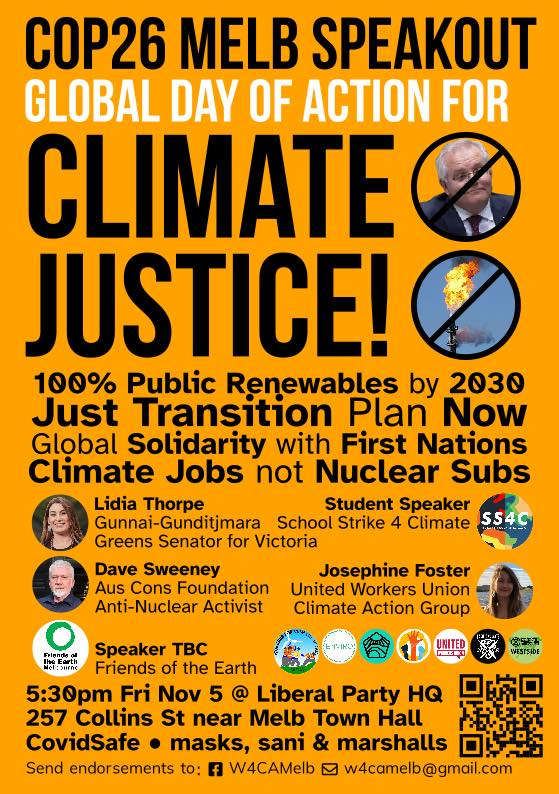 The Climate Justice event calendar is jammed packed this month. We'd love to see you at the following:

And remember, you're always welcome to join us for our weekly Act on Climate meetings. We're holding online meetings via Zoom in 2021, so please register for the Zoom link via our events page.