Parliamentary Inquiry into tackling the extinction crisis in Victoria 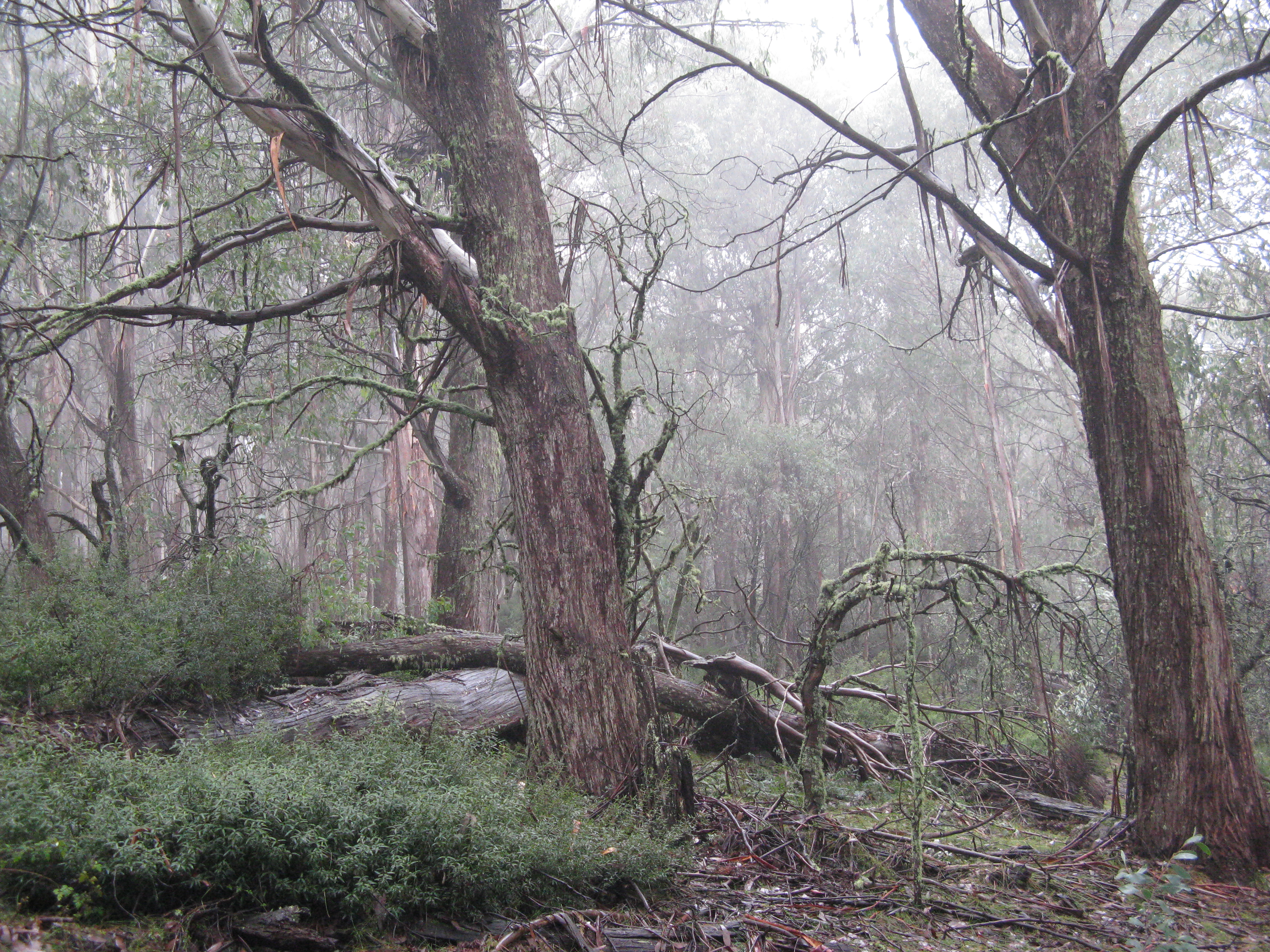 We rely on healthy ecosystems for our survival. Victoria is the most cleared state in the country and natural ecosystems have faced centuries of land clearing, logging, invasion of invasive species and, now fire seasons that are being made worse by climate change. More than 120 Victorian animals, birds, plants, insects and fish are threatened with extinction.

Last summer’s bushfires burnt more than 1 million hectares. As a result of the Black Summer fires:

Now the Victorian parliament has announced an Inquiry into Ecosystem Decline. This is an important opportunity to show that the community wants to see ecosystems restored and species protected from extinction.

Please check below for a draft submission that you could use or adapt and send to the Inquiry.

How to make a submission

The first stage in a Parliamentary Inquiry is a call for submissions. Making a submission to the inquiry is a powerful way for you to tell your MPs and the government that stopping extinction is their responsibility, and that government needs to do more.

The most powerful submission is one you have written yourself. It will have more weight than a form style submission.

So, we recommend you use whatever dot points you want from below and send it to ecosystems@parliament.vic.gov.au.

You will need to include:

The Terms of Reference for the Inquiry are here.

A brief submission is fine. You don’t need to claim to be an expert, just explain briefly why ecosystems matter to you and our state, and why Victoria needs to improve protection of our natural places.

Submissions are due by Friday 31st August 2020.

Some ideas on what to include in your submission

Explain who you are and where you live, why nature matters to you. It can cover any of the Terms of Reference, which are available here

Victoria is the most cleared state in Australia - 66% of our land has been cleared of native trees, shrubs and plants – this is the habitat that supports our native wildlife

Over 700 native plants, animals, insects and ecosystems are under threat.

120 Victorian animals, birds, plants, insects and fish are on the brink of extinction.

The 2018 Victorian State of the Environment report found two-thirds of the state’s indicators for land-based biodiversity were assessed as poor.  See the full report here: www.ces.vic.gov.au/reports/state-environment-2018

Last summer's fires have worsened the outlook for natural ecosystems, and increase the need for the government to act:

The summer’s fires and COVID-19 pandemic have had a devastating impact on our economy. As the state government considers ways to rebuild the economy it is essential that it ‘build back green’. This means supporting sustainable initiatives (eg the Melbourne Metro 2 tunnel over the North East Link mega road) and provides direct support for ecosystems that are struggling.

Here are a few ideas on what you could include in your submission. Cut and paste the bits that resonate for you or just add your own thoughts.

Get moving on emission reduction targets.

The government needs a plan to phase out our reliance on burning coal, oil and gas, which is making the climate crisis worse and driving extreme events like heat waves, extended fire seasons and flooding.

The government needs to make a decision shortly about what Emission Reduction Targets (ERTs) it will set for the years 2025 and 2030. Please add a call in your submission for the government to get on with setting science-based ERTs which would allow Victoria to play a role in the global efforts to keep global temperature rise under 1.5oC.

Build back green. Here are some logical things the government could do to show it is serious about responding to climate change, and hence reducing future impacts on natural ecosystems.

The October budget and post-COVID-19 stimulus package must invest in measures that rein in emissions and protect communities from intensifying climate impacts, such as:

The rights and interests of Traditional Custodians should be recognised in all aspects of land and water management, as well as decision-making in relation to their traditional lands.

The government should continue to support traditional management practices such as cultural fire.

Fund our conservation estate. Victoria has a wonderful range of national and state parks, that protect ecosystems from the inland rivers and semi arid zones to the highest peaks.

Currently, national parks and reserves only receive less than 0.5% of state government expenditure. In the face of a growing global, and local, extinction crisis we need to significantly ramp up investment in nature.

Park managers need significantly more funding for core frontline capacity to deal with the many pressures placed on parks, particularly for pest plant and animal control.

Victoria does have a World Class parks system. However there are still gaps:

Western VIC: In particular, forest and woodlands on public land in the west of the state (roughly west of the Hume Highway) are fragmented remnants of bush, often surrounded by a sea of cleared farmland. These are important patches of bushland threatened by logging, mining and poor management.

Around 40% of Victoria’s native land-based mammals, bird and amphibians are largely restricted to fragmented landscapes in the west and north of the state. A further 45% rely on them as a major part of their distribution in Victoria.

There are 20 state forests in the central west of the state, including the Wombat (near Daylesford), Wellsford (near Bendigo), Mt Cole (west of Ballarat) and Pyrenees that need of better protection and management.

Inland Rivers: In November 2009, the Victorian Parliament gave the green light for the creation of almost 100,000 hectares of new river red gum national parks from Lake Hume to the South Australian border.

It is not a formal park, and cattle are still licensed to graze, and damage sensitive wetlands and pollute the river.

These small reserves were meant to form a link between larger protected areas that stretch from near the South Australian border across to the Hattah-Kulkyne, Gunbower, Barmah and Warby Range-Ovens River national parks.

The government should declare the Murray River Park.

Native grasslands on the western fringe of Melbourne are one of Australia’s most endangered ecosystems.

The state government has made a commitment to acquire land for a 15,000 hectare Western Grassland Reserve (WGR) between Little River and Melton by 2020, using fees paid by developers when destroying areas of grassland within the urban growth boundary. However, the government has only delivered about 10% of this land into reserves.

The WGR, and other valuable grassland remnants in Melbourne’s west, are deteriorating due to lack of management of weed invasion, overgrazing and other processes.

The government needs to ensure immediate conservation management, and prioritised public acquisition, of the areas promised protection by 2020 (WGR and urban growth zone) with transparency and accountability in their acquisition and management.

There are additional campaign aims relating to the western grasslands available here.

We need a huge investment in weed and invasive species eradication

Victoria is overrun by weeds and invasive animals, which kill and out-compete our native plants and wildlife. Managing numbers is essential for restoring habitat. This means good policy. The government already has programs to humanely managing introduced animals like cats, deer, horses, rabbits and foxes. These programs require additional funds.

An end to habitat destruction and strengthened nature laws

We cannot hope to stop extinction unless we stop the destructive activities that are driving it. We need to:

Climate change is one of the gravest risks to our environment (and human society). We are facing longer and more intense fire seasons, which requires additional capacity to fight fires. Some ideas for state government action include:

On 30 October 2019 the Legislative Council agreed to the following motion:

That this House requires the Environment and Planning Committee to inquire into, consider and report, within 12 months, on the decline of Victoria’s ecosystems and measures to restore habitats and populations of threatened and endangered species, including but not limited to —

(a) the extent of the decline of Victoria’s biodiversity and the likely impact on people, particularly First Peoples, and ecosystems, if more is not done to address this, including consideration of climate change impacts;

(b) the adequacy of the legislative framework protecting Victoria’s environment, including grasslands, forests and the marine and coastal environment, and native species;

(c) the adequacy and effectiveness of government programs and funding protecting and restoring Victoria’s ecosystems;

(d) legislative, policy, program, governance and funding solutions to facilitate ecosystem and species protection, restoration and recovery in Victoria, in the context of climate change impacts;

(e) opportunities to restore Victoria’s environment while upholding First Peoples’ connection to country, and increasing and diversifying employment opportunities in Victoria; and

(f) any other related matters.