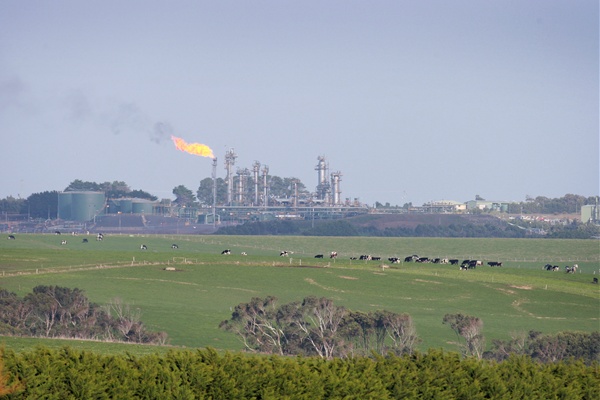 As the Victorian government ponders whether to open up the state to both conventional and unconventional gas drilling operations, new evidence has come to light about the failure of the gas industry to act responsibly and safely.

The Australian newspaper has published two articles regarding Origin Energy's conventional gas operations. An internal Origin audit (the Origin Energy Conventional Operations Environmental Review, Aug 2015) found that Origin management put “inadequate” resources into compliance at the “upstream” division, with not all regulatory breaches properly logged on the company’s internal system. Origin has admitted for the first time that it's gas processing plant at Lang Lang, in Victoria, has been emitting much higher volumes of toxic chemicals than allowed under its licence.

“This report highlights long held concerns about the industry and its inability to 'self-regulate' and the ability of state authorities to properly manage gas drilling and processing activities” said Friends of the Earth co-ordinator Cam Walker.

“Origin Energy’s head of production has admitted that it would take “many years” to bring the company’s gas and oilfield division up to standard. Yet industry constantly claims that the many problems seen with the gas industry in places like North America couldn't happen here because of the 'superior' regulatory regime and operating standards of the industry”.

“Once again facts have shown that the industry cannot be trusted. When coupled with the submission from the Victorian Auditor Generals Department to the state government inquiry into unconventional gas, which stated that Victoria was not ready to safely regulate the unconventional gas industry, it is clear that we must apply the precautionary principle to this industry said Alison Marchant, for Gasfield Free West Vic.”

“As the Andrew's government considers it's response to the findings of the state inquiry, it must be mindful of the risk of unleashing a range of negative environmental impacts on our state and economy by an industry with a poor track record. Onshore gas drilling will not be able to gain social licence to operate here in Victoria. The only logical solution will be to place a permanent or long term ban on all onshore gas drilling activity in the state.”