The year is at a close again and the 'festive season' is in full swing. It can be a difficult time for some to resist the allure of rampant consumerism... but FoE always has alternatives!

Drop into the Food Co-op on Smith St and pick up amazing ethical present ideas and food to suit any feast!

Too hard to think of a pressie? Why not make a donation to FoE and put it in your loved one's name? You can make online donations here.

Thanks again for your ongoing support in 2015 and have a safe and happy festive season - See you all in 2016! 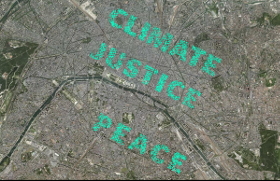 For the first time, the world is united in an agreement that will see countries enter a process to continually strengthen the pollution limits they set over time. It has set up a useful framework that will allow countries to work towards avoiding dangerous climate change. Further progress will be needed at subsequent UN meetings to strengthen the framework, and provide much stronger support for developing countries.

Importantly it has a reference to limiting warming to 1.5 degrees C.

Despite the historic significance of almost 200 countries agreeing to act on climate change, Friends of the Earth International cannot celebrate the outcome – because it failed the science and the most vulnerable communities on the planet.

Over the last two weeks Friends of the Earth International has lobbied on the inside, organised actions, initiated direct actions on the inside of the talks and on the streets of Paris. (Check here for our final press release from Paris).

There were bans on large scale events because of the recent terror attacks on Paris. We got around this in various ways, including a 'human chain' action at the start of the conference, and the closing 'geo location' action on the weekend. This brought 3,000 of our activists onto the streets of Paris to spell out the words Climate Justice and Climate. There are great photos from the action here and a lovely short video which shows how it was co-ordinated.

For a full assessment of the outcomes, please check here.

We are getting so close to a permanent ban on fracking in Victoria!

On December 8, the committee running the inquiry into the unconventional gas (UCG) industry in Victoria tabled it's final report in parliament. This long awaited report will be used by the Labor Government to make a decision about the future of onshore and unconventional gas mining in Victoria.

Four of the committee members recommended a permanent ban on onshore UCG (2 ALP, the Greens member and the rep from the Shooters Party). The chair of the committee, Liberal MP David Davis, used his vote to overturn this recommendation. The Coalition members only supported an extension of the current ban for another 5 years.

The ball is now firmly in the Premier's court. The government will need to decide how to respond to the report, and whether to ban the UCG industry or allow it to proceed. We have held the companies at bay for three years now. We really need your help if we are to have a chance of converting this to a permanent ban.

Please check here for some simple actions you can take to convince the ALP that the community will support a ban on all onshore gas drilling.

On the first day of parliament (February 9), we will be holding a community rally to call for renewables, not fossil fuels. FoE will launch it's three year agenda (a plan for what the ALP should do in the three years remaining of their current term of government) and deliver our petition on that day.

It will happen on the steps of parliament in Spring Street. Full details in the January newsletter.

The Summer of Citizen Science and Forest Defence continues with GECO 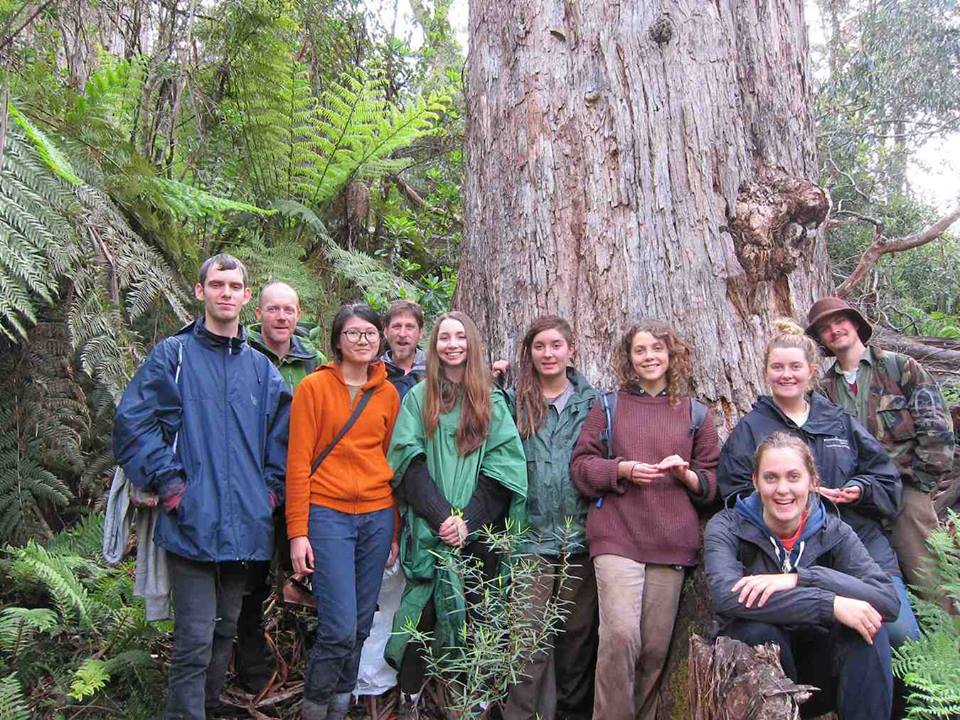 The last session earlier in December was a massive success and their work has been instrumental in halting alleged illegal logging activity in the area.

Thanks again for your ongoing support in 2015.

Please consider supporting the work of Friends of the Earth with a tax deductible donation. Every dollar helps!