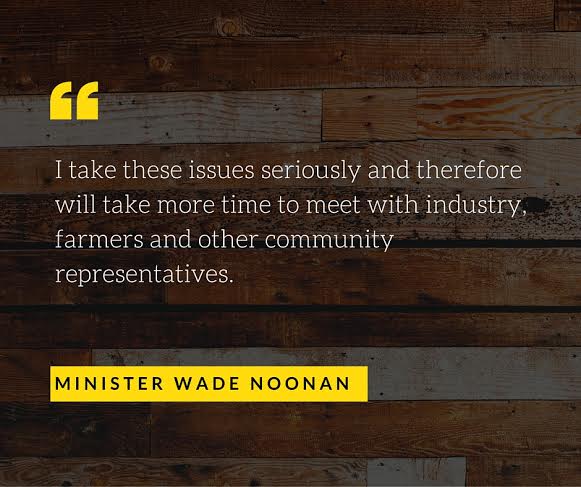 Communities and environment groups have responded to the announcement this morning that the Andrews Government will delay the decision on onshore gas mining with disappointment, but have expressed that they will remain resolute.

They are still planning to muster utes from across the state at Spring St today at 2.30pm to demand the government put in place a permanent ban on all onshore gas mining.

"We're disappointed that the government has chosen to defer the decision, because the evidence that fracking is damaging to ground water is compelling. However, we understand the need for the minister to be able to defend his decision once he has made it, so appreciate that he needs to take the time to understand community concern about onshore gas" said Friends of the Earth Campaign Coordinator Cam Walker.

"We appreciate that the minister has said he will meet with affected communities. This has been a five year campaign and every day that farming communities have to live under the threat of gas drilling being approved increases the anxiety and uncertainty they have been living with for years. We urge the minister to listen to community concerns, consider the science, and rule out any further onshore gas drilling in our state."

"This decision will have long term implications for the future of farming in the south of the state. The final decision needs to be based on community sentiment and science and not fall prey to party politics. We urge all parties and Members of the Upper House to support the government in reaching the right decision. If this means taking more time, then the Upper House should support the minister and not unduly punish the government for extending the timeline to take a decision" said Mr Walker.

Teacher and mother of two Alison Marchant, who is currently living under an exploration license in Moriac, said, "We are disappointed there hasn't  been a decision made today. We've been living with huge uncertainty over the last five years. If onshore gas mining goes ahead what affect will it have on our health? Our environment? Agriculture?  We want certainty, we want this cloud lifted from over our heads. We want a permanent ban now."

Debbie Carruthers, Gasfield Free Bairnsdale coordinator said, “Across Victoria communities are waiting for the Andrews Government to provide some certainty and deliver a permanent ban on onshore gas mining. The threats and risks are well known and it is time for the Government to join the 73 communities across the State and say “No" to onshore gasfields. Premier, we are counting on you to listen to us and announce a ban on all onshore gas mining in August!"

In response to the announcement, Utes from across Victoria will muster in front of Parliament House on Spring St, displaying community determination to stop the onshore gas industry from going ahead.

"People are driving their utes from across the state, from East Gippsland to Western Victoria, to show the Andrews government the community are not backing down on this one," said Friends of the Earth spokesperson Chloe Aldenhoven.

"We've seen the destruction this industry has caused in Australia and overseas. The community have made it clear, this industry is not wanted in Victoria. Now its up to the Premier and new resources minister to do the right thing, and stand with the community, and the Labor members who called for a permanent ban in the parliamentary inquiry's final report."

For more information on today's action