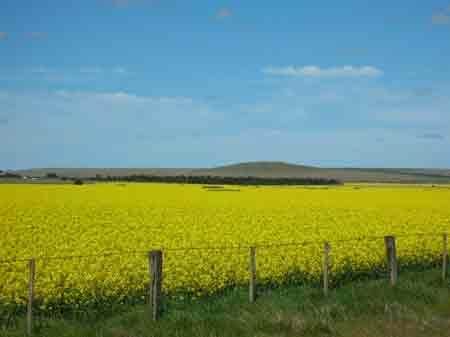 Friends of the Earth today raised concerns with ongoing pesticide pollution, in a number of reservoirs that supply Central Victorian Residents with drinking water.

The information obtained from a Freedom of Information request to water authority Central Highlands Water, reveal that eleven reservoirs contained traces of pesticides mostly between the late 2012 and late 2014.

In late 2012, Central Highlands Water implemented actions which made it possible to detect levels of pesticides, which sampling conducted for years earlier would not have been able to reveal. As a result almost 50 pesticide detections have been detected since late 2012.

Friends of the Earth Land Use Researcher Anthony Amis said “It is highly likely that pesticide pollution has been occurring in the region for decades, but detection levels have been set too high or testing not done at all, so low level pesticide pollution would have been missed. It is also likely that many more detections would be uncovered if monitoring occurred more than once a year in November.”

“The pesticide levels may appear on first glance to be low, when compared to the Australian Drinking Water Guidelines” said Mr Amis. “However if ecological considerations are taken into account, seven detections would breach Australian ecological guidelines and fourteen would breach European Union Drinking Water Guidelines and levels at which hormones have observed being altered” said Mr Amis.

If pesticides are detected in storages there is an obligation for the water authority to determine where the pollution is coming from and take steps to lessen the pollution occurring. Friends of the Earth is unclear whether these steps have been taken.

It is highly likely that both the Atrazine and Simazine are leaching off farms directly into waterways. It would appear sensible to Friends of the Earth that restrictions on the use of Atrazine and Simazine in domestic water supply catchments needs to urgently occur. This would include restrictions on the use of these herbicides near waterways and drainage lines, perhaps 200-300 metre set-backs” said Mr Amis.

Simazine has also been detected in White Swan Reservoir at Ballarat. It is unclear where this pollution has come from” said Mr Amis. It is unlikely to have come from local farms, so it could be possible that Simazine has been piped into the reservoir from the Waranga Western Channel via the Goldfields Superpipe.