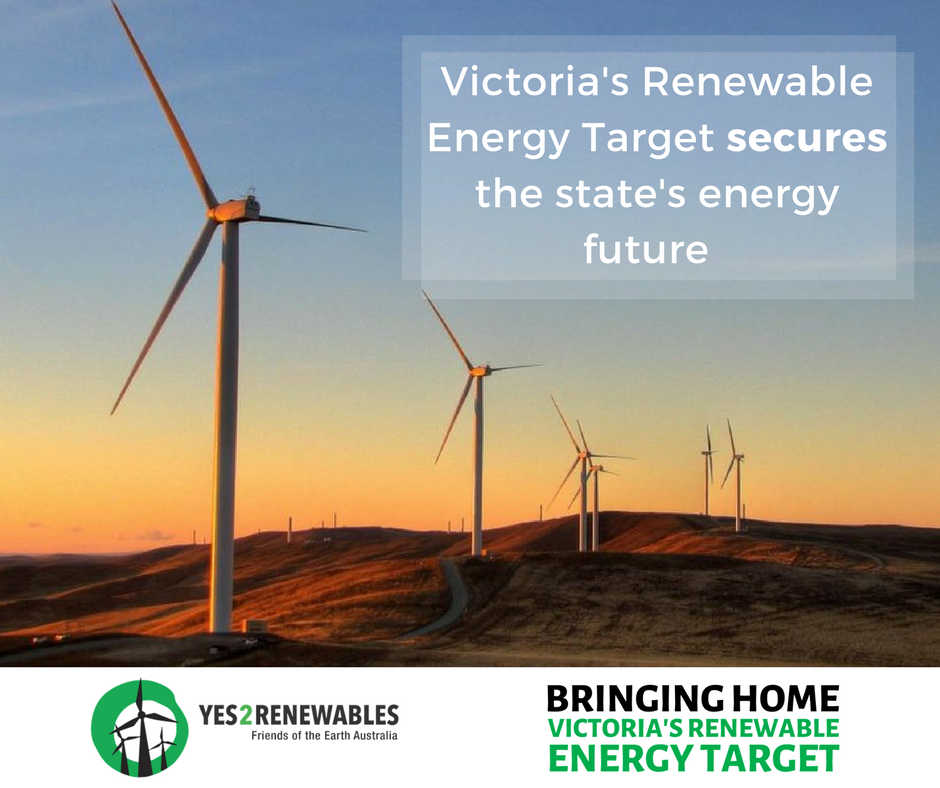 Friends of the Earth welcome the Australian Energy Market Operator's Electricity Statement of Opportunities, and say the analysis shows the Victorian Renewable Energy Target will secure the state's energy future.

"The Andrews government has made the right call with it's decision to set renewable energy targets."

"The AEMO analysis shows the electricity sector is gearing up for greater use of wind and solar."

Crucially, AEMO finds that renewable energy capacity built to meet the VRET will reduce the risk of future blackouts in the state.

“The Andrews government's VRET scheme will keep the lights on while creating 10,000 jobs, attracting investment, and meeting climate commitments.”

“This is best practise energy policy - the Turnbull government should be taking a leaf out of Victoria's book when designing a national approach,” said Pat Simons

AEMO's report also finds that Victoria's renewable energy policies will deliver more energy supply than any current national policy beyond 2020, a sign that the VRET can be the cornerstone of a nationally consistent energy policy.

“Why would Victorians support a national Clean Energy Target that delivers less renewable energy jobs and investment to our state?”

“This should be an easy sell to the Coalition partyroom given that renewables will keep the lights on for Victorians into the future.”

The analysis is a wakeup call for the Victorian Opposition who currently oppose the VRET despite strong support from voters.

"It's time Matthew Guy dropped his ideological approach to energy, and got on board with renewables to protect Victorian families and business from power price rises."

"If the Matthew Guy opposition supports more energy supply to reduce future risk of blackouts, they will put an end to their ideological approach to energy and vote yes to the VRET in state parliament."

Friends of the Earth will be keeping a watching brief on energy policy as the Victorian Renewable Energy Jobs and Investment Bill 2017 is debated in the state parliament in coming weeks.