The Federal election results are in: The Coalition has been swept from office in what has been described as a "greenslide." And community power was a key factor behind the outcome.

The election of a Labor government and strong showing for Greens and "teal" independent candidates is a big boost for the climate movement.

The ALP comes to office with commitments to increase Australia's 2030 climate target, rollout solar gardens and community batteries, and co-host the COP29 summit with Pacific Island nations, among other things.

If the climate movement maintains its momentum, then we can build on the government's initial commitments and secure the strong, science-based climate policies needed to deliver deep emissions cuts this decade.

Here's a quick update on our efforts in May and upcoming actions... 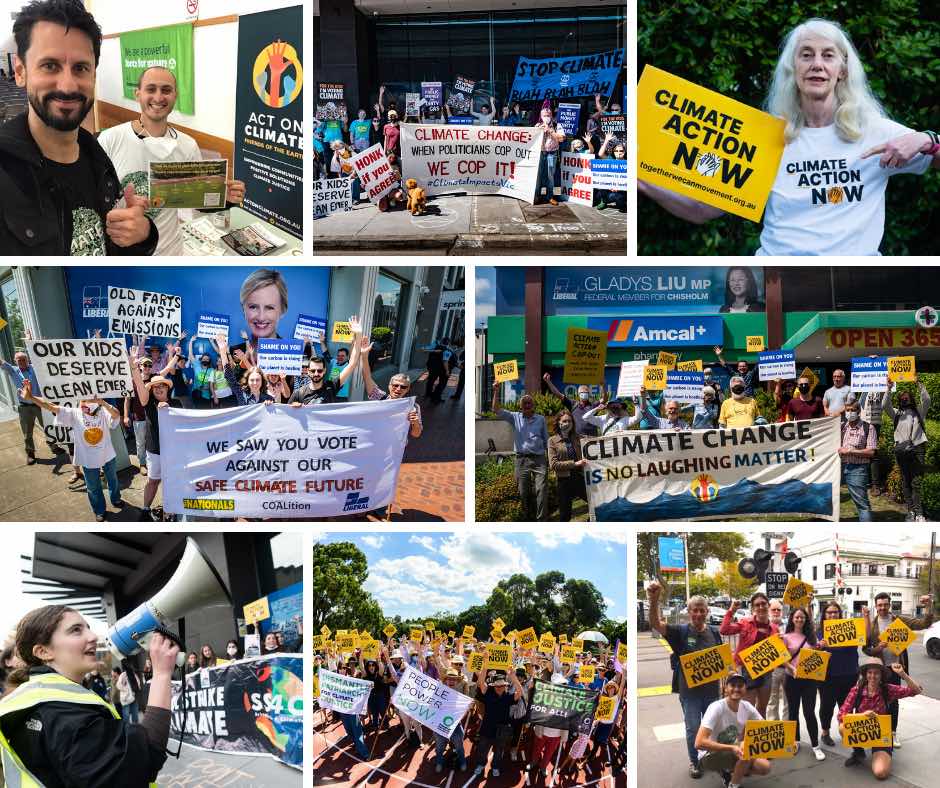 COMMUNITY POWER BEHIND THE 'CLIMATE ELECTION':

It's clear that community power was a driving force behind the Federal election result. It's now clear that the Coalition's long record of actively undermining climate action was a drag on its electability.

Friends of the Earth is proud of our work with allies such as Lighter Footprints, ACF Chisholm, Higgins Climate Action Network, Eastern Melbourne Climate Action, and others.

Together we distributed 50,000 flyers; rolled out a community survey on climate targets; reported on candidates forums; joined local actions; and organised the iconic Race to Zero Emissions action that showed where the parties stand on climate targets.

Hats off to all those who took action to put climate on the election agenda. Your efforts paid off. Well done!

CALL ON VICTORIA TO GO FUTHER & FASTER ON CLIMATE: 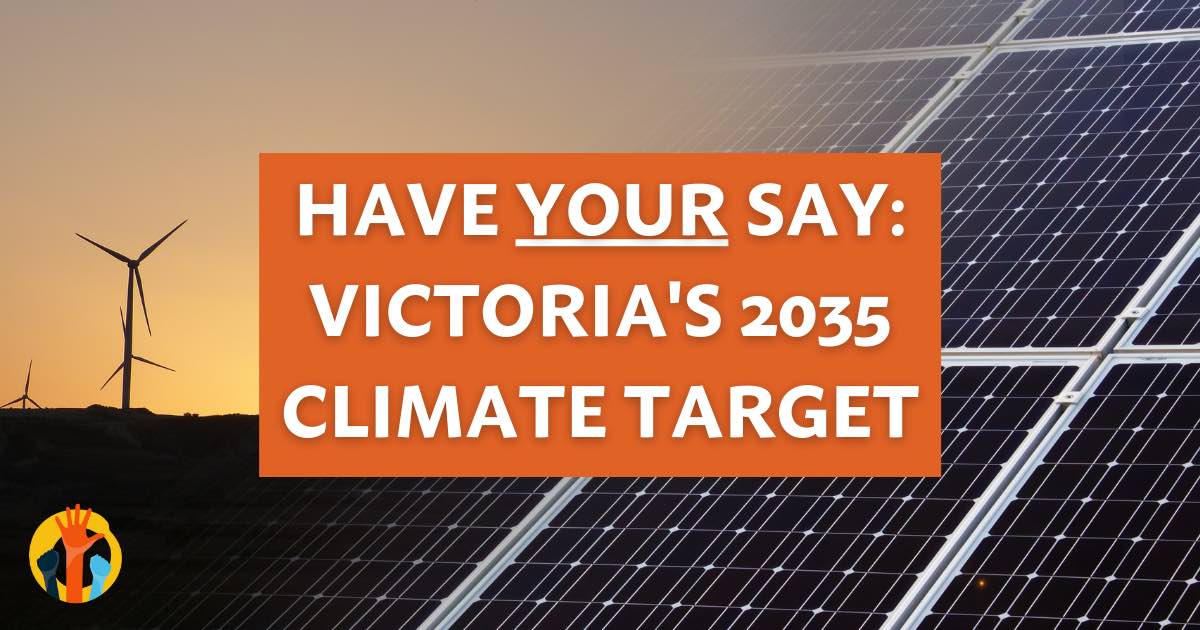 Friends of the Earth Melbourne has made a detailed submission to the panel advising the state government. We are proud to call for a science-based target of net-zero emissions by 2035.
To make it as easy as possible for you to have your say, we have a few actions for you to take:

Based on the strong turnout to our Race to Zero Emissions action in March, we know that communities in the inner eastern suburbs of Melbourne are climate champions.

Our friends from Eastern Climate Action Melbourne are hosting a Community Energy Roadshow in Box Hill on Wednesday 8 June. It's an opportunity for residents to learn about the crucial role of community energy in cutting emissions and how to get projects up and running. Head along to hear how communities are leading the transition to renewable energy. 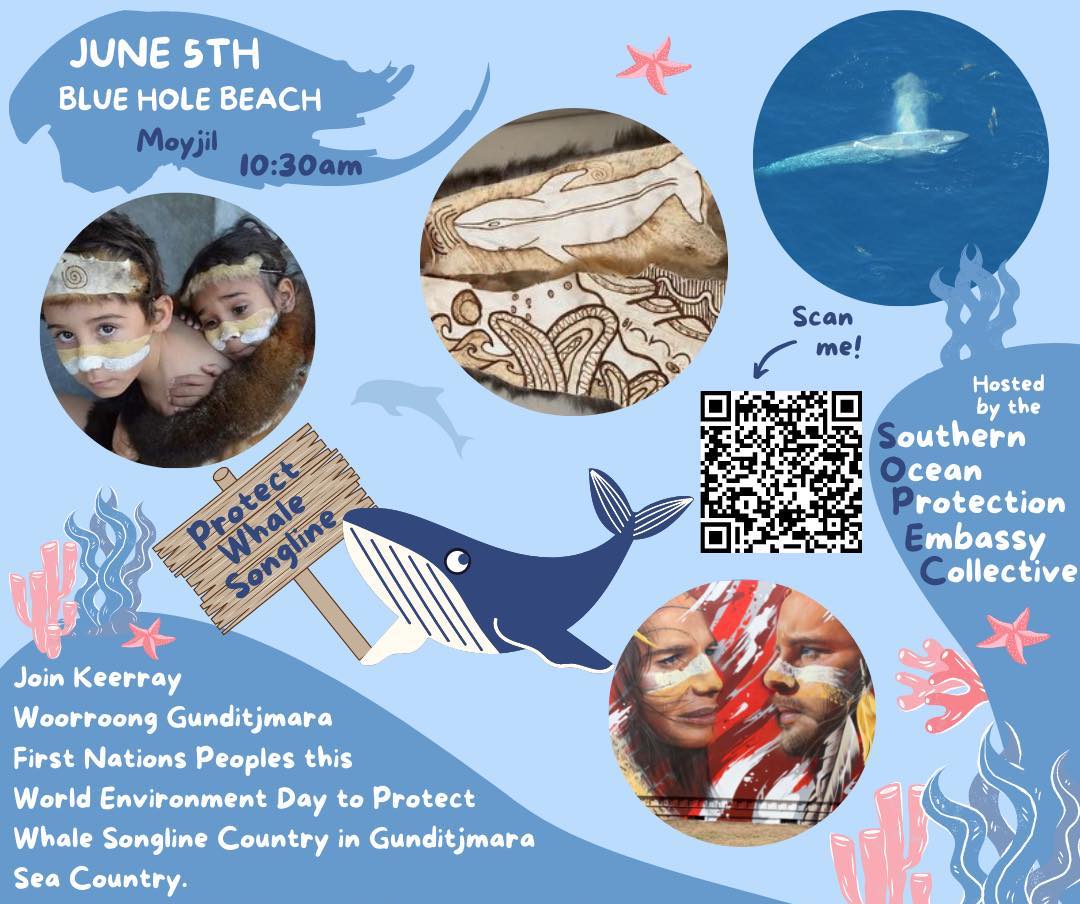 Over the past year we have seen state and federal governments earmark vast expanses of Gunditjmara Sea Country for a massive expansion of offshore gas drilling as part of a national economic recovery.

Please join local community members, climate, and coastal ocean conservation groups on the day to stand in solidarity with the Gunditjmara Traditional Custodians.

UPDATE - STEPPING OFF THE CAMPAIGN TRAIL:

A bit of personal news from yours truly... 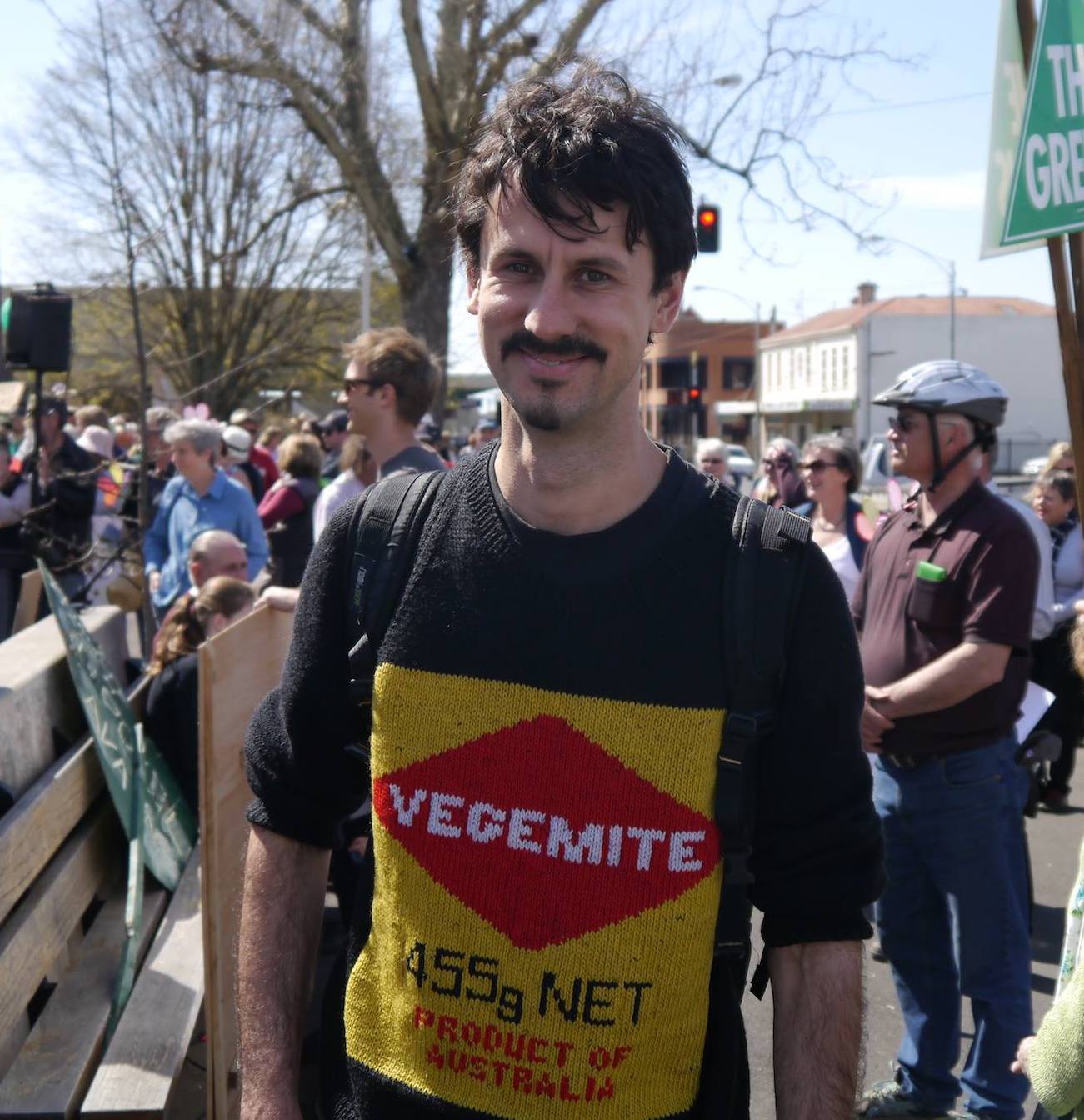 After ten years at Friends of the Earth, I'll be stepping off the campaign trail for long service leave. It's an opportunity to recharge my batteries after five years as Yes 2 Renewables coordinator and another five-and-a-half as Act on Climate coordinator.

I'm proud of leading FoE's successful campaigns to repeal the Baillieu government's anti-wind farm laws; lock in a Victorian Renewable Energy Target; secure passage of the strengthened Climate Change Act; and, most recently, push for Victoria to set a strong, science-based 2030 climate target. These outcomes contributed to a 25 percent reduction in Victoria's greenhouse gas emissions (The Age) and set the state up to deliver deeper cuts in the years ahead.

It has been an honour to support communities all across the state since 2012: The Portland wind workers in the fight for renewable energy jobs; communities in Central Victoria and Macedon Ranges in the push for local wind farms; the Surf Coast Air Action group in the campaign to close Anglesea's polluting coal plant; the Bass Coast locals sounding the alarm over climate impacts on the coast; and all those involved in local climate action groups (you know who you are).

Finally, it has been a privilege to be part of the Friends of the Earth community—learning from the likes of Cam Walker and all the stalwarts that make it a humble powerhouse; collaborating with campaigners and collectives; and helping new entrants to the climate movement find their feet and power.

Rest assured, the mighty Act on Climate collective will continue to be an inspiring and impactful outfit. The incredible Anna Langford is stepping up as campaign coordinator while the energetic Jarred Abrahams will continue our on-the-ground community organising. They'd love your support in the lead up to the November state election and beyond!

If you fancy a social catch up or have tips for things to do or places to visit, then I'd love to hear from you. You can reach me at [email protected].

The climate justice events calendar for June and beyond is taking shape. We'd love to see you at the following:

That's all from me for now. But please get in touch with campaign coordinator Anna Langford if you fancy a chat. Anna can be reached at [email protected]