Road Trip to Heaven and Hell

Five of us squeezed into Brigit’s car, laughed, talked and ate unusual chocolate while Brigit drove us through the traffic jammed outskirts of Melbourne’s suburbs out into Gippsland. We made it through the fog and strange smells to a tree-lined road and arrived at the Seaspray Lock the Gate meeting in time to catch most of the proceedings and Glenda’s wonderful tucker. This town takes its fight seriously, and we all got down to business. It is a time for everyone’s input to the government’s onshore gas inquiry and the Seaspray community is right onto it. 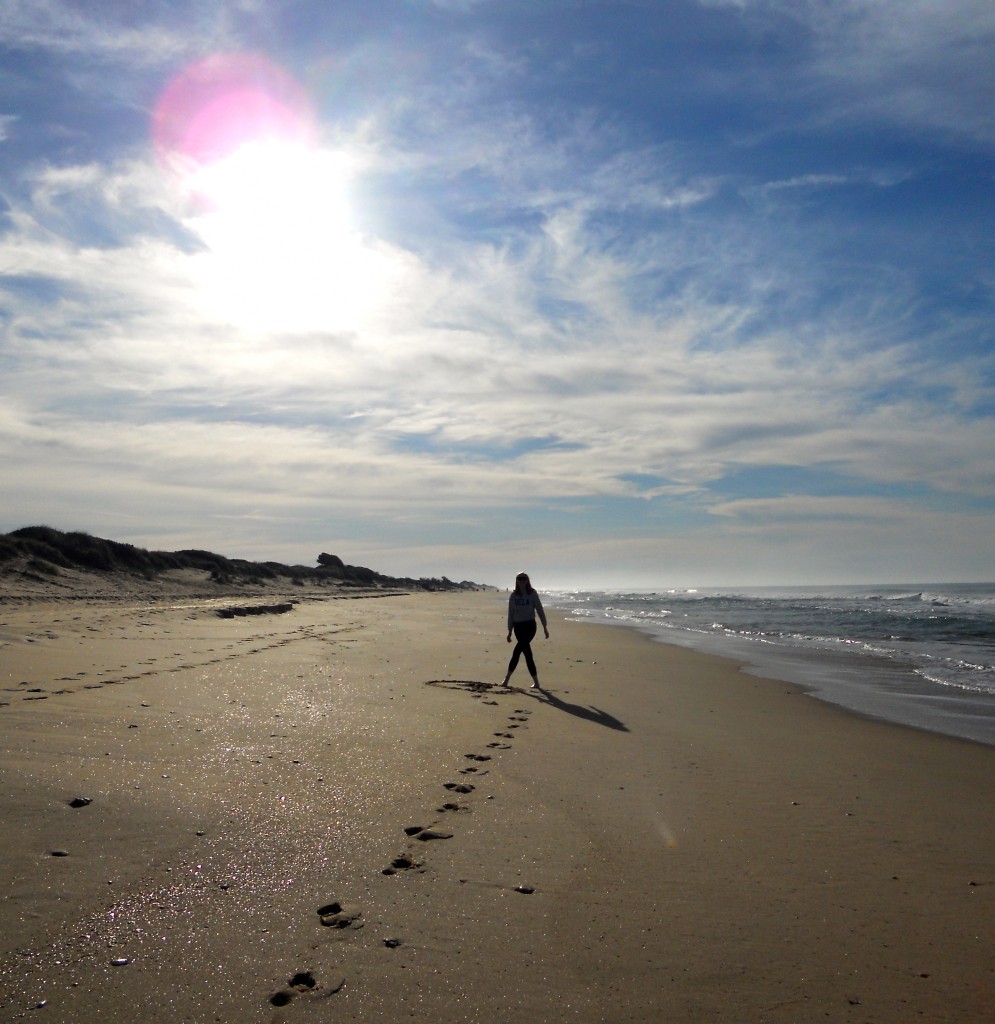 Next day was the Gippsland Alliance meeting followed by a tour of Seaspray’s old gas well sites. We woke early and walked out to the beach through an inviting gap in the sand dunes. There were two distant fishermen trying for salmon and flathead, and a few of us, on ninety miles of pure sand, sprinkled with shells and occasional stones, edged by delicate dunes and clear aqua sea. This is close to where the famous Seaspray human sign was photographed, and it is more beautiful, wild and expansive than any image could show. The seashore is heaven to me, and this is ninety miles of heaven that should remain untouched.

Then it was time for the Alliance meeting with representatives from all of Gippsland’s affected towns reporting back on the hard work they are doing to protect their land, health and water. All are busy, engaged, energetic and keeping up the fight. Ursula ran the meetings with her usual assurance, and matters inevitably turned to the inquiry. We cannot overstate how important everyone’s input is, no matter how personal, practical, technical or not. How it affects us; country or city, these are the concerns we need to express. This became even more evident on the next part of our visit, the tour of the wells.

In the car park outside the Alliance meeting

We followed locals along a dirt track through fields of ferns that brushed the soil from the underside of the car and spread out to meet the tree lines, to the incongruously named Wombat well sites. Here disused wellheads flare pits and long evaporated ponds sit in wide fields of gravel partly overtaken by weeds. We saw trees burned after a bushfire from flaring gone wrong at Wombat 3. If  Lakes Oil gets its way this is the place the trucks would drive in and out to; the glaring lights would shine 24/7; flaring off would throw flames into the sky and toxic chemicals would be pushed deep into the earth and along under aquifers, farmland and trees. Methane would leak into the atmosphere, radioactive materials pushed to the surface along with other cancer causing and growth inhibiting chemicals. This little piece of heaven would soon become hell.

It is over ten years since these wells were used, but the sites remain desolate. The wellhead sits in a cyclone fence cage, rusting, reminiscent of an abandoned Meccano war machine in a playpen. If only it were so innocuous! But here is a piece of farmland turned over to the prospect of extraction a hundred or so metres from someone’s home. On another site the taps have recently been changed. No one knows why, but while ever the menacing pieces of machinery remain in the fields, Seaspray residents can’t rest.

If you have never been to Seaspray, go there now. Go because it is glorious. Go because it is threatened. Go because you may not get the chance to see it again. Most importantly, go to Seaspray to support the local communities fight the onslaught of onshore gas and save this tiny town, in its magnificent setting, from sickness, ugliness and loss.