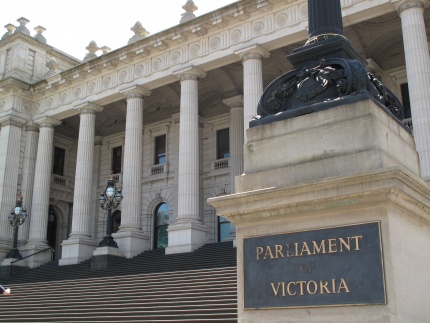 The Andrews government has delivered its second budget which focuses strongly on infrastructure, health, education and family violence.

Environment group Friends of the Earth welcome the modest commitments on climate and renewable energy but say budget 2017 must be a budget for the environment.

“There were a series of modest but welcome commitments made on the environment and climate change,” said Cam Walker, Friends of the Earth campaigns coordinator.

“The Andrews government can prove its environmental credentials by making it the centrepiece of budget 2017.”

“The substantial commitments on Hazelwood and the Latrobe Valley shows that the government has listened to community concerns and, more importantly, is prepared to fund the required public health and rehabilitation response.”

“The Treasurer’s recent announcement that coal royalties will be increased three fold is a wonderful development in terms of sending a message to the energy market. For the first time, a state government is highlighting that there is a need to support the transition away from coal in the Latrobe Valley and is prepared to provide funding to diversify the economy.”

Friends of the Earth say the Andrews government still has to address big-ticket environmental policy items on onshore gas and renewable energy.

With the renewable energy action plan, forthcoming decision on the current ban on onshore gas drilling, and review of the Climate Change Act, the government will need to move decisively in coming months to deliver certainty on climate, energy and provide certainty to farming communities who are deeply concerned about the threat of onshore gas drilling.

“The renewable energy initiatives outlined in the budget are a welcome appetizer to the Andrews government’s Renewable Energy Action Plan. The community is calling for a strong 2020 Renewable Energy Target that puts Victoria on a pathway to 100 percent renewables.”

“The community energy focus is welcome. This is an area where modest government funding can have a big impact.”

The Victorian budget does not detail how the Victorian government will support the renewable energy industry at large.

Friends of the Earth Coal & Gas community campaigner Chloe Aldenhoven notes that communities want an outcome on the onshore gas issue. The 2016/17 budget contains some measures that create space for a permanent ban on unconventional gas development in the state.

“The same approach can be applied to gas policy. As gas prices rise, governments can look to encourage consumers to switch from gas to electricity, creating jobs, significantly reducing home heating bills and protecting the environment in the process.”

“Less reliance on gas for residential use will open huge amounts of gas for use by industry, while also avoiding the damage of rural communities, agriculture and the environment by onshore gas and fracking."