After months of rhetoric about renewables, coal and gas, the Victorian Liberals have failed to deliver a coherent energy policy at their state conference, which was held over the weekend. 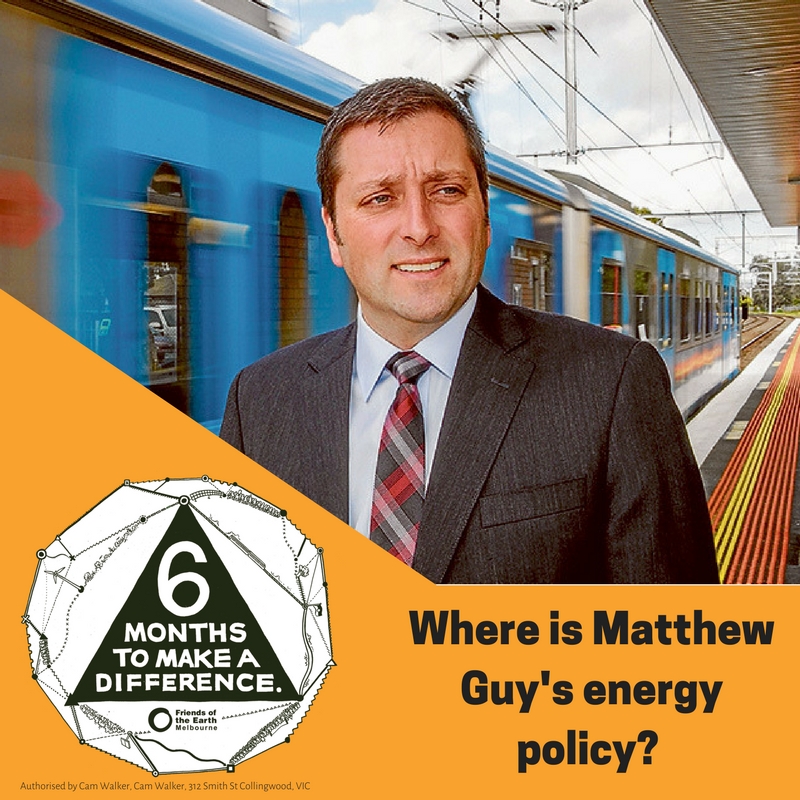 “The Coalition spent months talking up the likelihood of Victoria facing major blackouts over summer because of the closure of the Hazelwood power station” said Friends of the Earth (FoE) campaigns co-ordinator Cam Walker. “There has been talk of paying energy companies to keep aging and dirty coal fired power stations open, and fear mongering about renewable energy”.

“Yet when the leader of the Opposition had the chance to clearly lay out a comprehensive climate and energy policy, he failed to do so. Instead all we got was a commitment to get rid of the moratorium on conventional gas drilling. The Opposition leader said that removing the moratorium will ‘reduce energy prices’ but did not provide any assessment of the likely impacts on wholesale gas prices. This seems to be a ‘thought bubble’ policy that hasn’t been tested or costed.” 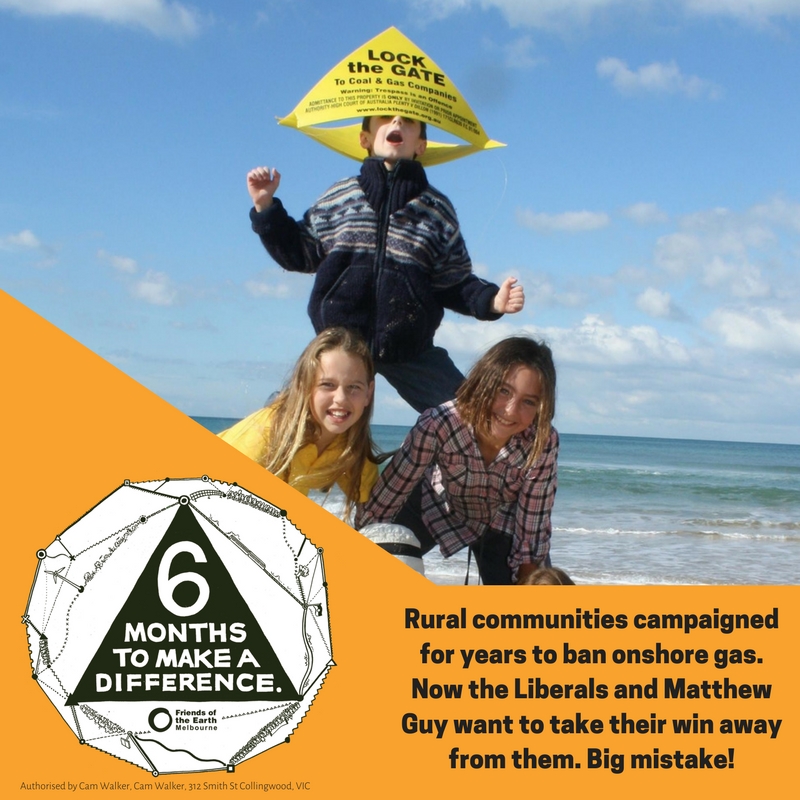 “Previously the Liberals have promised to ‘tear up’ the state’s renewable energy target (the VRET)” said Leigh Ewbank, FoE’s climate campaigner. “Perhaps their silence on renewables at state conference shows that they have realised this position puts them at odds with community sentiment. Renewable energy continues to be popular among all voters, including conservative constituencies.”

“When the Coalition were last in power in Victoria, they enacted the most regressive anti-wind laws on the planet, which brought the development of the wind industry to a stop. The Coalition did this without considering the economic impacts of this law. We hope that in 2018, they have learnt from this poor approach to energy policy, and will deliver a comprehensive platform, which has been costed to consider the job and investment implications, well before the November election” concluded Mr Walker.