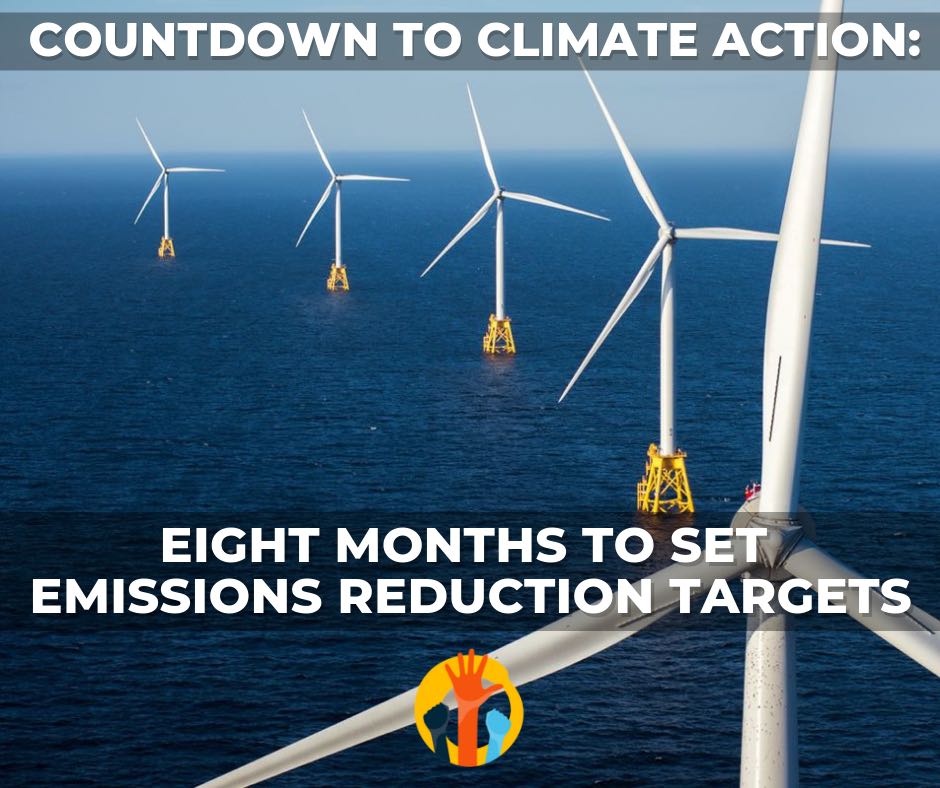 The countdown to climate action continues. The Andrews government has less than eight months to set the state’s first interim Emissions Reduction Targets.

With climate deniers in the Federal Coalition and Murdoch media stalling climate action at the national level, now more than ever we need to see greater leadership in Victoria.

Friends of the Earth’s Act on Climate collective is leading the community campaign for science-based targets that keep global warming below 1.5°C.

If we can get Premier Dan Andrews and the Labor government to commit to bold and ambitious targets, then we can lock in the rollout of renewable energy and set the scene for iconic projects like Star of the South—the offshore wind farm proposed for Gippsland.

OVER 2,200 SUBMISSIONS FOR CLIMATE AMBITION: 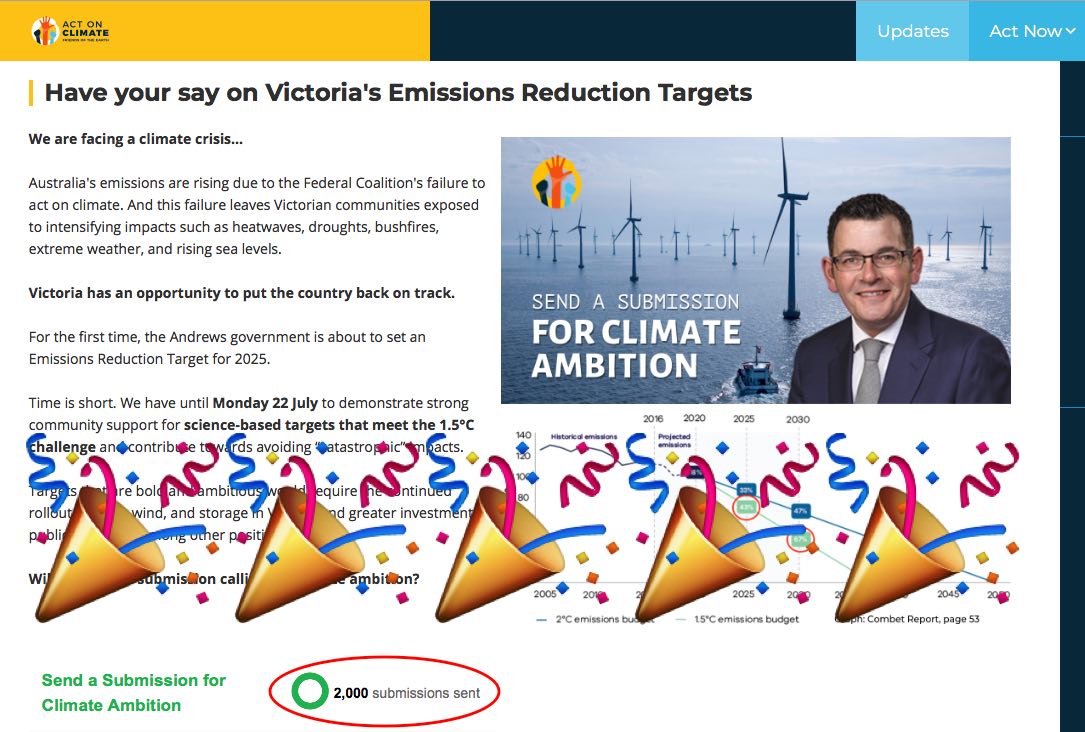 Momentum is building… Thanks to supporters like you and allies in community, the union movement, renewable energy sector, and environment groups, we SMASHED our target for submissions.

The Andrews government must now take into account over 2,200 submissions calling for it to set science-based Emissions Reduction Targets. That figure represents a ten-fold increase on the number of submissions supporters sent to the Combet Review just a year earlier.

With the decision-making process ramping up, this success is a springboard for more community action. 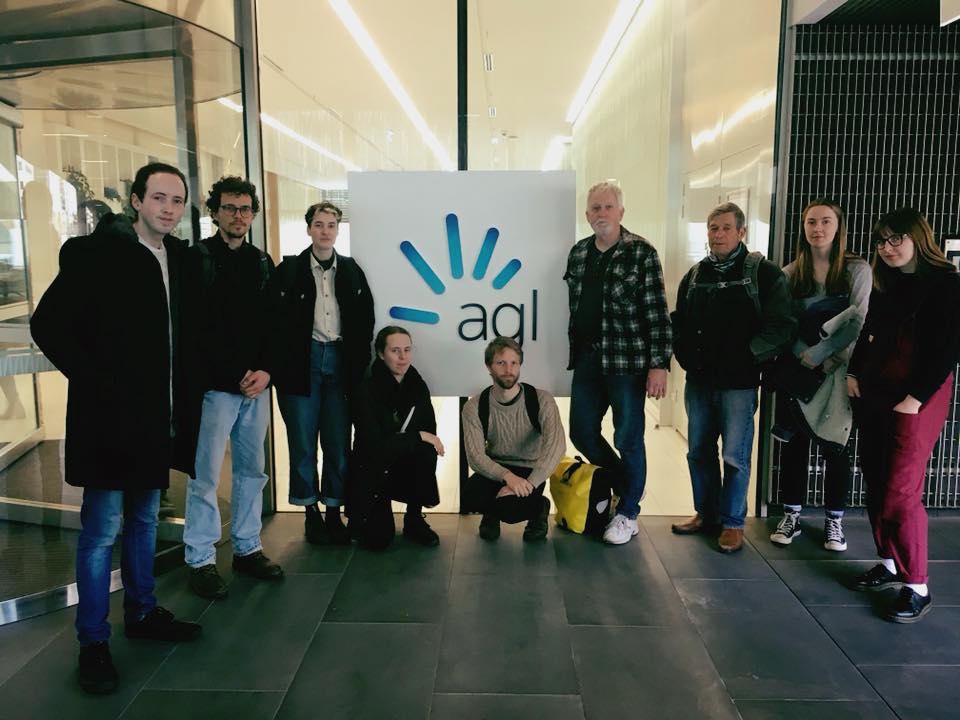 We put the Climate Blockers on notice in July. Campaign stalwart Anna Langford and collective members hand-delivered letters to the big polluters and lobbying organisations most likely to stand in the way of ambitious emissions cuts.

We called on each recipient to support climate leadership from the state government as well as expressing a commitment to publicly support:

The hand-delivered letters resulted in some correspondence, including from EnergyAustralia (the owner of Australia’s dirtiest power plant, Yallourn) who responded via Twitter. Take a look.

We’ll be keeping an eye on the Climate Blockers in 2019 and are looking forward to seeing their submissions. 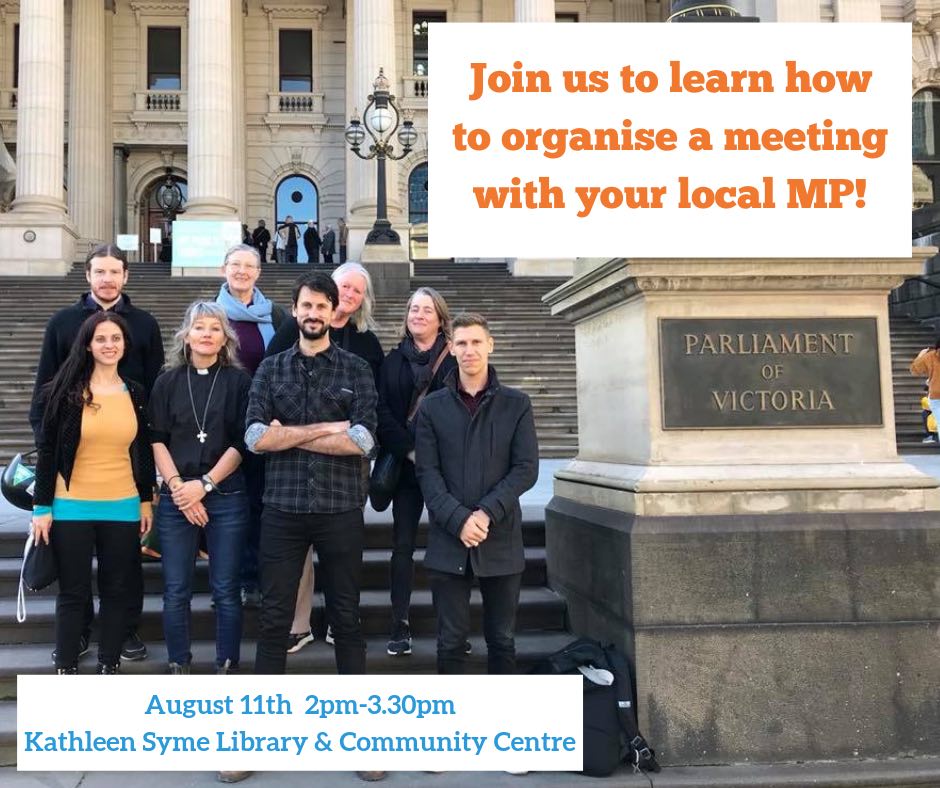 The big polluters and industry lobby groups will be working behind the scenes for loopholes and low ambition.

It’s why we’ve launched a community-led lobbying blitz. We need your help to meet with as many state Labor MPs as possible to encourage them to champion climate action and lead the drive for less than 1.5°C.

If you're willing to meet your local member, then join us for a briefing on our strategy. We'll cover everything you need to know about MP meetings, getting good press and social media coverage, and, most importantly, having an effective conversation with a politician. 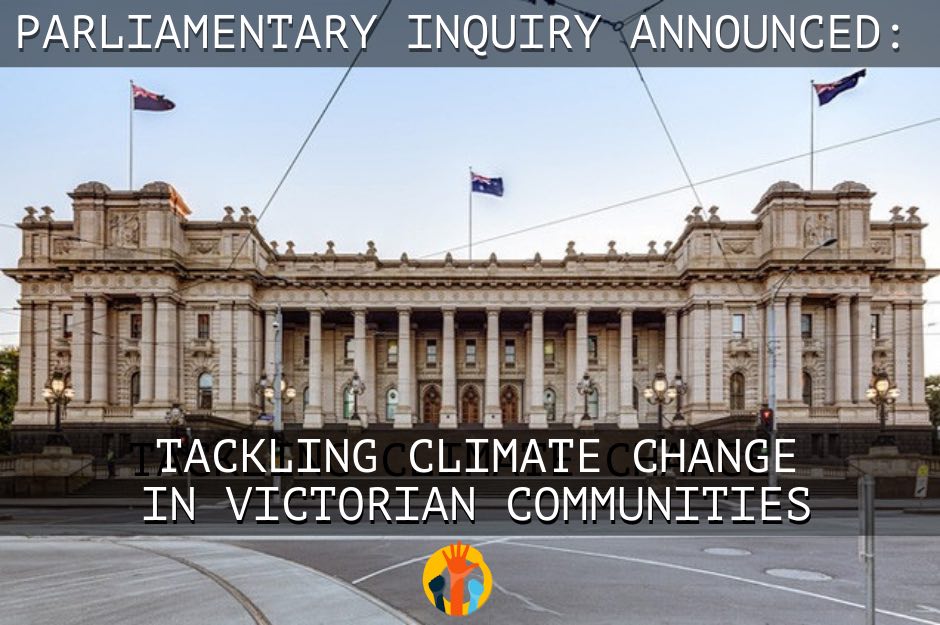 The Victorian Parliament's Environment & Planning Committee will conduct an inquiry into what communities are doing to tackle the climate crisis and how the government can support them.

We're keen to seize this opportunity to educate MPs about community action and local climate impacts as well as building the case for bold and ambitious solutions such as the Climate Budget.

Read our blog on the inquiry and help us get started by sharing your story! 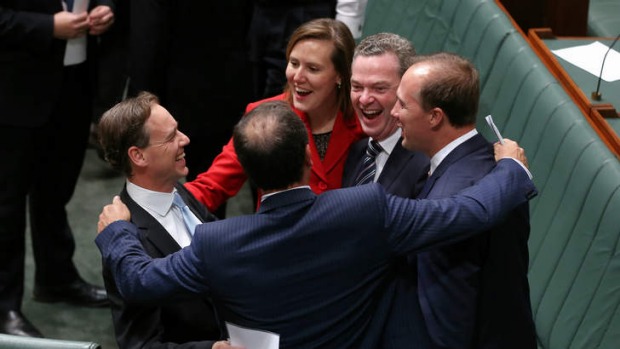 On the fifth anniversary of the carbon price repeal, Friends of the Earth wrote to Prime Minister Scott Morrison and Minister for Emissions Reduction Angus Taylor urging them to act on climate.

Our letter noted that Australia’s emissions had increased on the Coalition’s watch and outlined three simple ways the government could show a commitment to climate action. Take a look at RenewEconomy’s coverage for more info. 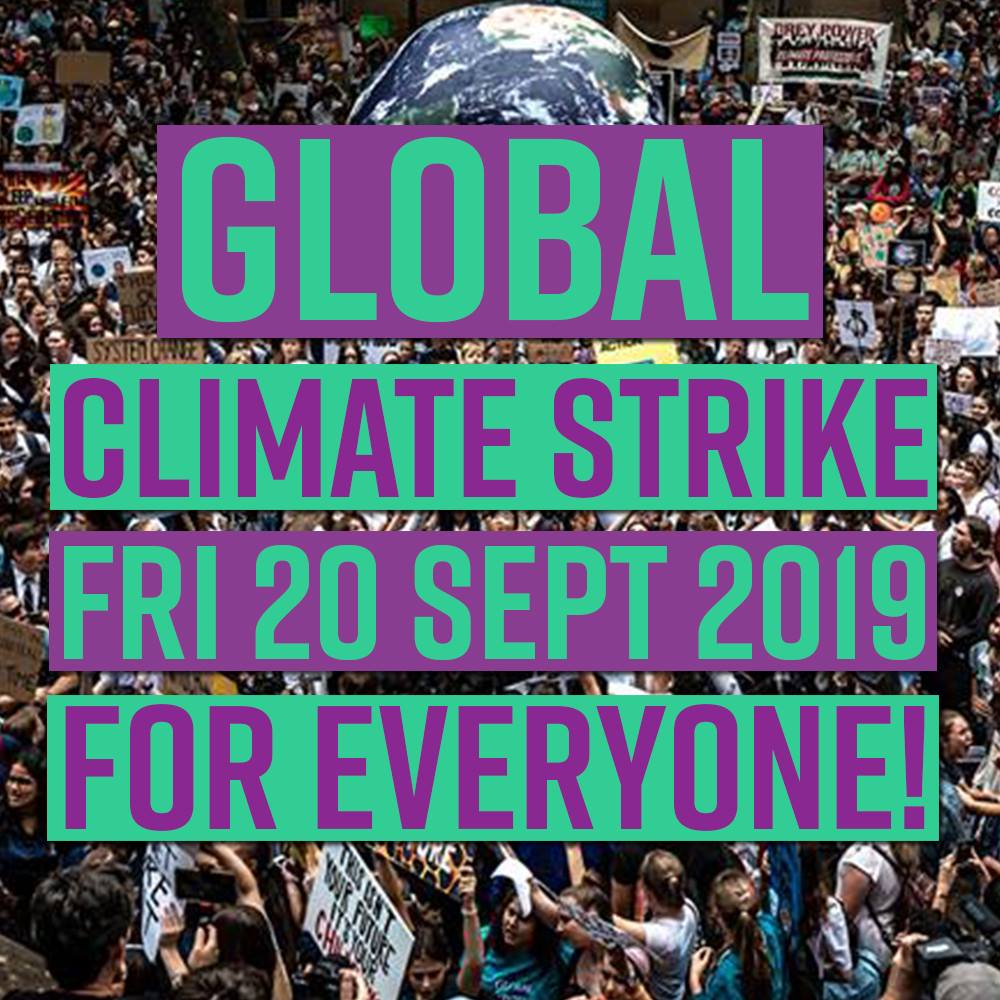 There are plenty of fun events coming up in August and beyond. This month is all about honing skills and supporting the movement. We'd love to see you at the following:

And remember, you're always welcome to join us for weekly Act on Climate meetings at Friends of the Earth's home base in Collingwood (Mondays at 6pm).

THANK YOU FOR THE SUPPORT:

A big thank you to everyone who supported us by making a tax-time donation this year, including Caitlin Roberts who ran a half-marathon at the weekend and donated the funds she raised to Act on Climate.

Every dollar helps keep us fighting for ambitious climate action. If you have a few spare bob and would like to chip in, you can do so here.