The Otway Climate Emergency Action Network (OCEAN) has taken to the streets of Apollo Bay to raise awareness about the impacts of seismic testing in the Otway Basin and learn about the sacred Koontapool songline threatened by offshore gas exploration.

Every year in June, Koontapool (Southern Right Whales) return to their birthing grounds along the coastlines of South West Victoria.  Travelling up from the colder Southern and Antarctic waters, they use the southern coast, waters and songlines to navigate their journeys to and through Gunditjmara Sea Country to feed and birth. These families of Baleen cetaceans, sonar/song speaking navigating mammals, are Gunditjmara Ancestors.

The Southern Right Whale Birthing Country extends across the whole of Gunditjmara Sea country, spanning from the Western Victorian Border eastwards as far as Aireys Inlet.

OCEAN protecters walked along Apollo Bay Foreshore, joined by members of Friends of the Earth, and the First Nations-led Southern Ocean Protection Embassy Collective to call for a stop to seismic blasting in the Otway Basin which spans the coastal waters along of south western Victoria.

Seismic testing is used to locate gas and oil reserves deep below the ocean floor.  Lisa Deppeler from OCEAN explained the impacts of this dark, dirty and destructive industry, out of sight and mind of the everyday person.

"Seismic testing involves an air gun that creates a 256-decibel blasts. This is the equivalent of 4,000 jet engines at 50 metres. In fact, 256 decibels is no longer a sound, it’s more a massive pulse of energy and it kills marine life. The blasts go off every 10 seconds non-stop, day and night, often for months on end while a survey ship completes a grid patten of the title area. The sound waves sicken and kill many marine creatures. Every blast kills most of the zooplankton within a 1 to 2 km range of the air gun. Zooplankton includes the suspended eggs and juvenile stages of many marine species; it is the foundation of marine life and biodiversity of the ocean. With the tides moving across the survey area, the number of zooplankton exposed to the blast is increased exponentially, a bit like a conveyor belt, creating vast tracks of dead spots across the ocean." 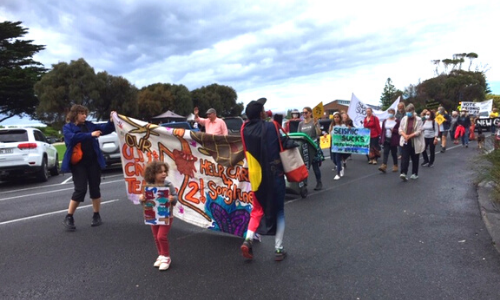 Proud Gunditjmara Woman, Yaraan Bundle spoke after the march about bringing awareness to sea country and protection of the Southern Right Whale (Koontapool) and their song line country. She paid her respects to the Gadubanud country and praised OCEAN on their efforts to care for country.

"We don't want no new gas wells on our sea country. We don't want any seismic testing. No way. They've got enough solutions these days to make sure that doesn't happen. Anything that goes ahead now is a cop out... There's education, eco-tourism there's jobs in protection on. There's so much more to the ocean than taking from it."

Please have a listen to Yaraan, she is inspiring! 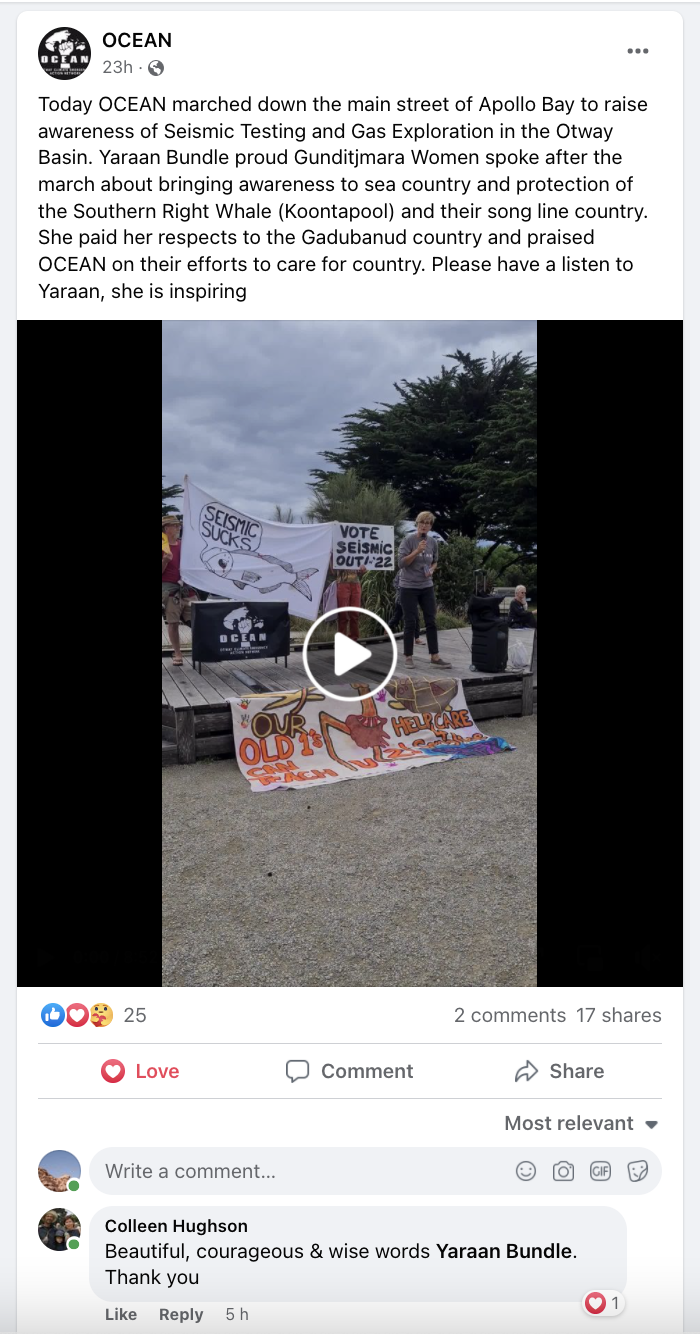 DATE: Sunday March 13th
WHERE: Meet at the Mechanics Hall, Apollo Bay
TIME: 10.45am for an 11am start

World Oceans Day aligns with the return of Koontapool to coastal waters.

FoE's No More Gas Collective is working alongside OCEAN and SOPEC to raise awareness to the threat of offshore gas on World Oceans Day, coming up in June. On this day, communities are invited to stand up against the dangerous industrialization of coastal landscapes which threaten marine life and culture, and participate in a peaceful demonstration of strength and solidarity on Southern Ocean Sea Country. 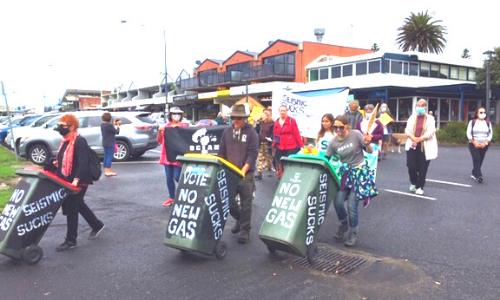 Support our work to boost our No More Gas efforts! We appreciate your support.