On Saturday November 29, Victoria goes to the polls. And thousands of Victorians across the state will vote for renewable energy.

We have prepared a simple policy scorecard to show where the major parties stand. 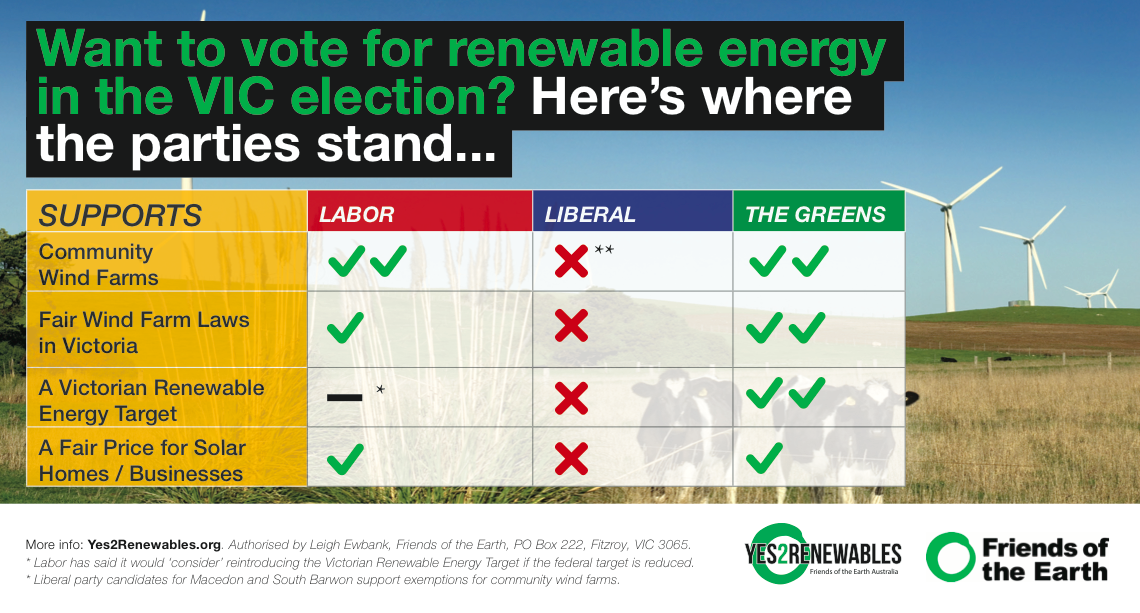 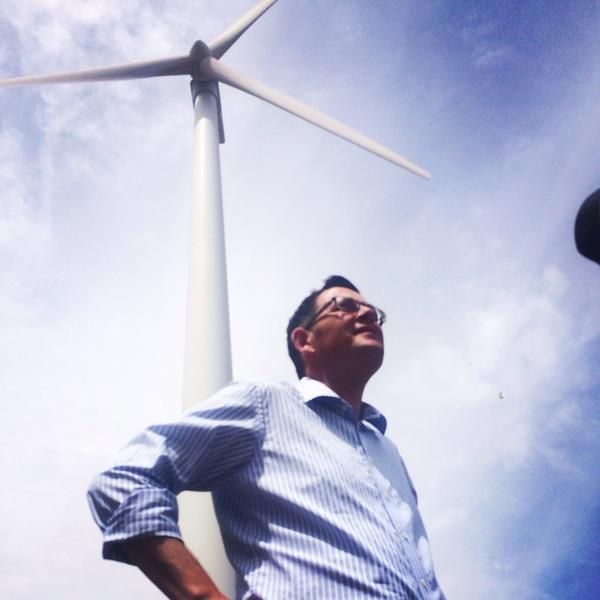 If the Labor party forms government it will allow community wind farms in the Macedon and McHarg Ranges, where a blanket ban on wind farms currently exists.

Labor will remove the worst aspects of the Coalition’s anti-wind farm laws. It will remove the 2km right of veto that allows householders to block wind farms, which will be replaced by a 1km buffer zone (in line with New Zealand noise standards).

Under a Labor government, the planning minister will return to the ‘responsible authority’ status, taking the burden of assessing planning applications from over-stretched local councils.

Labor will direct the Essential Services Commission to inquire into the true value to the grid of distributed generation and “ensure that energy retailers cannot discriminate against rooftop solar customers by charging extra supply fees” (Lily D’Ambrosio, RenewEconomy)

The Coalition has not released a renewable energy policy or a comprehensive environment policy. It has not commented on a Victorian Renewable Energy Target or fair pricing for solar homes and businesses. 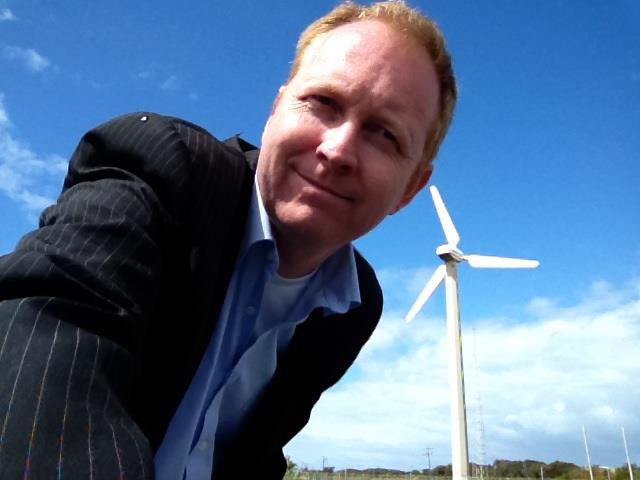 The Victorian Greens will repeal the full suite of anti-wind farm laws introduced by the Coalition government.

The Greens will support the continuation of feed-in-tariffs that pay a fair price for solar. The party will introduce a law enshrining the right for Victorians to connect solar to the grid. It is committed to ending discriminatory charges on solar homes and businesses from energy companies.