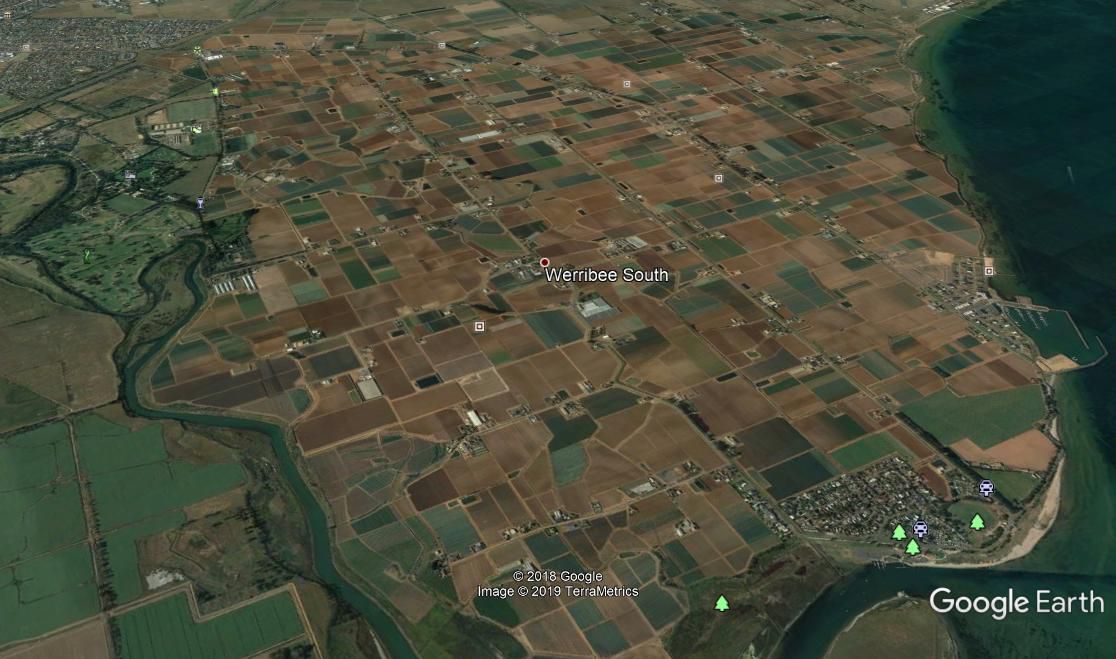 PFAS (per- and polyfluoroalkyl) substances have been described as “the next asbestos” and have been used in a diverse range of products including: fire fighting foam, scotch-guard, non-stick cookware, fast food wrappers etc. They are bio-accumulative and repel water. They are ubiquitous in the environment. The source of PFAS entering water treatment plants is both from human waste and industrial sources.

Almost every human on the planet would have PFAS in their bodies. PFAS can impact on the immune system and has also been linked with: Increased cholesterol levels, changes in liver enzymes, increased risk of testicular and kidney cancer and a suite of potential other problems. 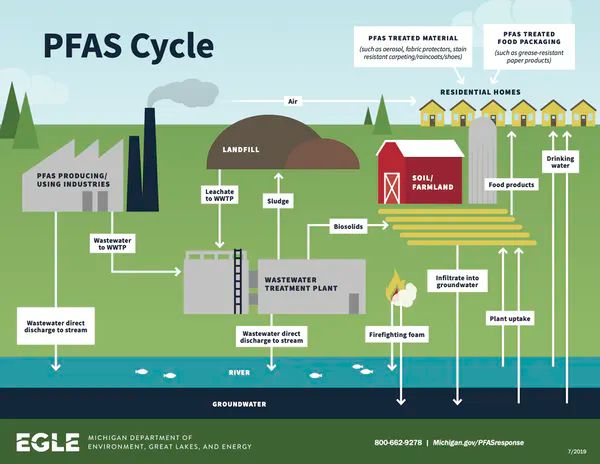 PFAS has become a serious headache for the Victorian Government. One of the state's major infrastructure projects, the $6.7 billion dollar West Gate Tunnel has stalled and is facing legal challenges by well organised community campaigns at Bacchus Marsh, Werribee, Sunbury and Bulla who don't want PFAS contaminated soil dumped in their communities. All Metropolitan Fire Brigade (MFB) stations have also been found to be contaminated with PFAS. The ExxonMobile Longford Gas Plant, the RAAF base at Sale and Tullamarine Airport have also found to be contaminated, as well as many other sites, including wetlands across the state.

In December 2020, Friends of the Earth broke the news that the water authority for the small community of Seaspray in Gippsland had detected PFAS in the drinking water. Gippsland Water had also detected PFAS at numerous waste water facilities in Gippsland. FoE also gained access to Melbourne Water data during this time.

Recycled water from the Eastern Treatment Plant is mostly used on site, but 28% is used on crops in the Cranbourne-Clyde region, supplied through the Eastern Irrigation Scheme. As mentioned earlier, the Western Treatment Plant provides water to the Werribee Irrigation area, with most recycled water however, being used for agricultural use onsite. Recycled water is also used in some suburbs through "purple hose schemes". Melbourne Water also supply biosolids to local farms where it is used as a soil conditioner.

The FoI revealed that both Class A and Class C recycled water at both treatment plants are contaminated with PFAS with the average sum of PFAS being ~0.11 parts per billion. Biosolid data also showed levels of PFAS in many samples. 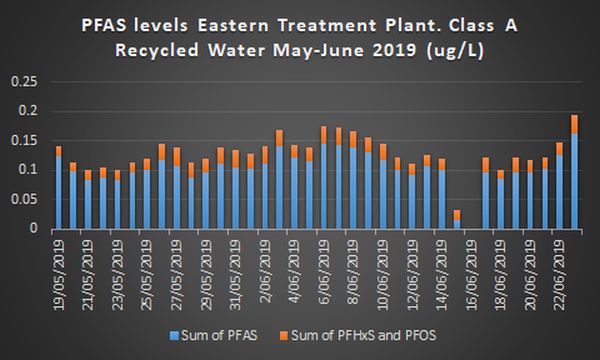 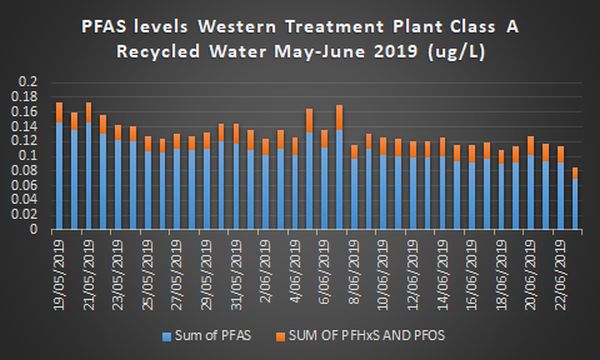 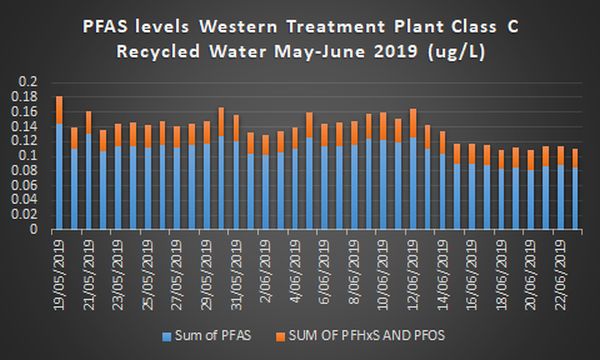 FoE is concerned that PFAS tainted water and biosolids could be making its way into food crops where recycled water is applied, not only tainting produce, but also contaminating soils where the recycled water and biosolids are applied. Studies have documented PFAS absorption by some crops — lettuce, tomatoes and radishes among them — from soils fertilised with biosolids. FoE is also concerned that the Victorian and Federal Government's are not testing for PFAS in food crops where PFAS tainted water may be used. The issue may also have profound implications for the organic food industry, where although pesticides may not be used on produce, water containing PFAS may possibly be used on crops. Soil contamination is also a major worry.

FoE will endeavour to keep track on these issues over the next couple of years. The issue is bound to gain some media attention in the near future, although at this stage most media outlets in Australia have not been drawn into reporting on the recycled water/biosolids issue. As recycled water schemes are being rolled out across the country there could be a scenario of tens of thousands of hectares of farmland being contaminated with PFAS chemicals. FoE is not opposed to the use of recycled water, but believes that it has to be treated to a level that reduces all pollutants including PFAS chemicals.

Ultimately though, the only way to remove PFAS chemicals from waste water schemes is to ban its use entirely from the source.