We’re honoured and excited to announce that our People’s Climate Strategy for Victoria project has been nominated as a finalist for the 2021 Victorian Premier’s Sustainability Awards.

This project was an incredible grassroots effort carried out by over 1,000 people around the state in 2020 and 2021.

Unlike our usual style of on-the-ground community campaigning, most people involved never got to meet each other as almost the entire People’s Climate Strategy was formed during the lockdowns. 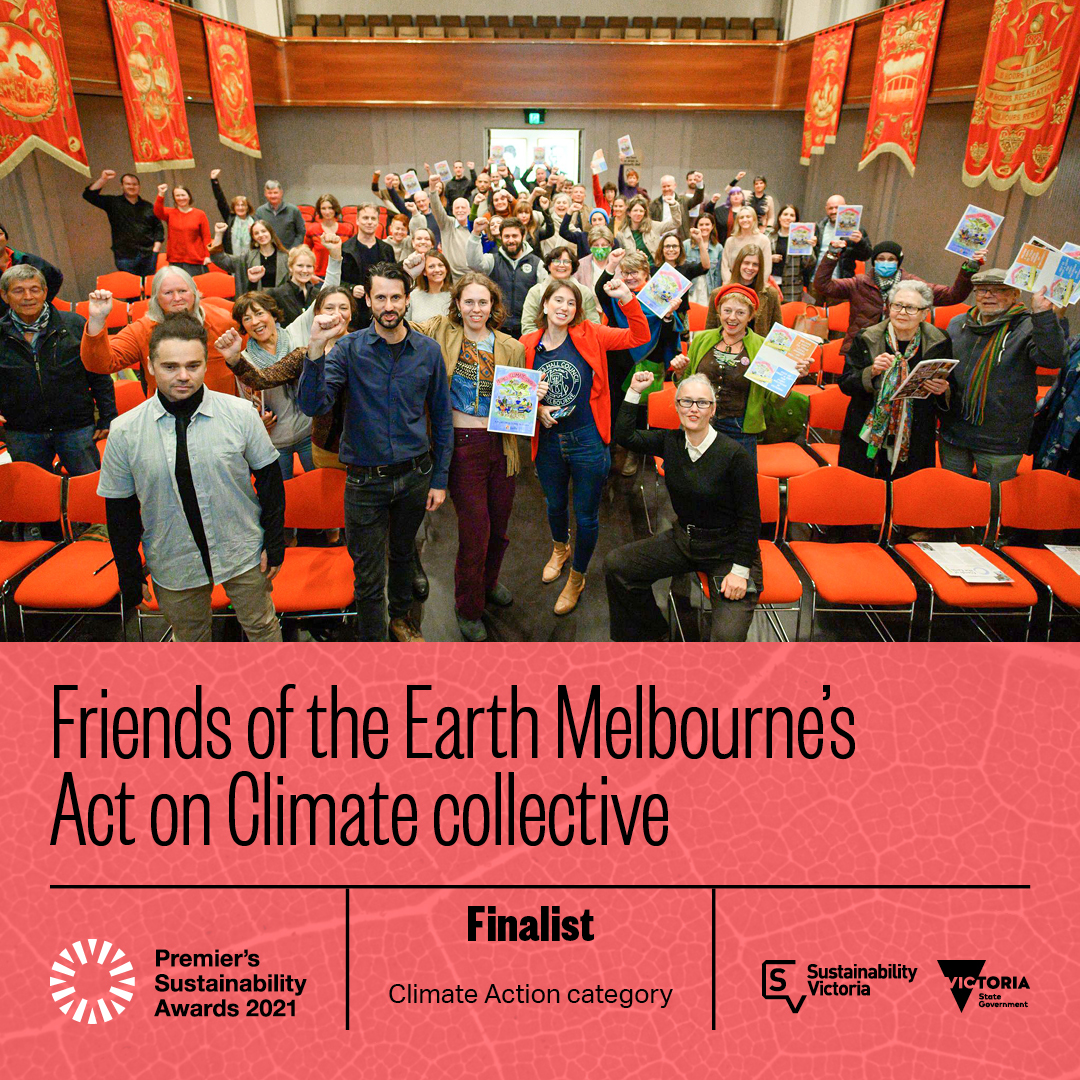 We started the project when it became apparent to us that the Victorian government would not be able to write the state’s first climate strategy, due in October 2020, as they went into emergency response to the unfolding pandemic.

We saw a gap for the community to step into and form a collective People’s Climate Strategy to present to the government: our vision for ambitious climate action rooted in social justice.

Over 1,000 community members completed surveys, attended events, voted in our Climate Solutions dot-democracy, sent in their big ideas for action and delivered copies of the People’s Climate Strategy to their local member of parliament, among dozens of other actions that shaped this project.

It’s testament to the strength of the vision we formed together that the government has recognised it as a worthy nominee of the Sustainability Awards.

Whatever the result, we can be very proud of what we achieved together.

Thank you to all community members for your contributions to this project in such trying and unusual times. Hats off to you all, and to the other nominees!

And finally, you can join us on the awards ceremony night by registering here.