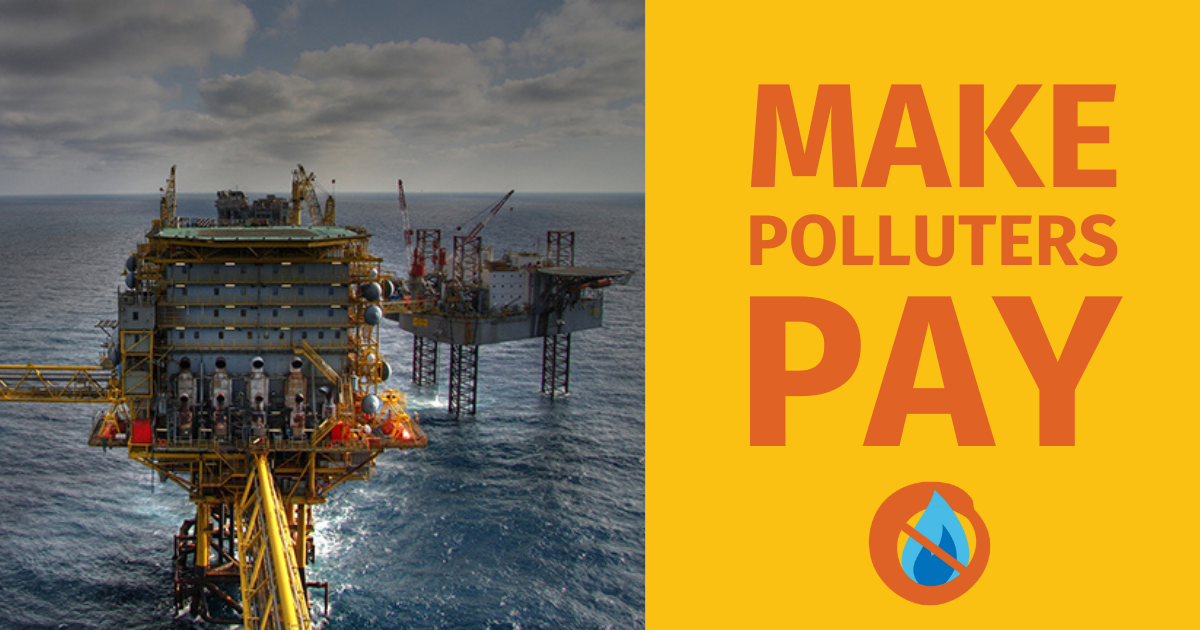 In the lead up to the climate negotiations in Scotland, the federal government is under ever greater pressure to deliver a meaningful set of climate commitments before the meeting. There is even discussion of the federal Coalition adopting a Net Zero by 2050 position, despite sustained opposition from both the Liberal and National Parties. In spite of this, support for gas within the Coalition remains rock solid. It is actively promoting new offshore projects.

But a new levy on the offshore oil and gas industry offers a chance to ensure companies don't walk away from their projects and leave the bill to the taxpayer. It could also influence how many new projects are developed.

In mid June 2020, it was announced that more than 80,000 square kilometres of new offshore acreage was being offered to oil and gas explorers in Australian waters. The 21 blocks range from the Browse, Carnarvon and Bonaparte Basins off Western Australia, and other basins off Victoria and Tasmania. Bidding on the blocks is due by March 3, 2022.

If even a handful of these areas are developed, it will lock in many more decades of greenhouse pollution. This is a watershed moment, where many investors are shifting from fossil fuels, the industry is struggling for social license, and faces the threat of investing in what will become stranded assets. There is also a looming issue of how they will respond when production ceases and they need to clean up infrastructure like gas rigs and pipelines.

Avoiding costs to the taxpayer

Cleanup is also looming as a major risk to the taxpayer.

It was recently reported that BHP has agreed to merge its $20bn worth of oil and gas assets into Woodside, creating a company that will rank among the top 10 petroleum companies in the world, in return for 48% of the newly enlarged entity.

Woodside Petroleum has not given a guarantee it will pay for billions of dollars in decommissioning and remediation costs linked to a portfolio of oil and gas fields it has agreed to take over from BHP.

Green groups say Woodside lacks credibility in paying for clean-ups after selling a floating rig, Northern Endeavour, for a nominal amount to a company that collapsed three years later without paying decommissioning costs, which are estimated at between $200m and $1bn.

Australia has over 2,000 offshore wells, around 30 platforms, and thousands of kilometres of undersea pipeline around its Commonwealth waters. Many of these are coming to the end of their working life and will need to be rehabilitated in coming years.

$60 billion of decommissioning is a lot of work and a lot of jobs. A levy will ensure the money is there to do the work, clean up the infrastructure, and secure those jobs.

We need a way to ensure that existing operators, who often pay very little tax, don’t find a way to walk away from their commitments to clean up old oil and gas infrastructure.

An industry wide levy to cover the costs of remediation

In a welcome move, the Morrison government announced in May 2021 that it would impose a temporary levy of 48¢ per barrel on the entire industry to fund a potential $1bn in remediation costs of a floating rig in the Laminaria and Corallina oilfields and associated infrastructure in the Timor Sea formerly operated by Woodside Petroleum. The Federal Government has been responsible for maintaining the Northern Endeavour floating storage and production facility and the associated Laminaria-Corallina fields since February 2020, when the owners were placed into liquidation.

The Offshore Petroleum and Greenhouse Gas Storage Amendment Bill creates a trailing liability for offshore petroleum companies, effective retrospectively from January 1 this year. It gives government call-back powers to force previous owners of an asset to pay for decommissioning if the current owner cannot.

Companies can put off rehabilitation, which poses a threat to workers and the marine environment. The longer we wait to force companies to carry out full remediation, the more dangerous equipment becomes. If the wait to decommission extends excessively, equipment can fall into a state of disrepair, which makes the work unsafe to perform, as occurred with the riser turret mooring of Woodside's Nganhurra floating production storage and offloading vessel.

Implementing the levy was a wise move by the Coalition, one that has been strongly opposed by the fossil fuel industry.

This temporary levy is the precedent we need to ensure that companies can’t walk away from their mess. Prime Minister Morrison should make it permanent.

It should be noted that the new approach does not apply to oil and gas infrastructure on land or within three nautical miles (5.6km) of the coast, where states have jurisdiction.

If the fossil fuel industry isn’t happy, then it’s probably a good idea

Australian Petroleum Production and Exploration Association (APPEA) chief executive Andrew McConville said: “Any levy is unreasonable in any form, but one being so extreme will be a major disincentive for investment at a time when policy stability and certainty is critical.”

If the government can be convinced to extend the levy to help cover all the future decommissioning costs of the industry, and strengthen the laws that currently govern decommissioning, it will act as a break on future offshore development. And it will ensure that the Australian community is not left to foot the bill for cleanup. It is only reasonable that the transnationals pay to clean up the mess from their very profitable activities.

If you would like to see the temporary levy made permanent, then please send a quick message to the Prime Minister.